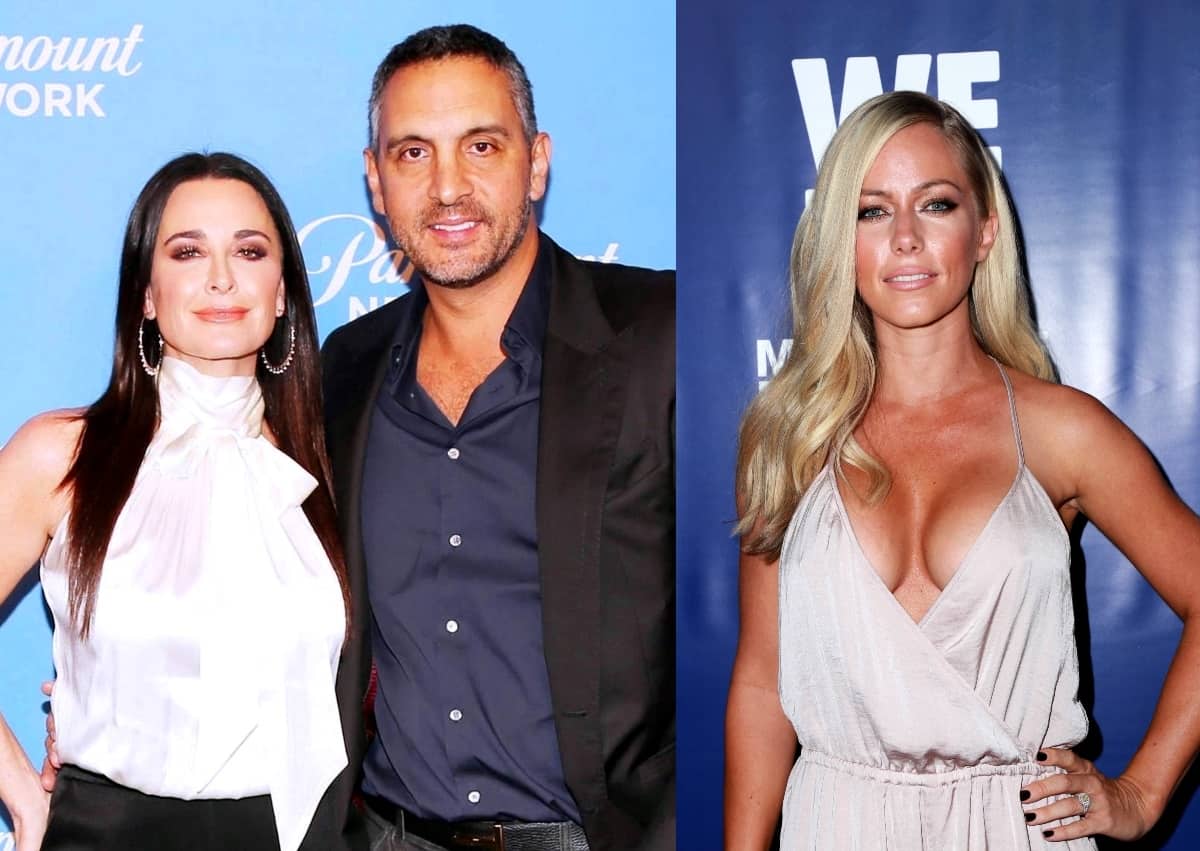 Kyle Richards is said to be on “high alert” after learning former Girls Next Door cast member Kendra Wilkinson, a Playboy model, would be joining her husband Mauricio Umansky‘s team at The Agency.

While an insider claims Kendra, who got her real estate license just months ago, is “so excited” to be a part of Mauricio’s real estate firm, the Real Housewives of Beverly Hills star is allegedly looking over her shoulder constantly to make sure that Kendra and the other ladies of the company aren’t getting flirty with her spouse.

According to the report, the RHOBH star is not on board with the idea of her husband working with the 35-year-old mother of two. Kyle worries that Kendra, and other females working alongside Mauricio, may not respect their 24-year marriage.

“Kyle’s always looking over her shoulder to make sure that the women aren’t flirting with Mauricio. Now he’s gone and hired one of the Girls Next Door!” the insider continued.

While Kyle’s rep denied any bouts with jealousy, the insider insisted, “Kyle needs to be wary.”

Back in June, Real Housewives of New York City star Jill Zarin expressed concern for Kyle and Mauricio’s marriage while appearing on Us Weekly’s podcast.

“I think they are a really great couple, but I know that [Bobby Zarin] and I after a few years, I felt it. I felt shaky. Not very shaky, but I felt a little shaky and I hope she gets off [RHOBH] before anything happens to her and Mauricio,” she explained.

Weeks later, while appearing on Watch What Happens Live, Kyle said that while she understood where Jill was coming from, there was no need to be worried.

“I just think that she was coming from… because there is that supposed jinx with marriages and the Housewives. But we’re going strong, almost 25 years married,” Kyle explained.