Home Real Housewives of New York City News AI’s Constantine Maroulis Dishes on Dating Ramona, Luann and Tinsley From RHONY, Gets Questioned About Who is the Best Kisser, Plus He Explains Why He Thinks Bethenny is So “Hot”

AI’s Constantine Maroulis Dishes on Dating Ramona, Luann and Tinsley From RHONY, Gets Questioned About Who is the Best Kisser, Plus He Explains Why He Thinks Bethenny is So “Hot” 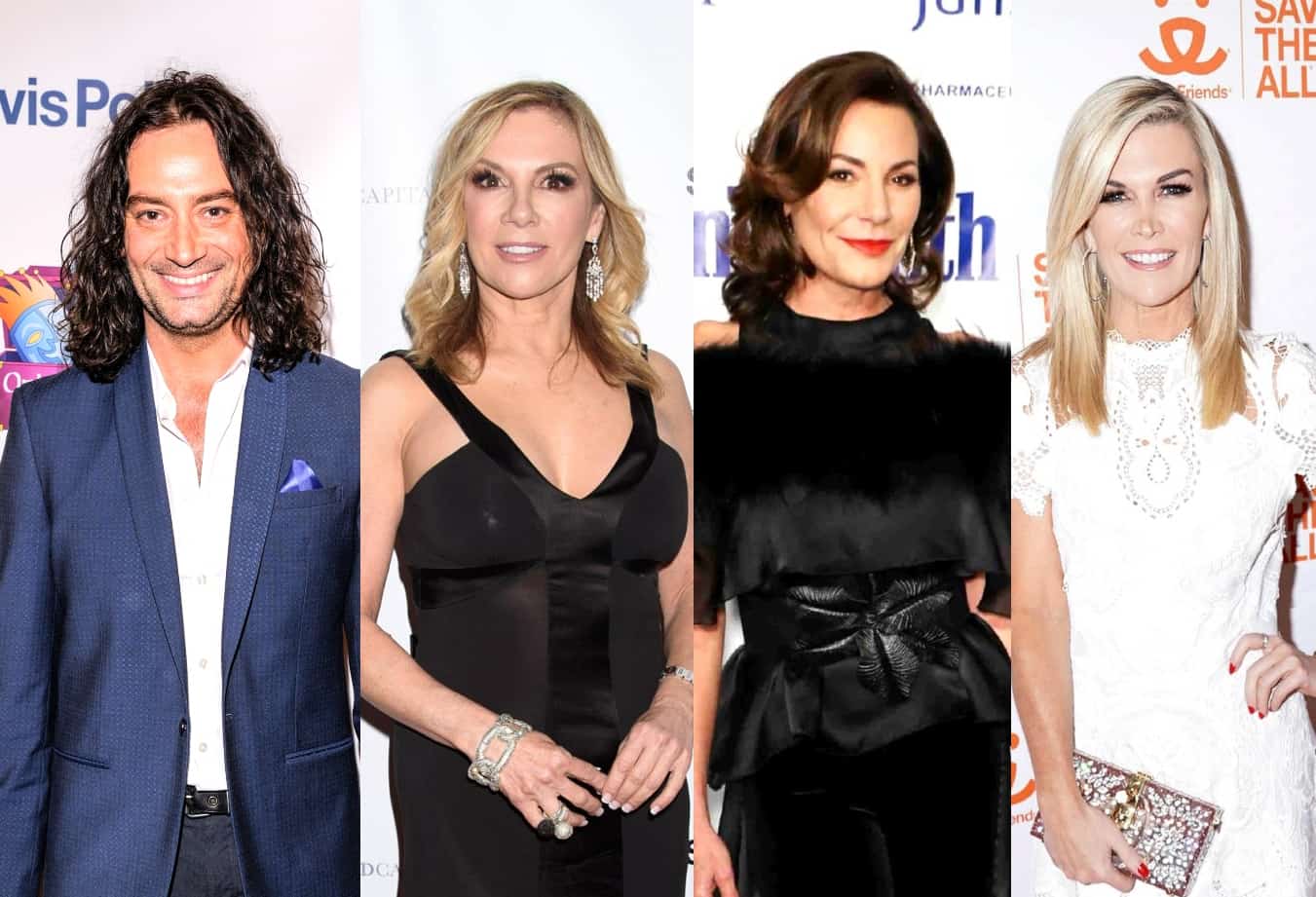 Constantine Maroulis is setting the record straight about his past relationships with the cast of The Real Housewives of New York City.

After the ladies of the show were seen discussing an American Idol contestant who dated several cast members, Constantine confirmed he is the mystery man in question before dishing on his time with the women, answering a question about the “best kisser, playing “Marry, Shag, Kill,” and gushing over “hot” Bethenny Frankel.

“My phone started blowing up [and] I didn’t really know what was happening,” Constantine admitted on the Behind the Velvet Rope with David Yontef podcast of the moment in which he learned he had become a hot topic on RHONY. “A couple of people sent me the video and I was like, ‘They’re definitely talking about me.’ I still haven’t watched it yet [but I know] they bleeped out my name. I don’t know why they did that, but that’s cool.”

According to Constantine, 44, he loves the ladies of the show and finds them to be “super hot.” However, when it comes to an actual relationship, he said they are all “just” friends, aside from Tinsley Mortimer.

“Tinsley and I legitimately went out many years ago,” he revealed. “I know a lot of people think it was like bullsh*t for her TV show, but we genuinely really care for each other [and] liked each other. I got to know her mom [and] her sister very well and they’ve supported me over the years.”

“Everybody thought it was totally fake. It wasn’t though. It was real,” he continued. “We had a good time [and] we had great chemistry.”

Constantine has also been close to both Luann de Lesseps and Ramona Singer in recent years.

“I remember seeing [Luann] at a couple of events. We just connected and then someone reached out to be in her shows,” Constantine shared of his guest appearances in Luann’s cabaret show, Countess and Friends.

“We have a lot of chemistry for sure. We were always cordial and flirty,” he teased, adding that they shared at least one kiss.

“If we were lucky to hang out, we’d always have a good time together. It’s not like we went out like officially for an extended period of time. [But] a kiss? Yeah. I think we even kissed on stage in front of her audience at one of her shows,” he explained.

Constantine then described Ramona as a “lot of fun.”

“She’s got a great body and she’s got a great personality. She’s like really a New York soul and she’s a lot of fun. She’s great. I’m close with [Ramona]. We spoke the other night when [the show aired],” he stated.

As for the best kisser?

When David prompted a game of “Marry, Shag, Kill” with the RHONY cast, Constantine revealed he would marry Tinsley, shag Luann, and kill Ramona.

“I guess I would marry Tinsley because you know, we go way back, and I think I would maybe shag Luann. And I would kill Ramona because she would forgive me,” he answered.

In addition to his relationships with the current cast, Constantine also has a history with a couple of former Real Houswives, including Kelly Bensimon and Bethenny.

“I would see [Kelly] out all the time. We like made out one night or something like that, you know, a long time ago,” he shared.

As for Bethenny, Constantine said the two of them got along well and noted that he had been a guest on her talk show, Bethenny, several times.

“I would be on her panel and it would be like me and a couple of female comics. And I would be like, the man’s point of view,” he explained. “She and I always got along, you know, we’d flirt and all of that. She was cool, but it never went there like that. We were always professional.”

“I’ve always been attracted to like a independent, successful woman. So I thought she was hot,” he added.