'RHOP' Candiace Calls Monique's Talk with Pastor a "Stunt," Shares “Most Traumatic” Part of Fight as Monique's Yet to Reach Out

Teddi Mellencamp on Why Bravo Fired Her From RHOBH, Talks Dreams of Hosting Talk Show and Not Attending Stassi's Wedding

Bravo Producer Explains Why 'Real Housewives' Get Fired and What He Looks for in Cast Members, Praises RHOP's Wendy 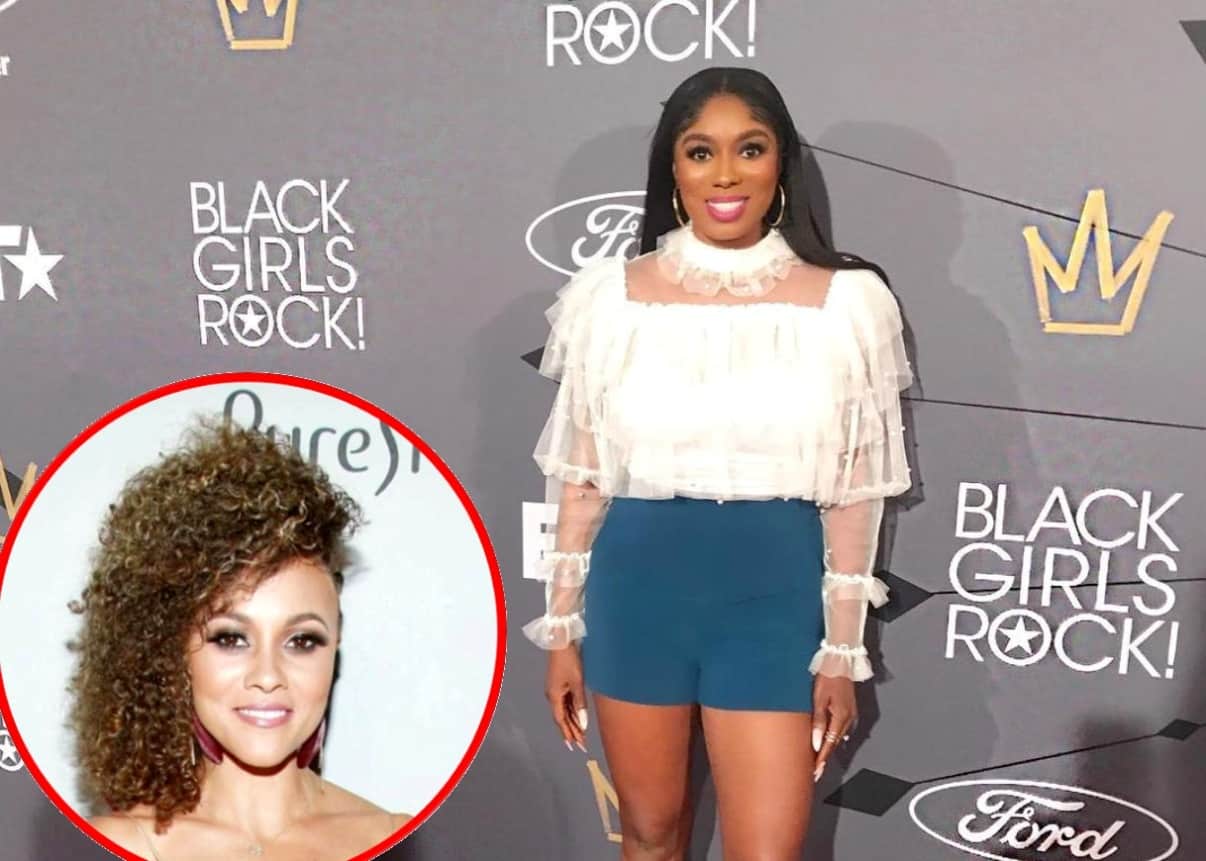 Wendy Osefo wasn’t thrilled about her co-star Ashley Darby bringing her baby, Dean, on the girls’ trip on last night’s episode of The Real Housewives of Potomac. However, as the newfound reality star explains, it’s not for the reason people think.

In a new interview, the political commentator and mother of three explains exactly why she was so upset Ashley brought her child to Monique Samuels‘ lake house and details some of the difficulties she faced in delivering her youngest child, Kamrynn.

“Ashley, come on now,” Wendy said in the August 30 episode of RHOP, showing how she was a bit bothered as Ashley arrived with Dean. Robyn Dixon and Gizelle Bryant then came to Ashley’s defense, explaining how she’s a “new mom” and that with Kamrynn being Wendy’s third, she shouldn’t “judge.”

“I think that is often a big misconception for people. Yes, being a first-time mom is hard, but being a mom in general is super difficult,” Wendy said in response to Robyn’s comment to PEOPLE on August 30. She went on to explain how it wasn’t exactly about Ashley in particular, but rather that she was upset she wasn’t “extended the same courtesy.”

“I was just missing my baby,” Wendy explained. “If I had received the same invitation to bring my baby [on the trip] I definitely would have. Ashley and I, our babies are two weeks apart. Her son is actually older than my daughter. We were both exclusively breastfeeding, I’m still breastfeeding my baby and in order for me to have the ability to go on that trip for three days, I was up four days prior, around the clock, pumping so my baby would have enough milk for me to go away.”

Wendy further explained that she shot her first scene for the show with Candiace Dillard-Bassett just four weeks after giving birth and that going to Monique’s lake house was the first time leaving her daughter.

“I was coming from a place where I was simply saying, ‘Wait, we all made sacrifices to be here and if I knew I didn’t need to make that sacrifice and I could have just brought my baby, I would have done that.’ I just wish I was extended the same courtesy,” she stated.

The 36-year-old also revealed that baby Kamrynn was born prematurely “at 34 weeks” and was automatically put in NICU. This past medical history added more to the “heart-wrenching” feeling she had leaving her child at home.

“No one goes into the hospital not expecting to leave the hospital with their baby and that was the position I was in. She came early and I thank God nothing was wrong with her, but we were in the hospital for nine days,” Wendy shared, adding how she never left her newborn’s side “even after I was discharged.”

She continued, “They said, ‘Go home. Your baby stays here’ and I said, ‘No.’ I forced them to find me a room in the hospital — it didn’t have a bathroom or anything and I didn’t need those amenities. It was like a closet with a bed, and I stayed there every single day because my baby was in that hospital. For anybody who has ever been in the NICU, it’s the worst experience. You hear machines going off, you see babies around your baby coding, you hear families crying. Again, I thank God that Kam was healthy and she was just born early, but there were families that had been there for months. The NICU experience is something that a lot of people don’t talk about. Everyone is waiting for your baby to come home and here you are in the hospital and it’s just so sad and heartbreaking.”

My favorite part about tonight’s episode of #RHOP ? You all get to meet my family!!!! Tune into @bravotv at 9PM to #MeetTheOsefos

In addition to raising a newborn, two boys, and becoming a reality star, the professor also revealed more details about her “crazy” life, considering the multiple hats she wears.

“It has been the most chaotic time of my life. The fall semester just started for my students and I’m teaching three classes. I’m juggling teaching three classes and being present for this show, but that is the story of my life,” she remarked. “I always have multiple projects going on at the same time and I just try my best. It has been crazy to say the least, but this is Wendy’s life.”

Tamra Judge Slams Shannon Beador for Being a “Diva” on RHOC Set, Claims She “Yells” and “Screams” at Producers, Talks Bra...

Tinsley Mortimer Shares When She and Scott ‘Will Work on a Baby,’ Talks Standing Up for Herself at RHONY Reunion, and Which Two Costars She’ll Keep in ...

RHOP’s Monique Samuels Leaks Email From Candiace Dillard’s Attorney and Accuses Her of Wanting Money Over an Apology, Jokes About Carrying Show o...

Emily Simpson On Why Entire RHOC Cast Unfollowed Braunwyn Windham-Burke and Says She Found Her to Be “Completely Inauthentic” During Season 15, T...

RHOBH Fans Launch Petition to Have Lisa Rinna Fired by Bravo, Slam Her for “Ruining Show” by Being “Negative and Mean” and Claim She ...