Home Real Housewives of Orange County News Tamra Judge Fires Back at Lydia McLauglin for Slamming Her as “Pathetic” for Continuing to Talk About RHOC, Throws Shade at Her New Show and Slams Her as a “Hypocrite” Who Was Fired

Tamra Judge Fires Back at Lydia McLauglin for Slamming Her as “Pathetic” for Continuing to Talk About RHOC, Throws Shade at Her New Show and Slams Her as a “Hypocrite” Who Was Fired 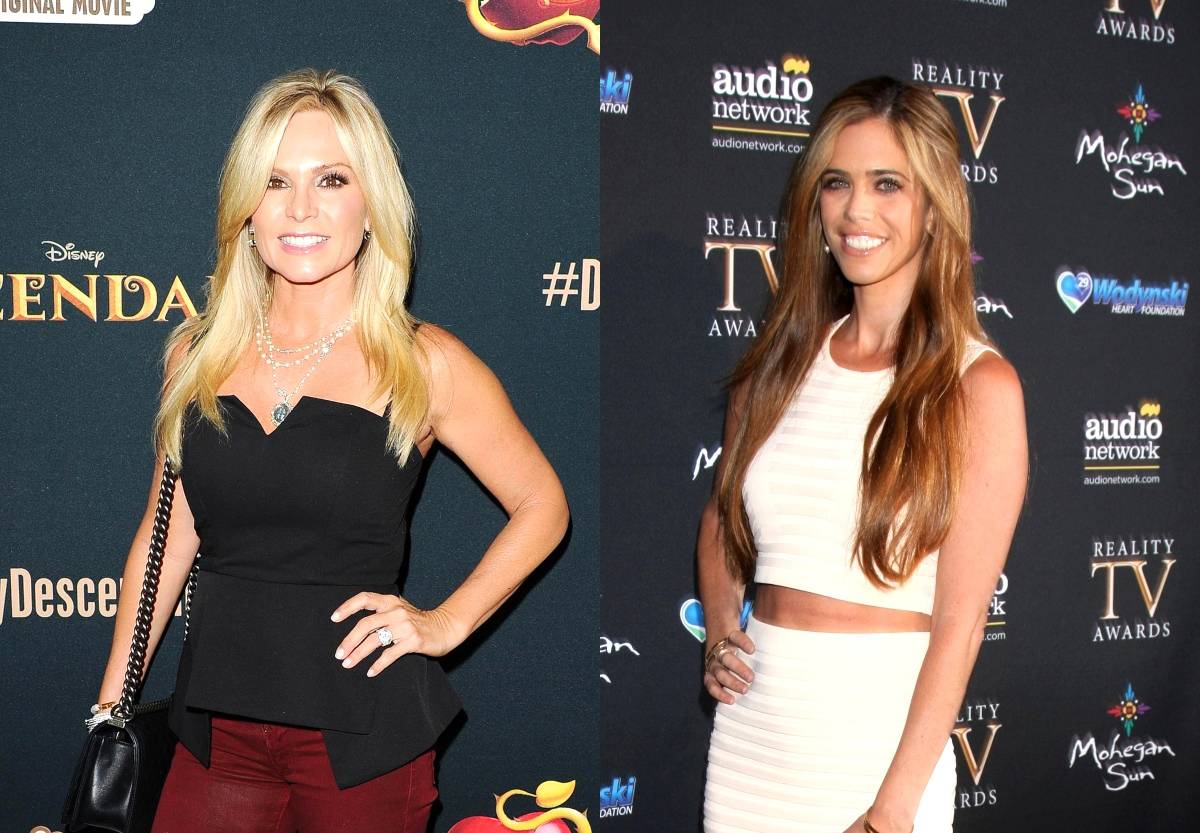 Tamra Judge is clapping back at her former Real Housewives of Orange County co-star, Lydia McLaughlin, for suggesting she is “pathetic” for continuing to speak about the show after exiting the series earlier this year.

After Lydia addressed Tamra and Vicki Gunvalson‘s January departures from the show, Tamra shared a response to her comments on Instagram in which she targeted Lydia’s new show, Glitter Town, labeled her a “hypocrite,” and revealed she was fired from RHOC years ago.

“I felt like it was a long time coming, honestly. I think it’s a good switch-up,” Lydia said of Tamra and Vicki’s exits on the September 5 episode of The Daily Dish podcast.

“I love Vicki, and I ran into her a couple times, and I think it’s good for her. I think she’s ready to leave,” Lydia continued. “She has a successful relationship, she has an engagement. She has a daughter, she’s a grandmother. I think that she has a lot going on. I do know that Tamra…she’s not letting it go. She’s still talking about it. I just feel bad for her, it’s kind of like, OK, you need to move on and do something else. She’s talking about the next season, and I think it’s a little…it sounds pathetic.”

After seeing what Lydia had said, Tamra offered a lengthy response.

“Please don’t feel sorry for me my sweet Christian girl I’m doing just fine,” Tamra told Lydia in her statement, which was shared by Comments by Bravo on Instagram. “I have two companies [Vena CBD], a real estate license, [four] kids, granddaughter, an amazing husband and a new TV show in the works (not an online series that I had to pay for myself).”

According to Tamra, she watched an episode of Glitter Town in which Lydia spoke about empowering women and lifting them up.

“Great episode, hypocrite!” Tamra said in response. “I truly wish you all the luck in the world and that you become [extremely] famous like you’ve always desired (I hope this helps)! Let it go… After I chose NOT to take a limited [role] and to be home full time with my kids to deal with some devastating health issues we are facing as a family, how dare you judge me!”

Tamra went on to say that after appearing on RHOC for 12 years, it should be no surprise to Lydia that she is asked about the series frequently.

“What’s truly pathetic is your judgment [and] lies!” she added. “It’s funny, the people that know you the least always have the most to say. If anyone needs to move on it’s you! Here’s your 15 minutes of fame… enjoy! [By the way], Vicki don’t love you.”

“I’ve been off six months… She got fired twice years ago and still talking Housewives,” Tamra noted. 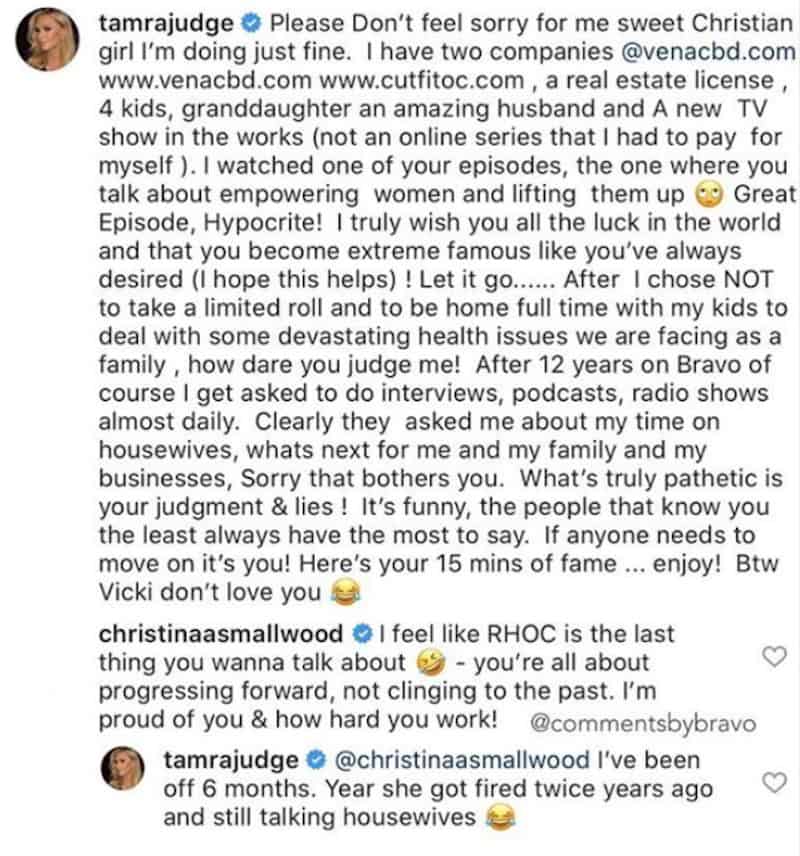 As for Lydia, she responded to Tamra’s post by simply commenting “Yikes.”

Also during her podcast interview, Lydia revealed that both Tamra and Shannon Beador have her blocked on social media before confirming she is close to former cast member Gretchen Rossi.

“We’re in a bible study together,” Lydia shared. “We’ve grown really close. She’s a wonderful mom, and she loves her little baby, and she’s just dedicated her whole life to Skylar. I’m so proud of her.”