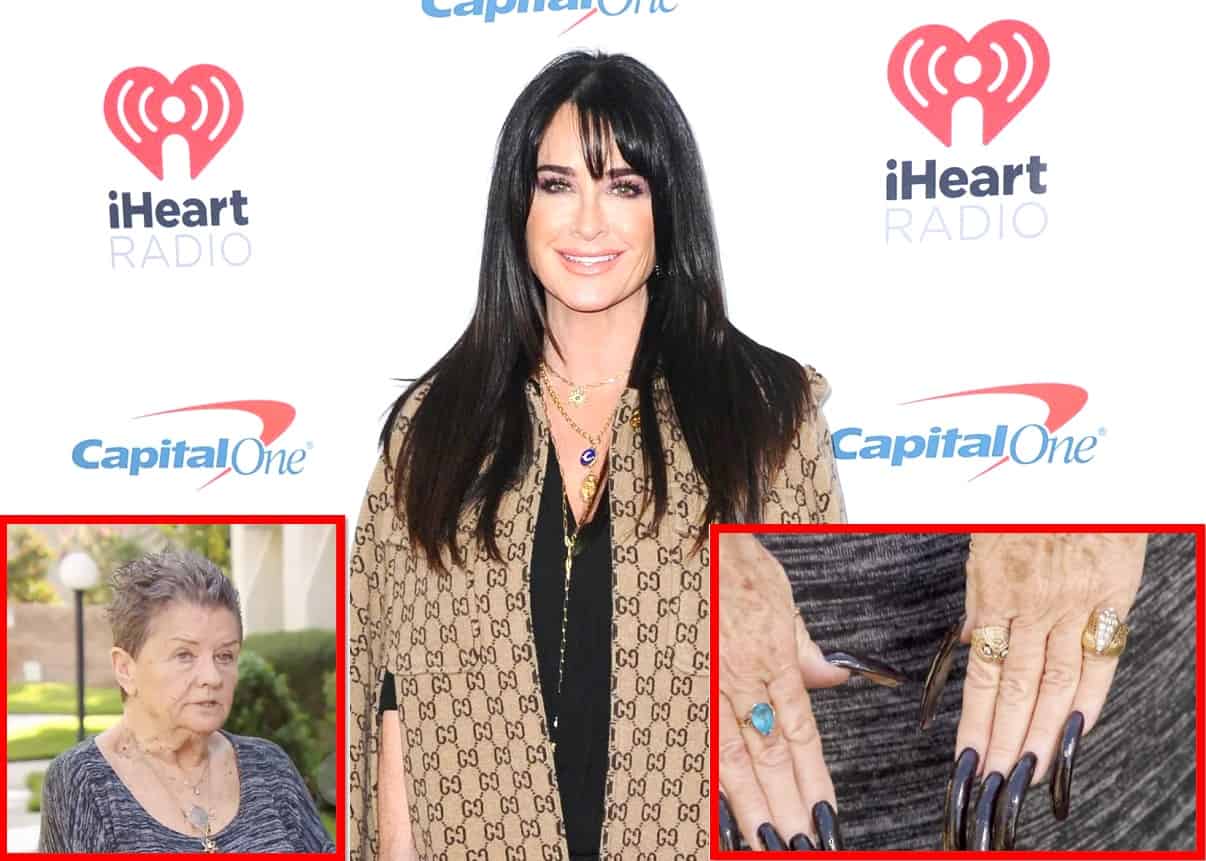 Kyle Richards was on the hunt for her mother’s stolen ring and thought she had finally landed on its whereabouts in an Instagram photo shared by actress Diane Keaton. Now, the woman behind the hands in the photo has been identified and she’s railing against the stolen ring accusations.

Kyle discussed the matter on the “Secrets Revealed” episode of The Real Housewives of Beverly Hills and shared photos of her mother’s ring to social media. She claimed the ring in Diane’s photo of a supposed “fortune teller” in Santa Monica was definitely the one stolen from a 2017 burglary at her Encino, California home.

After the news broke about the ring, a TikTok user named Maddie confirmed that the woman in Diane’s photo is her grandmother, noting that she’s actually been working in a “pharmacy for over 50 years” and that she’s also had those rings “for decades.”

Now, the woman in question, Diana French, is speaking out about the accusations. She talked with Inside Edition on September 28 about the mix-up.

“Horrible. I don’t deserve this. Nobody deserves this,” she said on the show. “My twin sister called me last Thursday and she said, ‘Diana, your hands are on Google.’”

Diana went on to explain how the ring was passed down in her family after her mother’s death, and she even had the appraisal papers from 1980 to prove it.

“My mother was killed 40 years ago and my dad gave me her band,” Diana explained of the ring, noting the ring’s value at $2,500. She also shared numerous family photos showing her wearing the ring over the years.

Diana went on to reveal that she doesn’t recall the exact date Diane snapped the photo of her hands, but she does remember the actress coming in as her customer.

“That picture of my hands was taken on the counter of the pharmacy,” she said.

And due to the false allegations going around, Diana would like an apology from both Kyle and actress Diane.

“I deserve an apology. I mean this is terrible,” she added.