PHOTOS: Kyle Richards Reveals Her New Nose Job After Plastic Surgery Accusations, RHOBH Star Explains Why She Went Under the Knife Again and Shows Off Her “Refined” Tip 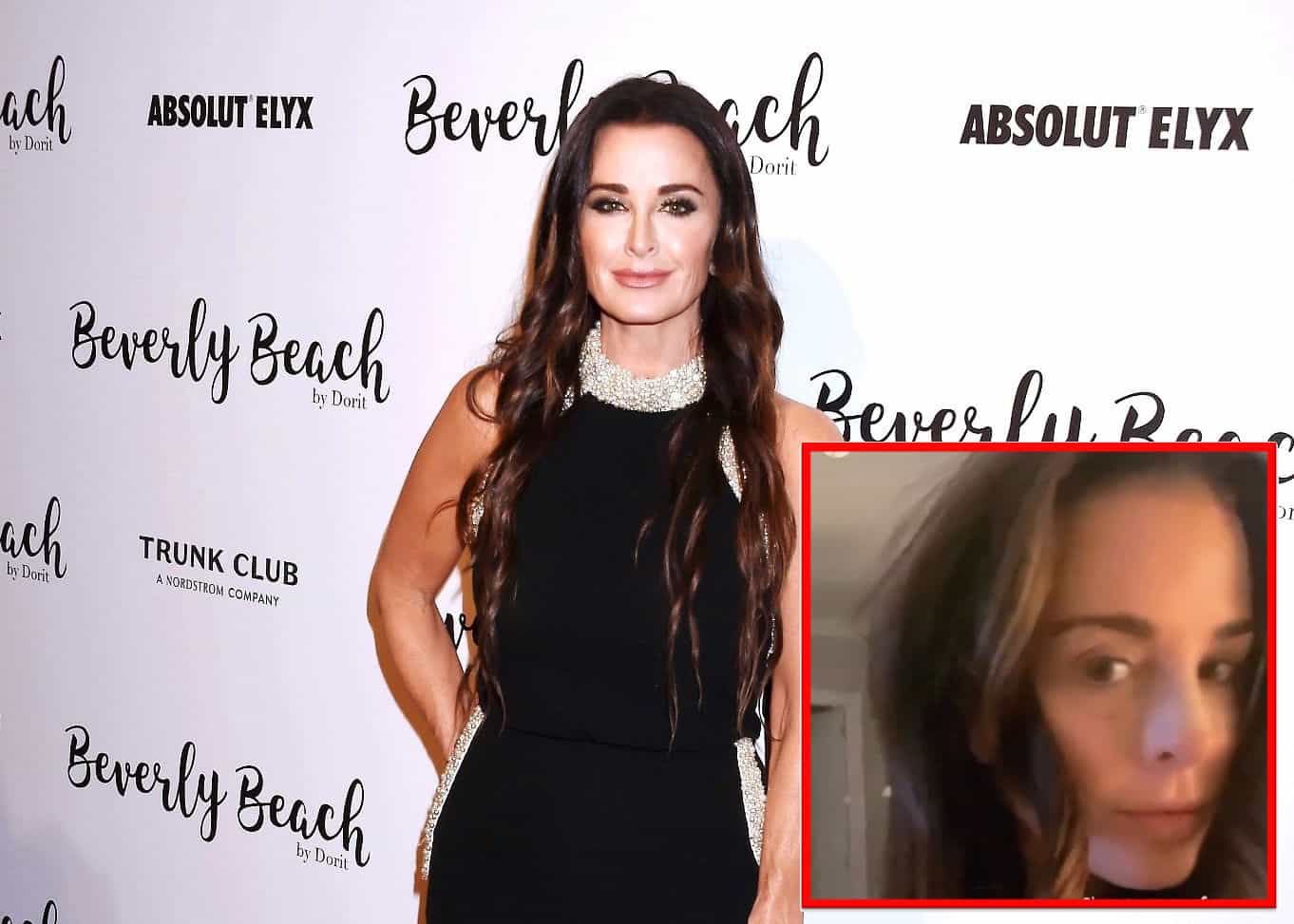 Kyle Richards has a new nose.

On her Instagram Stories on Friday night, October 30, the Real Housewives of Beverly Hills cast member shared a video of herself showing off the results of a nose job as she told her fans why she needed to go under the knife and explained exactly what was done.

“Since so many of you were speculating what I did or did not do to my face… here is your answer. I fixed my nose,” Kyle, 51, revealed. “I broke it last September and the bone poking out bothered me. So I fixed the bone, fixed my breathing problems and refined the tip. I will always tell you guys the truth. I do think some of the comments on my posts are funny though.” 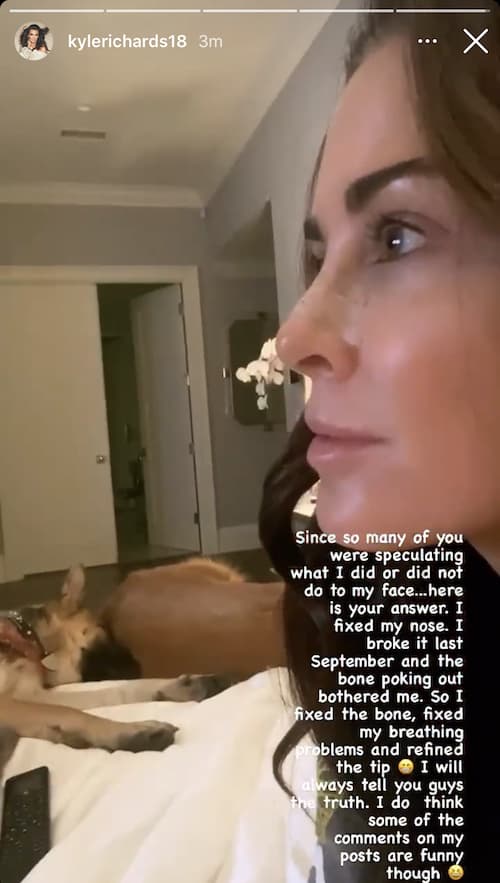 Prior to her post, Kyle raised questions about potential plastic surgery when she shared a couple of photos of herself earlier this week. At the time, fans noticed that she looked a bit “swollen” and questioned her about what she may have had done.

Another person specifically mentioned a nose job. But, in her response, Kyle failed to acknowledge any such thing.

“You have done your nose! You don’t look the same but you still look [good],” the person said.

“Today is not a filter,” Kyle replied. 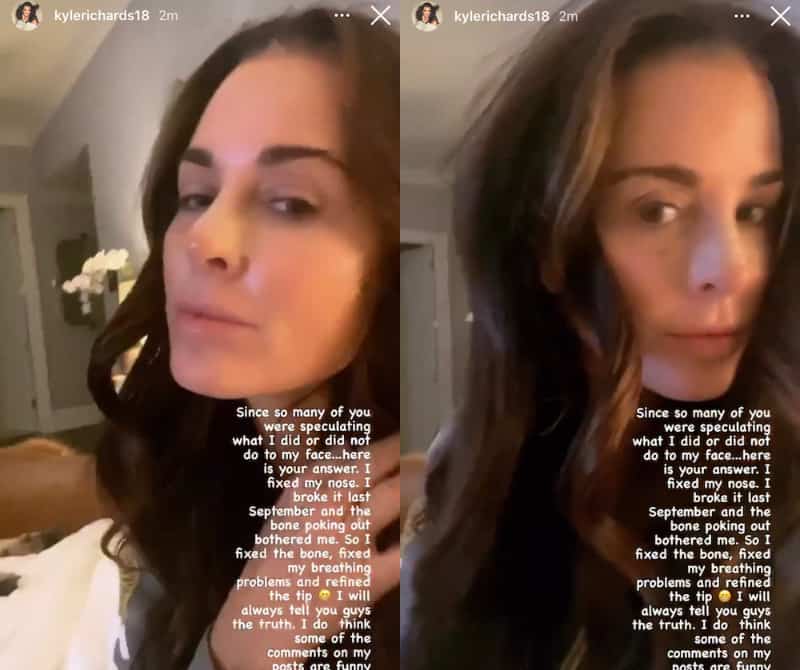 Last year, after sharing a photo of herself and her husband, Mauricio Umansky, in which she looked quite different to her fans and followers, Kyle admitted to undergoing her first nose job in 2006 but denied having any additional work done.

“I have not done plastic surgery. I did my nose in 2006 and I get Botox. That is it,” Kyle shared. “There are things you can do to look younger that require surgery. Lasers are key.”

Kyle also revealed that she regularly gets “lasers” on her face.

The Real Housewives of Beverly Hills cast is currently filming season 11, which will air on Bravo next year.