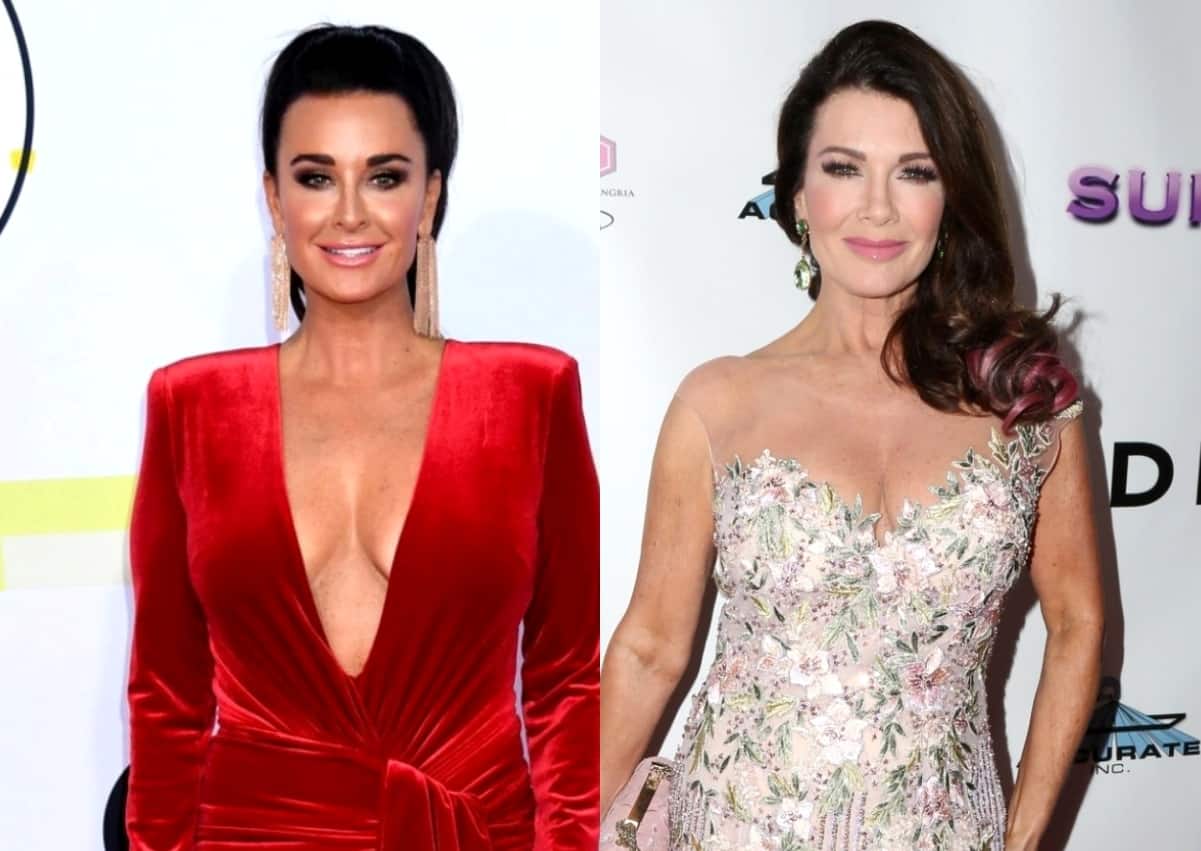 Over a year after the former best friends suffered a massive falling out amid the ninth season of The Real Housewives Of Beverly Hills, Kyle and Lisa were photographed at the SHU Sushi House Unico restaurant in Bel Air, where the two were reportedly seated just tables apart.

According to a report shared by the Daily Mail on November 6, Kyle was enjoying a girls’ night out with several friends, including frequent RHOBH guest star Faye Resnick, on Wednesday when Lisa arrived at the eatery with her husband, Ken Todd, and one of their beloved Pomeranians.

In the photos, Kyle was seen sporting a fuzzy black sweater with a pair of checkered pants and a large tan Birkin bag. Meanwhile, as her dog wore a pink outfit with black stripes, Lisa donned an all-black ensemble with white tennis shoes and a sequined face mask.

In April, during an appearance on Watch What Happens Live, Kyle said she and Lisa have ran into one another twice at Neiman Marcus before revealing that their most recent encounter at the time had taken place at a restaurant.

“The second time I saw her she didn’t see me and I sort of hid to be honest. But this last time I saw her at a restaurant and I was passing her table and they sat us right next to each other,” Kyle shared. “And I said to the hostess, ‘Really? Really?’ So I said, ‘Hello,’ and, to be honest, she was short.”

During the uncomfortable encounter, Kyle approached Ken for a hug, but he wasn’t receptive.

“Why are you giving me a hug? I kicked you out of our home,” he reportedly told her.

“I can still give you a hug, Ken,” Kylie recalled telling him. “Because I do care about them. But that was the last time I saw them. And I haven’t seen them since or heard from them.”

The Daily Mail went on to reveal that just two weeks ago, Lisa dined just steps away from where Kyle was enjoying a meal with her RHOBH co-stars, Lisa Rinna and Dorit Kemsley, amid filming on season 11.