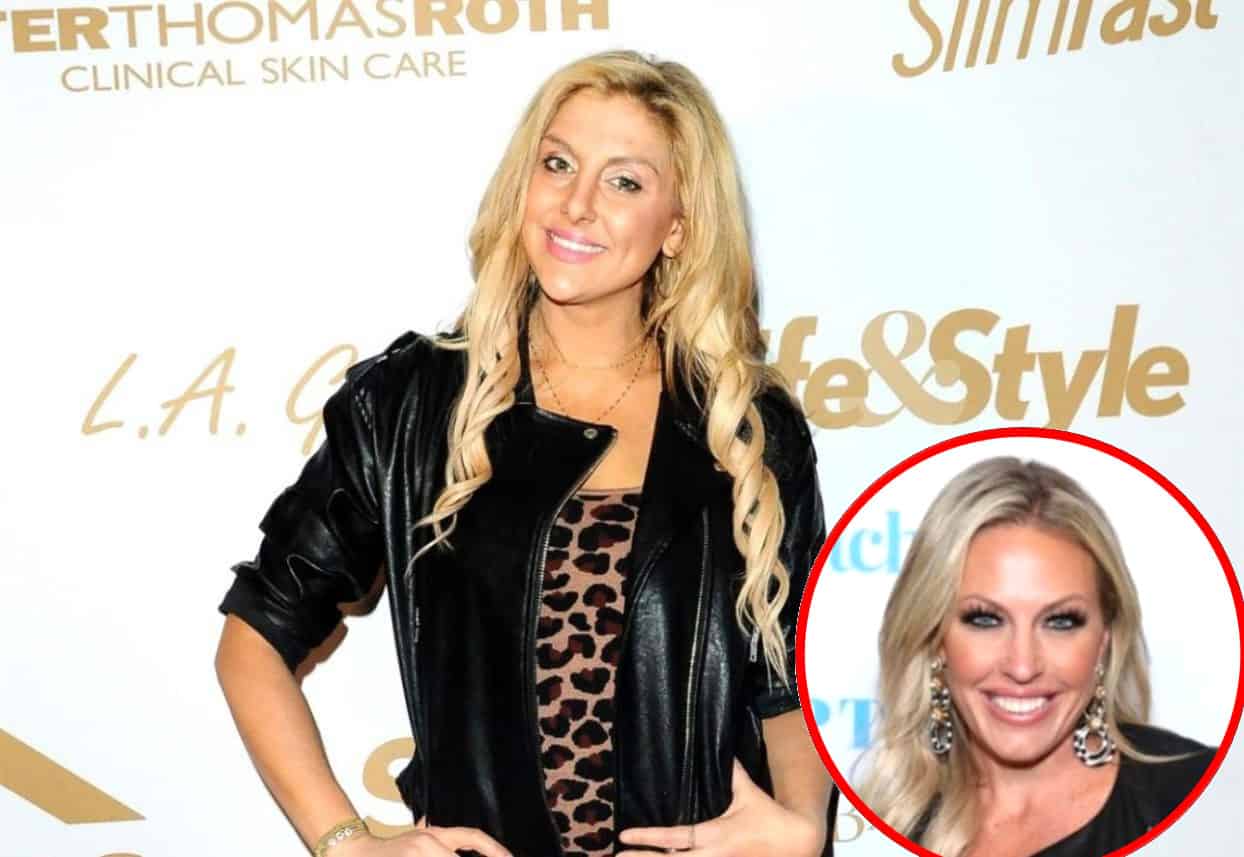 The Real Housewives of Orange County started off its 15th season with a bang, already giving viewers an epic housewives fight with Gina Kirschenheiter and Braunwyn Windham-Burke sparring at Shannon Beador‘s house.

As the two got in each others’ faces, Gina called Braunwyn a “sloppy chihuahua” and dismissed her drinking habits as Braunwyn revealed she was “30 days sober,” throwing her drink and storming out of the party.

“I don’t even really know what [a sloppy chihuahua] actually is,” Gina joked with Hollywood Life reflecting on last week’s episode. “I really am just a person that is very chill until I’m pushed to the limit. It takes a lot, but then I’m like, ‘OK, I’ve had enough of this.’”

The mother-of-three went on to clarify that she always saw Braunwyn “with what she presented as,” making it difficult to distinguish her first year on the show as “just partying” and her actually proclaiming an earnest journey into sobriety.

“I didn’t ever know that and I really didn’t get that until we were obviously outside. But then when we were outside, I thought we were talking about the fact that you’ve been non-stop launching this attack on me unnecessarily and then that’s when she wanted to [reveal her secret],” Gina shared. “I’m not even her good friend. I didn’t even need to know that. So it was kind of — I think it was just really bad timing, but once she did tell me that, it is what it is. It’s what I said exactly. Look, I do have compassion for her. I’m proud of you if you really have a problem and you’re deciding to address that. That is very commendable, but I’m not going to compromise my integrity because you’re finally confronting this problem.”

Looking back, after watching the episode, Gina noted that she wouldn’t have acted the way she did if she knew the details of Braunwyn’s situation, and she admitted some feeling of regret.

“I never would have yelled in a grown woman’s face — who just [was] 30 days sober after battling the majority of her life with alcoholism — that she’s sloppy and go get drunk. It’s horrible!” she exclaimed. “I have compassion about [her situation]. Who wants to see a woman going through that? But I wasn’t privy to any of that information.”

Gina also gave an update on her relationship with Braunwyn today.

She went on, “After I watched last week’s episode, I did text her and I just said very simply, I just want you to know despite everything that’s going on I just want you to know I wish you and your family the best. I have been there last year. I’d say my family was in crisis mode. No matter what your issues are or how big your issues are, no matter how big or small your house is, it’s very hard. She texted me back and said, ‘Thank you very much. I appreciate it,’ and that’s it. The bottom line is if Braunwyn needed me as a friend, I would be there, but I think bottom line is, Braunwyn’s never considered me a friend and doesn’t have any interest in being my friend and that’s OK. It’s alright. It is what it is.”