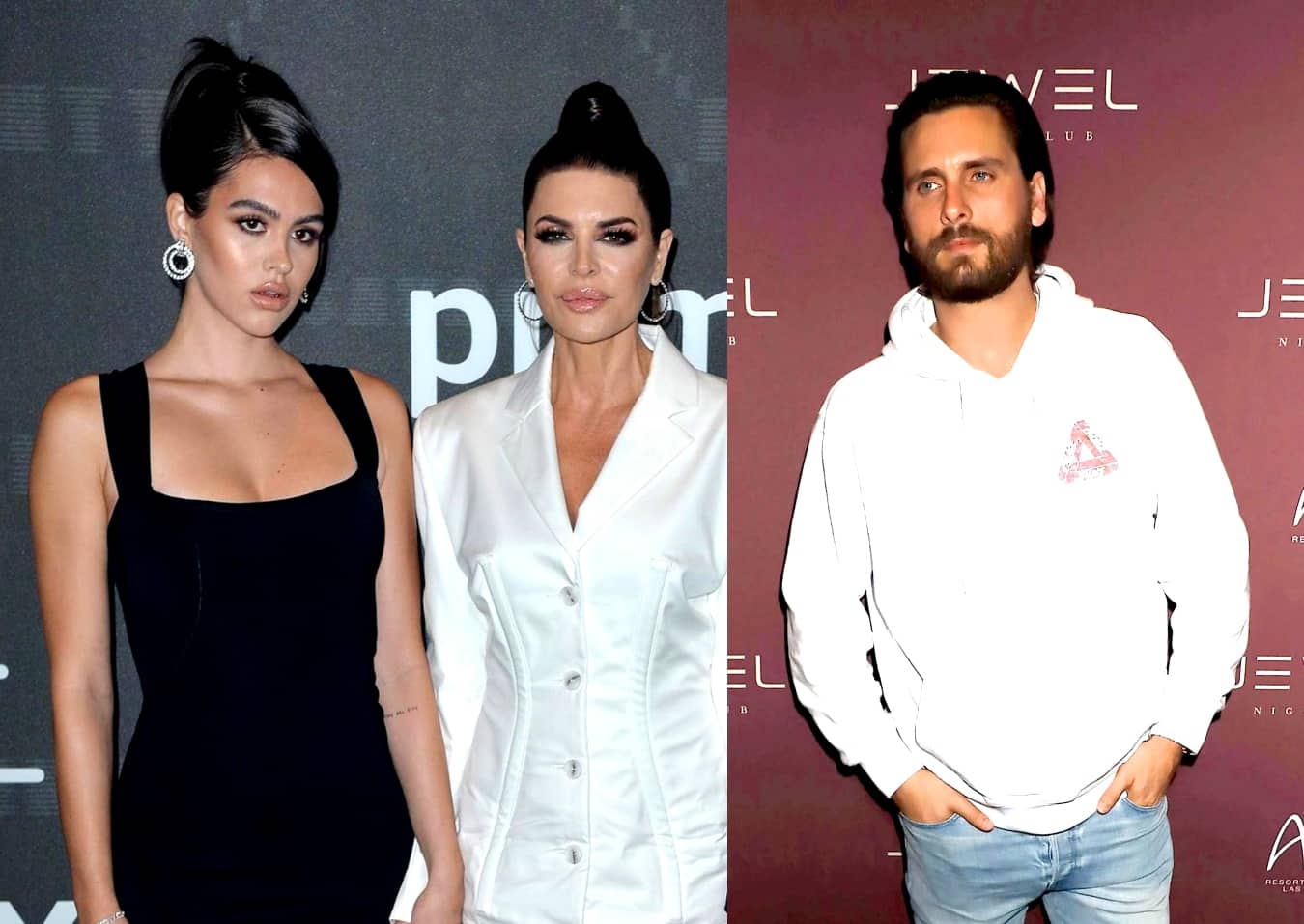 Lisa Rinna and Harry Hamlin are reportedly “worried” about their daughter, Amelia Hamlin, 19, amid her new romance with Scott Disick, 37.

Nearly one month after the model was first seen with the Keeping Up With the Kardashians cast member at a Halloween party, the Real Housewives of Beverly Hills couple is said to be concerned about the way in which the relationship could negatively impact the mental health of their daughter.

“Lisa isn’t going to acknowledge this publicly for now because she’s still trying to wrap her head around it and thinks this is a phase. But when she does speak about it she’ll keep her cool but really, she’s worried,” an insider told The Sun on November 21. “That’s her youngest kid.”

While Lisa is a fan of the KUWTK star, who split from 22-year-old Sofia Richie in August after a three-year romance and a visit to rehab, she and her actor husband are reportedly worried about the drama he could bring to Amelia’s life.

“She really does like Scott but both her and Harry don’t want someone that age with so much baggage to be with their baby girl, especially given Amelia’s own mental health issues,” the source continued.

As RHOBH fans may know, Amelia has been open with her past struggles with anorexia as well as her issues with anxiety. In fact, during an episode of the show, Amelia was seen telling her mother that her anxiety had gotten “pretty bad” before she returned to Los Angeles following a brief stint in New York City, where she had been studying nutrition, wellness, and psychology.

Last week, after attending Kendall Jenner‘s Halloween party together, Amelia and Scott were seen enjoying a stroll on a Southern California beach, where Scott wrapped his arm around Amelia and she grabbed onto his hand.

Prior to his relationship with Sofia, Scott dated Kourtney Kardashian, 41, for nearly 10 years.