Home Real Housewives of Beverly Hills News Eileen Davidson Reveals Worst Part of Doing RHOBH, Says Brandi Glanville Nearly Made Her Quit and Admits She Wasn’t Right for Show, Looks Back on Moment She Knew Her Role Had Come to an End

Eileen Davidson Reveals Worst Part of Doing RHOBH, Says Brandi Glanville Nearly Made Her Quit and Admits She Wasn’t Right for Show, Looks Back on Moment She Knew Her Role Had Come to an End 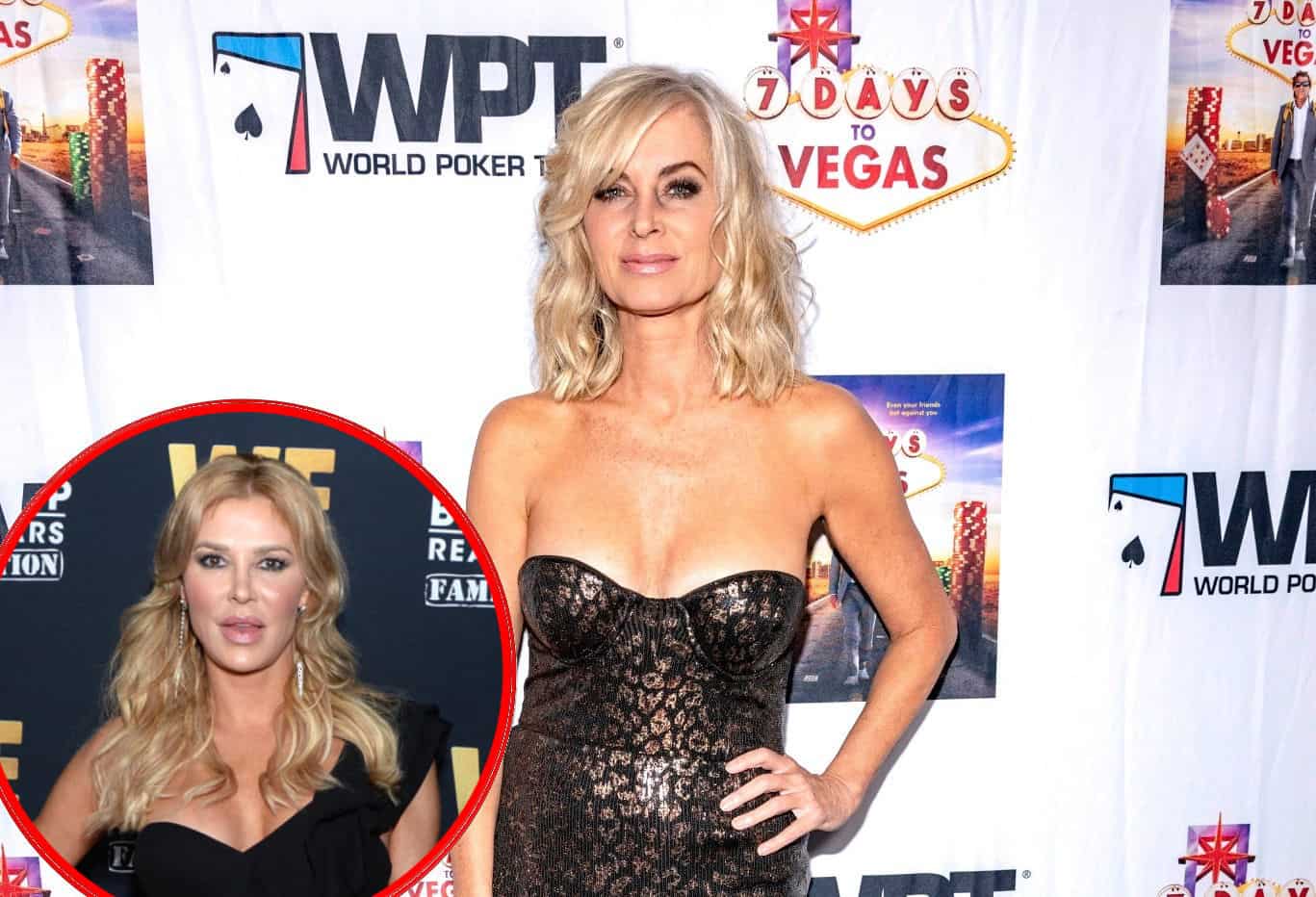 Eileen Davidson nearly quit her role on The Real Housewives of Beverly Hills due to on-air comments made by Brandi Glanville.

While looking back at her three seasons on the Bravo reality series, Eileen revealed why she considered leaving the show amid season five before admitting she’s not right for the show and sharing details about the moment she knew her time on RHOBH had ended.

“[I considered quitting] only because of having to pull people into it that weren’t on the show,” she told the Bravo Insider in a special “Life After Bravo” segment. “I don’t care about me. Putting the light on people that did not sign on to do the show was always the worst thing for me about being on the show.”

According to Eileen, she nearly cut ties with Bravo after Brandi mentioned that she had fallen for her husband Vincent Van Patten during a time when they both were married to other people.

“I felt incredibly responsible for other people being embarrassed [and] having to deal with these things. I couldn’t stand it. It kept me up at night,” she stated. “If I make a choice, I handle what happens because of that choice. Other people didn’t have that luxury and that was the most upsetting thing to me.”

In addition to mentioning the controversial start of Eileen’s relationship with Vincent, Brandi labeled Eileen a “home-wrecker.” Luckily, as Eileen shared, she and Vincent weren’t completely surprised when Brandi spilled the beans and didn’t let the drama have an impact on their family.

“Our kids were great. Everybody got along well so it was like, ‘Who cares?’” she said, adding that she was more offended by the way their affair “came out” and “became a target.”

As for her other on-screen drama with Brandi, the wine toss, Eileen said that while she laughed at first, she ultimately found the behavior quite upsetting.

“I was like, ‘What are you doing?’ I was very upset. I left the restaurant. They were calling me. I was not picking up the phone. I didn’t pick up the phone until the next day,” she revealed.

That said, Eileen holds no ill will for her former RHOBH co-star.

“I have nothing against Brandi. I know how she operates and what her thing is and God bless her. She’s honest about it,” Eileen admitted.

During another segment of “Life After Bravo,” Eileen said she stands by past comments she made about not being right for the show.

Eileen then revealed it was during an appearance on Watch What Happens Live when she first realized she would not be returning to RHOBH for season eight.

“[Lisa Rinna] said something and [Andy Cohen]’s here and I’m like, ‘Lisa, you can’t say that. It’s not okay to say that,'” Eileen shared, giving a nod to a moment in which Lisa suggested Dorit Kemsley‘s husband, Paul “PK” Kemsley, was a member of Ashley Madison, a website that facilitates affairs.

“I realized right then I probably wasn’t going to be on the show much longer because you don’t want somebody to rein Lisa in. You don’t. And I don’t want that job. The voice of reason is nice but it’s not very exciting,” Eileen added.