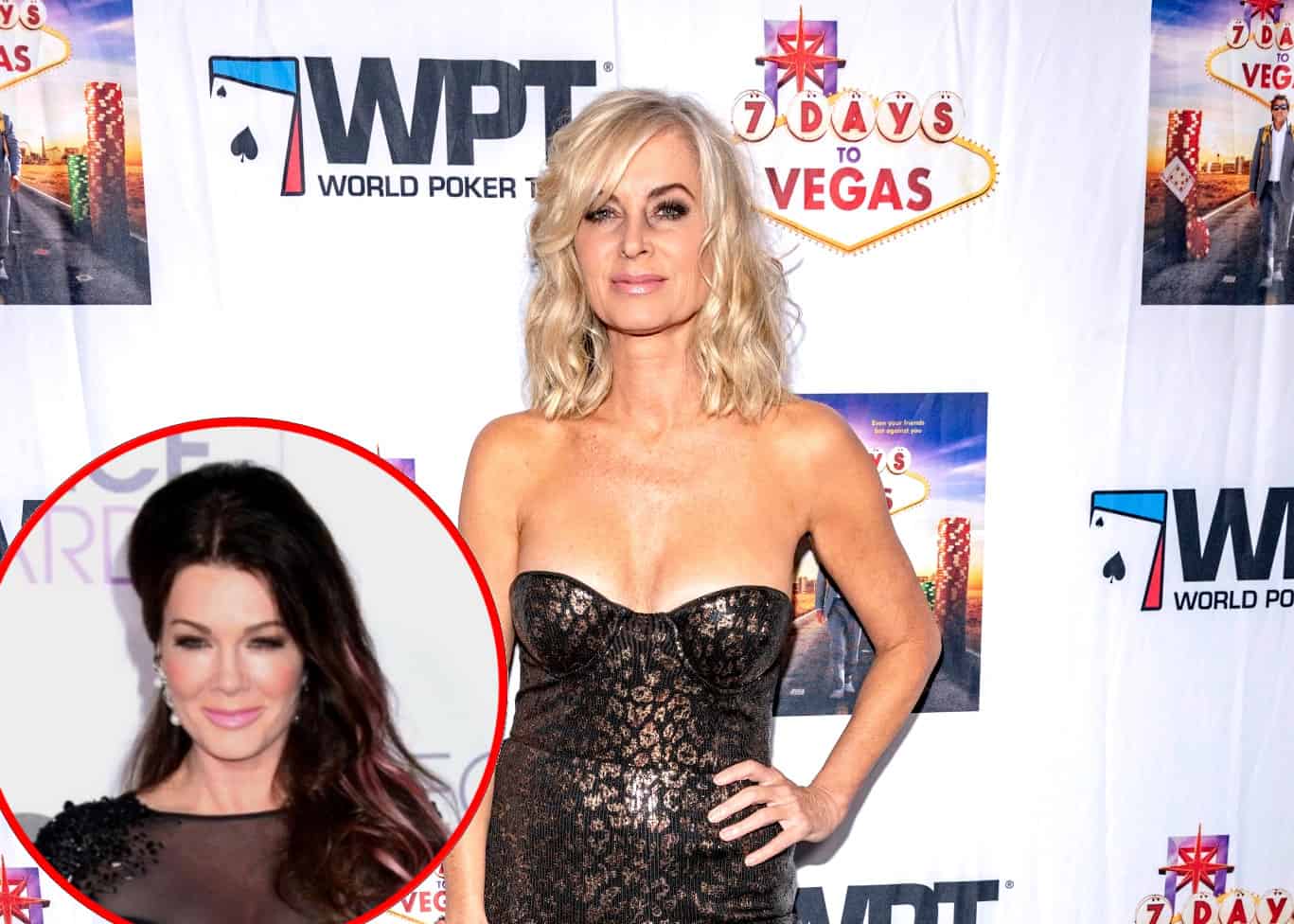 Eileen Davidson is firing back at a Real Housewives of Beverly Hills fan who echoed her former castmate Lisa Vanderpump‘s claim that she got fired from the show.

A week after Eileen went back and forth with Lisa over whether or not Eileen was actually fired from the show, the actress-turned-reality star took to Twitter Friday night to set the record straight again as she also asked fans of the show to “let it go.”

“Okay look. I was not fired. I have all the texts to prove it.” Eileen wrote on her September 27 Twitter post. “But what if I was? Who cares? It’s all so stupid! WHO CARES? Go live your lives. Question. WHY DO YOU CARE? Kiss your kids. Fix some dinner. Go to work. Get to that soccer game. LET IT GO!” 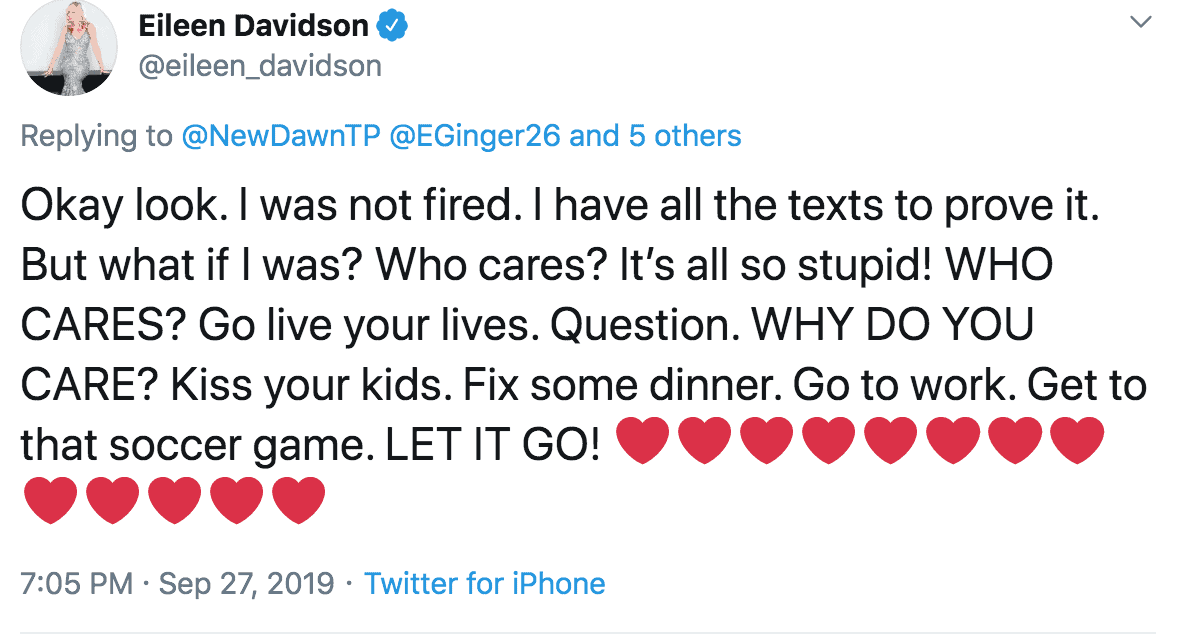 As fans can recall, the feud between the former Beverly Hills housewives was reignited after Eileen referred to Lisa’s sudden exit and failure to show up to the season 9 reunion as a “pu**y move” during her appearance on Watch What Happens Live a couple of weeks back.

Not surprisingly, Lisa didn’t appreciate this comment too much and decided to retaliate with a comeback tweet. In her post, the Vanderpump Rules star claimed that Eileen was actually fired from the show back in 2017 instead of quitting, as she led fans to believe.

Eileen then fired back with multiple tweets, attempting to prove to the world that she definitely wasn’t fired. And as proof, she even included an interview clip of herself explaining her situation at the time.

“They actually asked me to take a step down. They still wanted me on but in a limited capacity and I’m like no. It’s not something I would want to do in that caliber. And I never planned on doing it for that long,” the former housewife explained the interview with Michael Fairman.

So @lisavanderpump and all her lovely friends! I gave this interview a year ago. Check it out around the 13:00 minute mark. Also when I left ⁦@RHOBH_⁩ bravo asked me not to discuss deets. Have a lovely day!!! https://t.co/p3WVw8CkKU

As fans may remember, in a previous report from 2017, Eileen blamed her absence from the show on her busy schedule due to her role on The Young and the Restless. She claimed, “There was absolutely no bad blood, but I just didn’t want to spend any more time with that kind of energy in my world.”

Will Eileen’s latest tweet finally end the argument for good? Or will Lisa post yet another tweet in an attempt to have the last word? Your guess is as good as ours.