Home Real Housewives of Beverly Hills News Eileen Davidson Disses Lisa Vanderpump for Skipping RHOBH Reunion and Weighs in on Puppy Gate, Plus Will She Be Returning to the Show?

Eileen Davidson Disses Lisa Vanderpump for Skipping RHOBH Reunion and Weighs in on Puppy Gate, Plus Will She Be Returning to the Show? 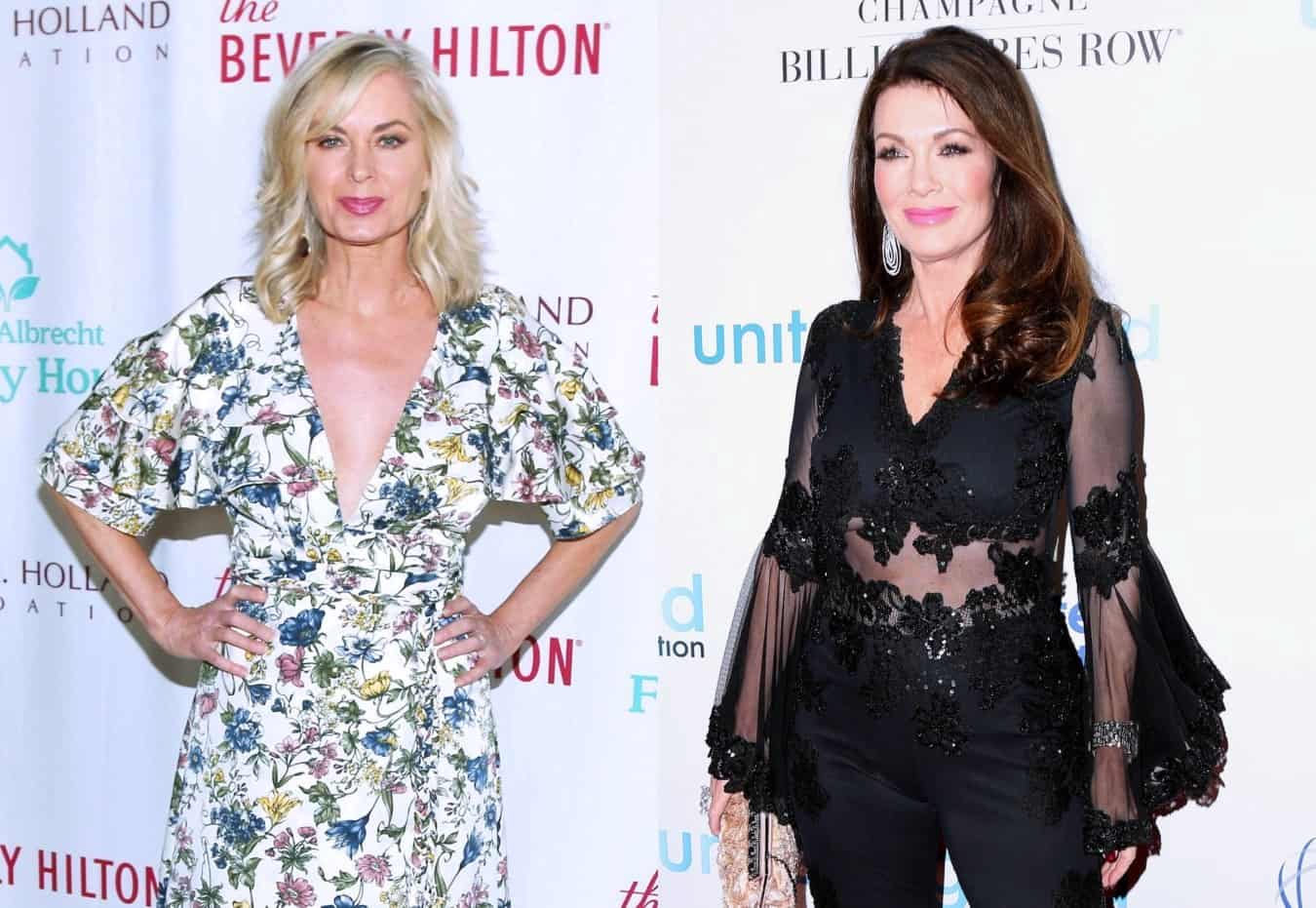 Eileen Davidson appeared on last night’s Watch What Happens Live, where she dissed Lisa Vanderpump‘s exit from The Real Housewives of Beverly Hills and addressed a number of other show-related topics.

While chatting with host Andy Cohen, Eileen, who appeared on seasons five, six, and seven, revealed who she believed was most at fault for the doggy drama of season nine before sharing her thoughts on Camille Grammer, the friendships between the ladies, and her potential return to the show.

“Dog Gate was heavily covered in the media. Who do you think was more in the wrong, LVP or [Dorit Kemsley]?” Andy asked.

As for Lisa’s sudden exit from RHOBH, Eileen slammed her decision to quit the show just before the taping of the season nine reunion by calling it a “pu**y move.”

Andy then noted that the RHOBH cast had accused Camille of being “two-faced” and “talking out of both sides of her mouth” and asked Eileen if she would “co-sign” their claims.

“No, I don’t like that,” Eileen said, adding, “I like Camille a lot, but straight-shooting is my preference.”

Eileen went on to address the strained relationships between her former co-stars, Lisa Rinna and Kim Richards, and Lisa V. and Kyle Richards, saying that she doesn’t believe the reconciliation between Lisa R. and Kim will last. She also noted that Lisa V.’s estrangement from Kyle will likely be permanent.

“I’ve seen so many things about that friendship… I don’t know. I think it’s over,” Eileen explained.

While Eileen doesn’t seem open to the idea of returning to RHOBH in a full-time role after quitting in 2017, she suggested to Andy during last night’s WWHL that she would consider coming back to the series in a “friend” or cameo role.

“I don’t know. You know, I might pop in now and again. You never know,” she teased.

The Real Housewives of Beverly Hills season 10 is currently in production and expected to air on Bravo TV sometime next year.