Eileen Davidson Accuses Lisa Vanderpump of Trying to Manufacture Drama on RHOBH, Dishes on Past Feud with Kim Richards 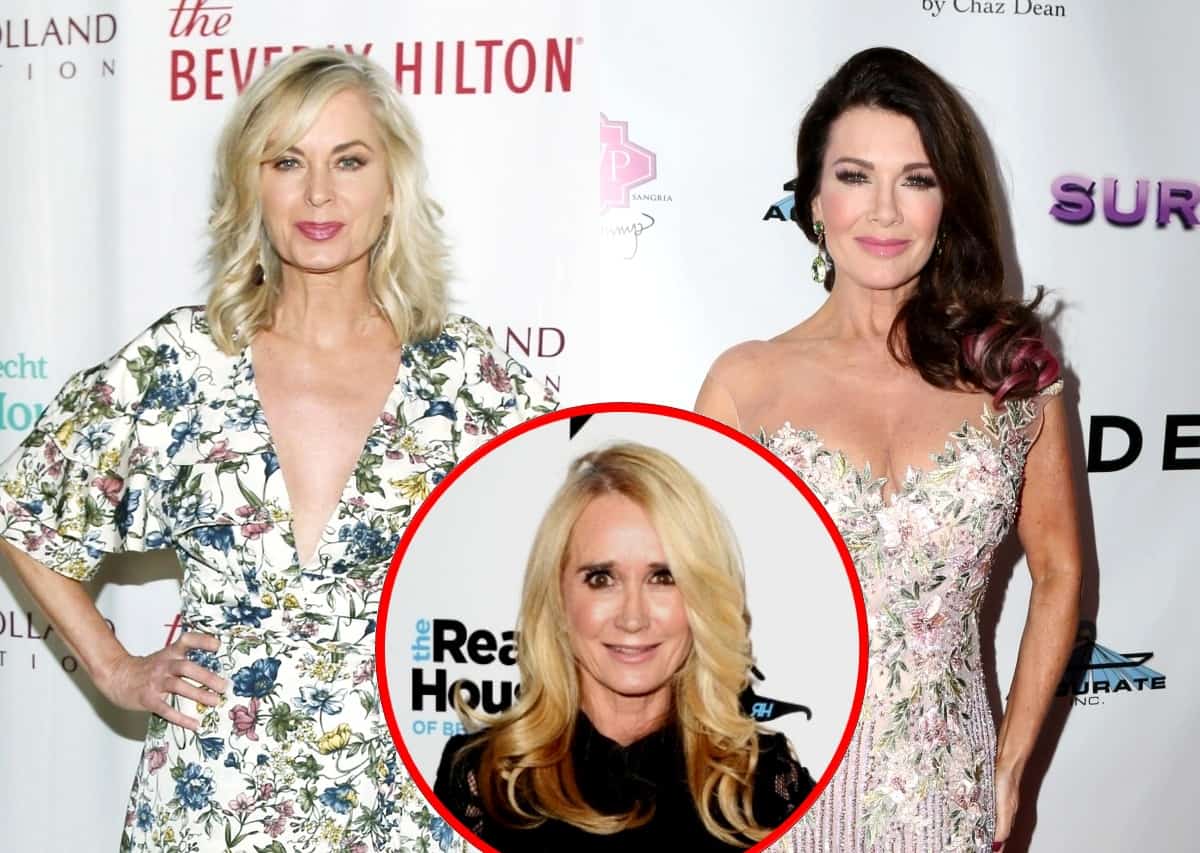 Former Real Housewives of Beverly Hills star Eileen Davidson is dishing on her past feud with Kim Richards and how Lisa Vanderpump seemingly tried to control the show narrative, often causing riffs behind-the-scenes.

In a new interview, the former reality star talked about the conflict she faced in season five, sharing how the drama became a bit too much for her.

“She hated me out of the gate,” Eileen said of Kim on Bravo’s The Daily Dish podcast, reflecting on that infamous dinner fight in Amsterdam. “I have no idea [why], just … hated me. Just always did. [At]the wrap party for that season, she came up to me like nothing had happened. [She said] ‘Oh hi, how’s it going?’ I was like ‘Um … well?’ I thought, ‘A bunch of s–t just happened!'”

She continued, “But then again, I saw her at Kyle’s party and I don’t think she acknowledged me, from my understanding. I could be wrong, but that was my take on it. [Since] I’ve been off the show, I have absolutely no issue with anybody. But I don’t know what it was [with Kim]. I don’t know.”

Eileen went on to describe her experience with Vanderpump as well, which has often been tense. The soap star explained how the RHOBH alum tried to get Lisa Rinna and Kim together after that epic dinner fight, seemingly “pressuring” Rinna to do something unnatural for the sake of the show.

“[It] kind of started this whole domino effect for the next few seasons, actually,” Eileen explained. “I saw what was going on behind the scenes and I went, ‘Okay, this doesn’t make any sense in terms of what really just happened,’ and I felt like she was pressuring [Rinna] to do something else. I think for somebody who was on the show for as long as she was she was also maybe trying to keep it interesting or thought that it should go a certain way — I really don’t know.”

Eileen also shared that she “wasn’t shocked” about Vanderpump’s departure, saying her alleged manipulative behavior seemed to grow old as the seasons went on.