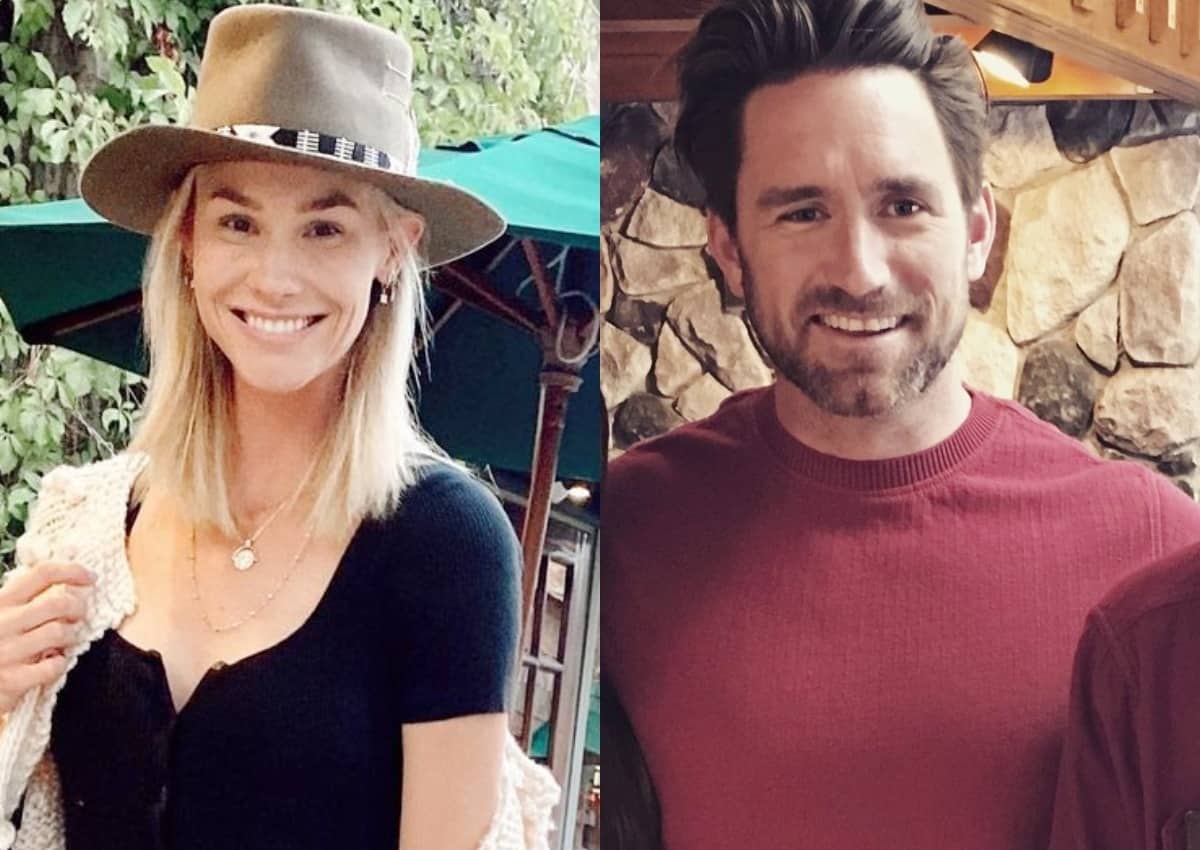 Meghan King Edmonds and Christian Schauf are speaking out about their recent split.

After a report earlier this week suggested Christian dumped the former Real Housewives of Orange County cast member because he “couldn’t take all the social media and public attention,” Meghan referred to their breakup as “loving and healthy” as he confirmed he had no issues with Meghan’s celebrity status.

“[Christian] and I decided to part ways in the most loving and healthy way. We just got off the phone laughing at how to ‘announce’ and he suggested some cute, sappy breakup quote. I agreed so here ya go!” Meghan wrote in a post shared to her Instagram Stories, which included a quote about growth.

“I’ve been through a lot but I wasn’t hardened; I experienced a beautiful relationship that blossomed before it ended and I will always hold him in the highest regard and with the utmost respect,” she continued. 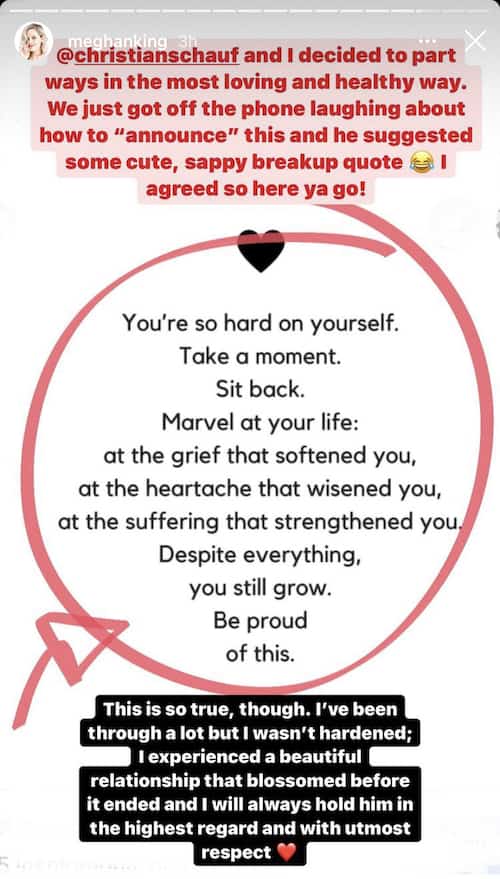 Meghan also posted the message on her Instagram page and told her fans and followers that her relationship with Christian “deserves to be honored even as it ends.”

In her latest blog post, titled “One Door Closes,” Meghan said that while she and Christian “grew apart,” she believes he was brought into her life for a reason and credited the Unchartered Supply Company founder for reawakening her soul after her devastating split from Jim Edmonds.

“Writing this makes me feel a flood of emotions as I replay our relationship highlights in my head.  I wish things could’ve been different in many ways but alas, things are the way they are…  just as we stood together just a short time ago, we now stand apart,” she wrote.

Meanwhile, during an interview with Page Six, Christian confirmed that the article about him calling it quits with the ex-RHOC star due to her fame was “pretty inaccurate” and insisted they are on “good terms.”

“I’ve never had any problem with any form of publicity,” he said. “We lead very different lives and knew that when we met. Sometimes this happens. I wish nothing but the best for Meghan and the kids and we’re on good terms.”

Meghan appeared on The Real Housewives of Orange County from season 10 until season 12.