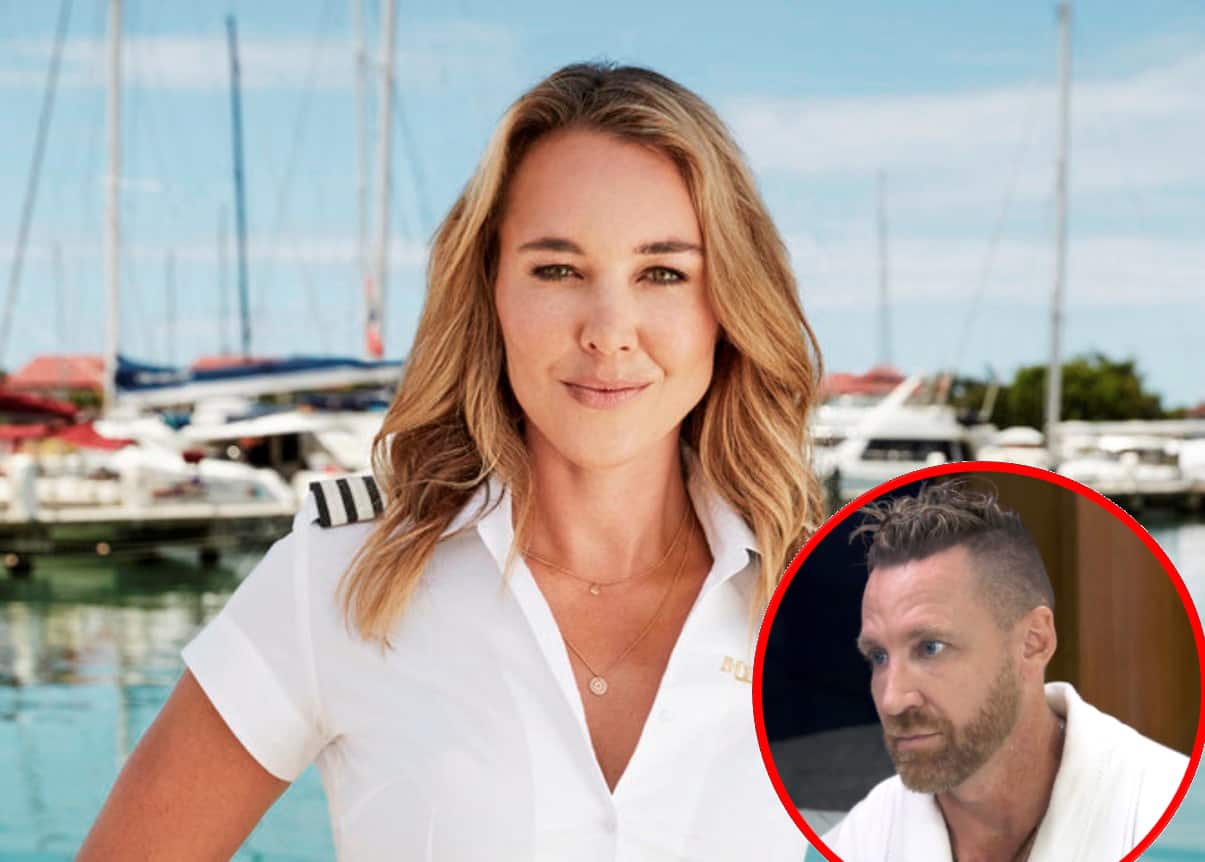 Below Deck‘s Francesca Rubi is calling out charter guest Charley Walters and throwing shade at a couple of crew members while she’s at it.

Francesca took to Instagram to host an “Ask Me Anything” session and decided it was time for her to throw a little shade. She admitted that she likes the “fast-paced” nature of the show and welcoming numerous different guests on the boat, but the one guest she didn’t like was Charley Waters.

“The least favorite would have been the obnoxious charter guests,” she confessed. “Especially the first ones and the way that they spoke to me. You can’t really talk back to charter guests.”

Charley and his friends were the first charter guests of the season and they gave Francesca, along with the entire crew, a run for their money. Charley made it clear to the chief stew that he would forgive the crew for the mistakes made on their first day aboard the yacht, but he basically expected perfection for the remainder of the charter.

Below Deck fans were not happy with the way Charley treated Francesca or the fact that he literally brought her to tears, and he was ultimately blasted on social media for his behavior. After receiving an enormous amount of backlash, Charley decided to explain his side on social media by claiming he was encouraged by production to “act like a piece of s**t to the crew” because “that’s what makes the show.”

Although Francesca is clearly still bothered by Charley’s antics, he claims he has made amends with most of the other crew members who seemingly understood that his terrible behavior was encouraged and exaggerated.

“I get It. You don’t see that part,” he replied on Twitter to an unhappy fan. “Ask any of the crew now, we are friends with most and had some great kind times that you won’t see as it doesn’t make interesting TV. But how would you know? It’s all good.”

I get It. You don’t see that part. Ask any of the crew now, we are friends with most and had some great kind times that you won’t see as it doesn’t make interesting TV. But how would you know? It’s all good.

Elizabeth Frankini confirmed the former charter guest’s claims when she hosted her own “Ask Me Anything” on Instagram.

“As a rebel, Charley,” Elizabeth wrote when asked who her favorite guest was.

Speaking of Elizabeth, Francesca and her second stew do not see eye-to-eye. Francesca doesn’t think Elizabeth is doing her job, and Elizabeth believes her chief stew is passive-aggressive. Francesca was asked how she was able to remain calm when her second stew completely ignored her orders or direction. She explained that there’s basically no other choice but to be calm and that it’s simply her management style.

“There’s also no time when on charter to train,” she clarified. “So you kind of have to find a balance between training on the job and also instructing in a nice way.”

“But yes, it was definitely frustrating for me when Elizabeth wasn’t listening to my directions,” she went on to add. “I feel that I was communicating in a very nice and clear manner. Especially about the cutlery drawer.”

Francesca was then asked if she would consider working with Elizabeth or third stew Ashling Lorger again, but she shaded Elizabeth by “picking” Ashling even though that wasn’t really the actual question.

“I would pick lovely Ash because she just thinks on her feet,” she explained. “And I always know it’s going to be sorted and I don’t need to micromanage. I don’t need to check up on her like you saw with the detox shots in the recent episode.”

Finally, the chief stew was asked which deckhand she finds attractive and her answer was surprising.

“I think Eddie [Lucas] and Shane [Coopersmith] are most handsome,” she revealed with a sneaky smirk. “And um… that’s all for now.”

Viewers have seen Francesca and James Hough acting very flirty with one another so it’s surprising she didn’t mention the deckhand at all. Is it possible that there’s some drama ahead between the two? Fans will have to wait to find out.

Below Deck airs on Bravo every Monday at 9/8c.