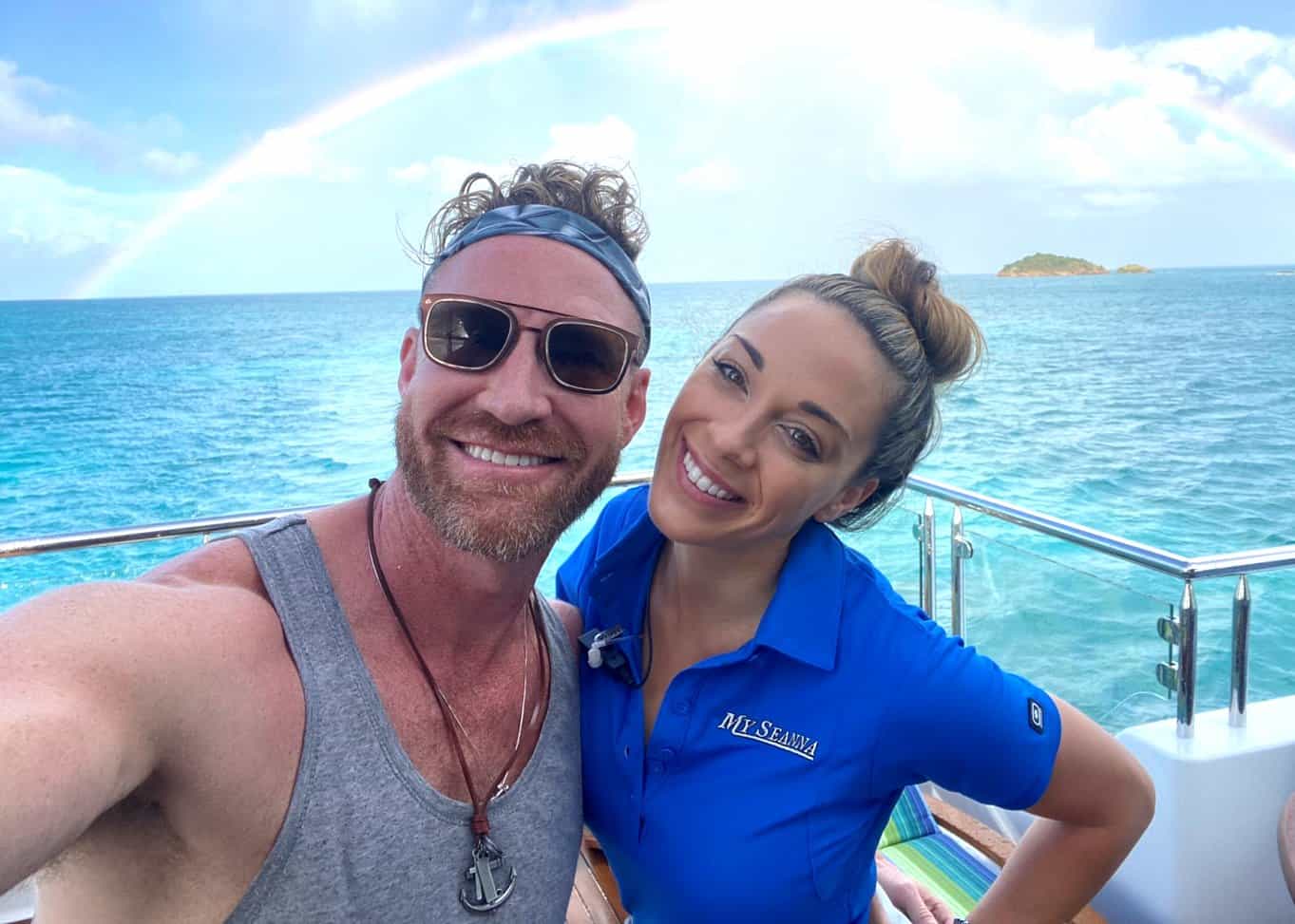 Elizabeth Frankini just shared a lengthy statement about her experiences with Charley Walters and the other guests of the chartered trip to Antigua that aired on last week’s episode of Below Deck.

After Charley faced backlash on social media for his over-the-top demands and obnoxious behavior on the show, Elizabeth took to her Instagram page, where she admitted that the trip was “crazy” and “overwhelming” and seemingly defended Charley’s antics as he responded with remorse in a comment.

“Yes, our first charter on [Below Deck] WAS crazy, overwhelming [and] our guests were super demanding in their very particular ways (esp for it being our very 1st as all-new crew on an all-new boat [with] less than 24hours to meet, organize & prepare!) but this IS the yachting industry after all [and] all of this ridiculousness is NOTHING new,” Elizabeth wrote, along with a photo of herself and Charley standing in front of a rainbow.

“The chaotic energy within this environment is experienced ALL the time..many times even WORSE than pictured on this episode! But we have to not let it completely overwhelm us,” she continued. “If you truly love what you do [and] who you are [and] believe in yourself to handle whatever is thrown your way, you gotta just continue to work your a** off & EMBRACE EVERYTHING.”

Elizabeth went on to tell her fans and followers that they shouldn’t jump to conclusions about people they hardly know, and she said that when it comes to working through drama, it’s all part of the gig.

“In the end, all we can hope for is to still come together [and] be appreciated for our efforts to please our guests in every possible way we could, dealing with the hand we were dealt, as well as acknowledge [and] respect our guests for having their own set of expectations,” she added.

While Charley suggested after the episode aired that Bravo producers had encouraged him to be “demanding and dramatic” on Twitter, he seems to have had a change of heart in the days since, and he admitted, in the comments section of Elizabeth’s post, that he was disappointed with himself after seeing his behavior play out on the show.

“THIS is the reason you all especially YOU in particular get the departure comments and tip that y’all did… because you’re able to rise above the crazy scenario we’re all thrown in, and make the most of it with a great attitude and outlook. You were like that the whole time in a way that many others (myself included!) were not able to be,” Charley wrote.

“I was disappointed in myself when I saw the whole story taking place and I do apologize for the actions viewers saw. But I love ‘take the best and leave the rest’!” he added. 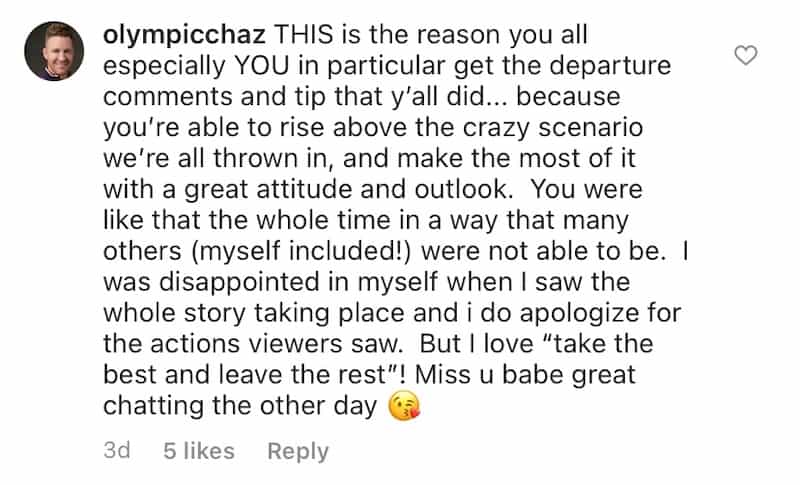 Below Deck Live Viewing – This is also a live viewing thread for tonight’s new episode of Below Deck season eight, which airs on Bravo at 9 p.m. Please share your comments in our chat below as the episode airs.