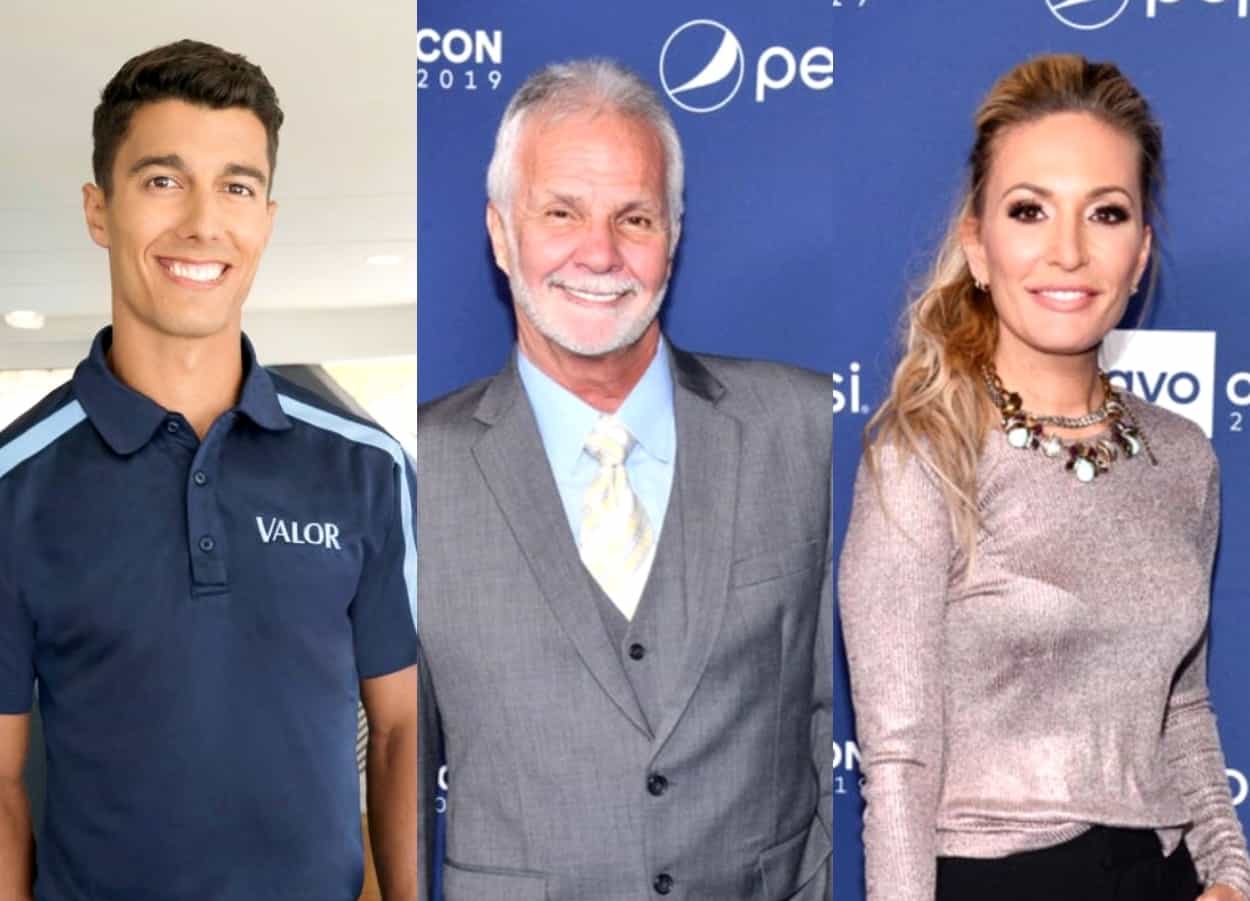 Bruno Duarte from season five of Below Deck is making some rather explosive allegations against Captain Lee Rosbach and Kate Chastain as he shares what went down that made his season “tricky and intense.”

Bruno admits that he joined Below Deck because he was a fan of the show. He had been working on cruise ships for a time, but after watching the show, he decided to go into yachting and applied to be on the show. However, it didn’t turn out the way he thought it would.

The former deckhand joined the Behind the Velvet Rope with David Yontef podcast on December 7 and dished the dirt on his season. He is still in the yachting industry and is now working as a chief stew, and he claims that the show is not realistic and “real yachting” is actually much more dramatic. He says he always put his work on the boat first, but he claims Lee and Kate did the exact opposite. He also alleges he was treated poorly by both Lee and Kate, and he believes it’s because he isn’t “American.”

“Captain Lee would make jokes about my accent,” he shares. “It was very, very uncomfortable sometimes to be with him.”

Bruno then goes on to discuss an alleged incident that occurred during a crew dinner when he was seated next to the captain.

“I was so uncomfortable and I am the kind of a person that when I’m uncomfortable, I just leave period,” he explains. “I’m not gonna waste my time, but I was on the show so I couldn’t; I didn’t have a choice. So I made the effort to try to communicate with him and try to see the good side of him.”

He goes on to allege that Lee “forced him” to ingest alcohol.

“He started to be a little bit tipsy and he literally forced me to take two spoons of his dessert, which was soaked in alcohol,” he alleged of Lee. “It was like two fingers of alcohol soaked on top of his dessert. And he knew I wouldn’t drink because I don’t like alcohol.” Bruno claims he got sick afterward.

The season five star continues by admitting he doesn’t have much respect for Captain Lee and felt like he was being “spit on.”

“Just the fact that you have a person like him, a captain that does that to a crew member, which is off duty and needs to start the next day and doesn’t make an effort to talk to you, but then forces you to have two spoons of that dessert, which doesn’t make any sense,” Bruno explains. “For me it was not even harassment, it was like spitting on me like, ‘Oh, I’m the captain and you do what I’m telling you to do because I’m the star of the show.’”

The former deckhand also takes aim at Kate, who he was excited to work with because he had been a fan, but “she turned out to the be the person [he] never thought she was.”

“She was so tangled up in her character, because she created a character and she was so into her own drama and the way that she needed to act in front of the camera that you couldn’t even see the real Kate,” Bruno alleges.

He goes on to say that her attitude caused her to lose respect and others have also called her out for her behavior.

“I think that’s how her place in the show got ruined in my opinion after season five because she was getting more people saying okay enough is enough,” he claims. “It’s not about even creating drama or creating the show, she became a really mean and miserable person and from my season I could see that straight away.”

Bruno also claims that the boat was filthy because Kate only cleaned what she knew would be visible on camera.

The former deckhand then goes on to allege that Kate would actually drink on charter, which fans know is a BIG no-no!

“I know for a fact she would drink while she was working,” Bruno claims. “If you’re chief stew, you don’t mix Bailey’s with your coffee. You don’t create drama.”

“The fact that the crew was consuming drugs [and] alcohol and the way they would prioritize every single bad decision on the show and not prioritize your work on the boat because at the end of the day I know I’m responsible for that boat and that boat was never taken care of,” he declares.

Although his experience on the show was less than pleasant at times, he was ultimately happy with the way he was portrayed, “which is not very common on Below Deck because everyone gets ruined,” he declares.