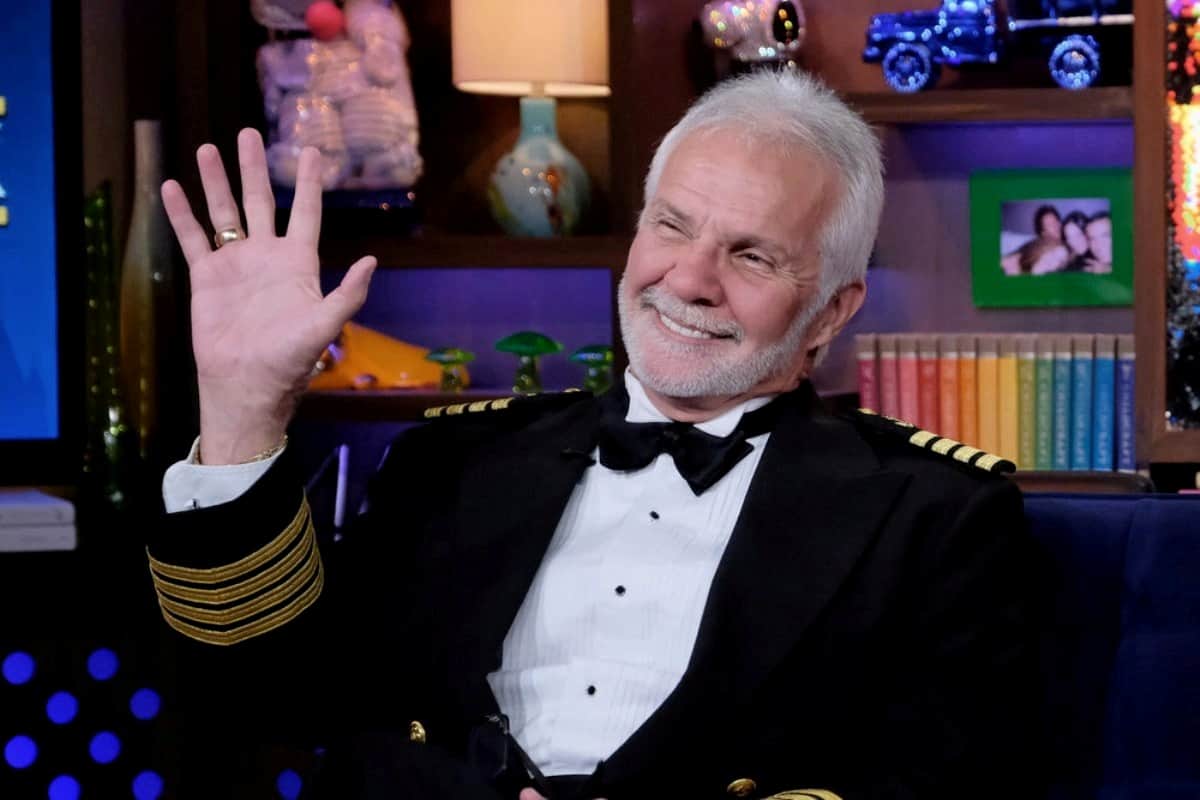 Captain Lee Rosbach is re-addressing the aggressive and misogynistic behavior that took place during season seven of Below Deck.

As fans may recall, a lot of drama went down between the male and female crew members on the boat during season seven, which left the ladies feeling marginalized. At one point, there was even a scary, violent incident that went down when Ashton Pienaar punched the window of a van inches away from Kate Chastain after she refused to kiss him, and he only calmed down when the other men in the van grabbed and basically detained him. Many viewers were shocked that the misogynistic behavior exhibited was left unchecked by Captain Lee, but he has since explained that he was unaware of the drama at the time and was just as shocked as fans were when the show aired.

A fan recently attempted to take Captain Lee to task on Twitter and questioned why he didn’t step in to stop the bullying as it was happening.

“If you like this, I’ll expand. You really are awful after seeing all of the bullying you never tried to stop last season,” the fan tweeted to Lee.

Lee, who is extremely active on Twitter, responded immediately to explain his side of the story.

“Had I [known] about it, it would have stopped immediately, no question there,” he responded. “But I have to know before I can step in and I didn’t. I didn’t see it till it aired and no one spoke of it to me while we were there. Sorry you don’t get it.”

Had I know about it, it would have stopped immediately, no question there. But I have to know before I can step in and I didn't. I didn't see it till it aired and no one spoke of it to me while we were there. Sorry you don't get it. https://t.co/w21m8TScBG

A few crew members, both past and present, quickly sided with the captain and helped back up his response. Chef Rachel Hargrove, who is featured on the current season (season eight), was “amazed” by the fan’s tweet and also responded to the question.

“Bulling onboard happens alot…” the decorated chef explained via Twitter. “As a department head I have had to step in and go to the Captain myself about a person or persons being ganged up on. Also sometimes the crew member is intimidated and ashamed to go to the Captain.”

This amazed me about this tweet
So here's my response… https://t.co/63lnvVmQJl

Third stew, Courtney Skippon, was aboard the yacht in season seven and experienced the bullying first hand, and she fired back at the viewer with a question of her own.

Courtney also recently spoke to Vox and explained how the guys’ behavior actually led to the women forming a special bond while on the boat.

“Nothing bonds two people like mutual hatred (especially for another coworker). It can be galvanizing for you and other members of the team who are being tormented by the same *insert problematic adjective here* person,” she shared. “Take comfort in them (thank you, Kate) and your shared experience.”

Lee has stated multiple times that he wishes one of the ladies would have come to him and informed him of the situation. In fact, when Kate left the boat in the middle of the night in an attempt to avoid the toxic situation, Lee revealed in his blog that he had no idea why she had left.

“Kate, my only issue is that you didn’t let me know when you left or a note or something so I would know you were ok,” the captain shared. “Now that I see why you left, I really wish you would have let me know what was going on so I could have dealt with it. And I certainly would have dealt with it quickly and firmly to say the least. You showed a great deal of class by not tossing Ashton under the bus that he would’ve been deserving of.”

Although the majority of the men on the boat acted inappropriately at one point or another — including Kevin Dobson, who kicked sand into Kate’s face and eyes — it’s Ashton that Lee claims he will never work with again. This has a great deal to do with the fact that Lee doesn’t believe the former bosun was remorseful for his actions at all.

“I don’t get that feeling of sincerity from him or any remorse at all. And I’m a pretty good judge of that,” the Running Against the Tide author explained on The Jenny McCarthy Show earlier this year.