PHOTOS: Kristin Cavallari Addresses Dating Rumors With Austen Kroll After Partying With Southern Charm Star as Her Pal Shades Madison: “He Doesn’t Like You, Madison” 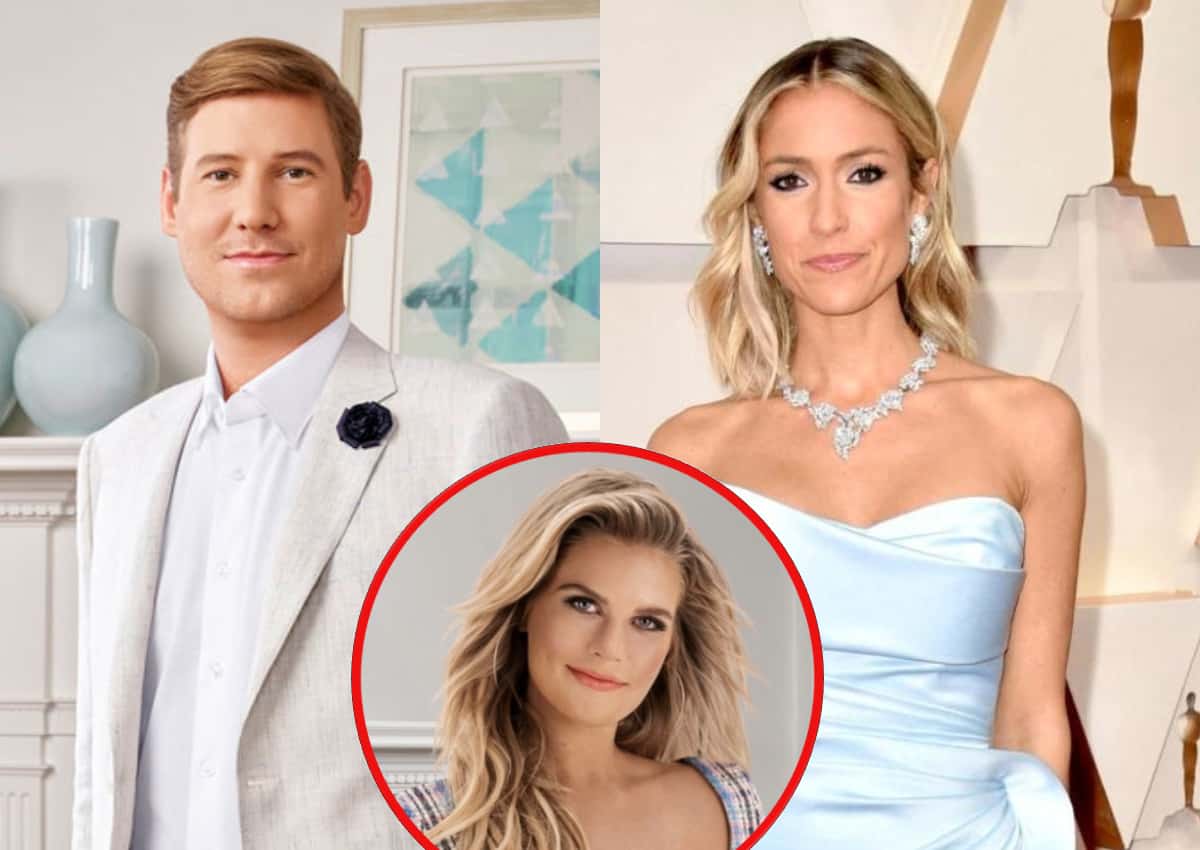 Kristin Cavallari and Austen Kroll have sparked some serious dating rumors lately, and now, Kristin is setting the record straight.

The Very Cavallari alum and Southern Charm stars Austen and Craig Conover partied in Nashville over the weekend as the duo spent time with Kristin and celebrity hairstylist Justin Anderson.

Although the get together seemed friendly in nature, many fans speculated about Austen and Kristin becoming an item, considering Kristin’s divorce from former NFL player Jay Cutler and Austen’s (permanent?) separation from Southern Charm co-star Madison LeCroy.

“Been laughing at the noise since ’05,” Kristin captioned a photo with Justin, possibly hinting at the “noise” of rumors swirling around her and Austen’s relationship.

Justin also posted a photo to his Instagram page of the group hanging out and celebrating at a Nashville dinner together.

“My apologies for the instagram lives last night. new rule: my phone should be locked up when i drink ???? this 2020 friendship is one for the books ♥️ @caconover @krollthewarriorking @kristincavallari,” Justin captioned his post.

Those Instagram Lives came after dinner as the group took to partying at home. As they blasted Taylor Swift’s “Mean,” Kristin danced on the table and got on top of Austen’s shoulders. 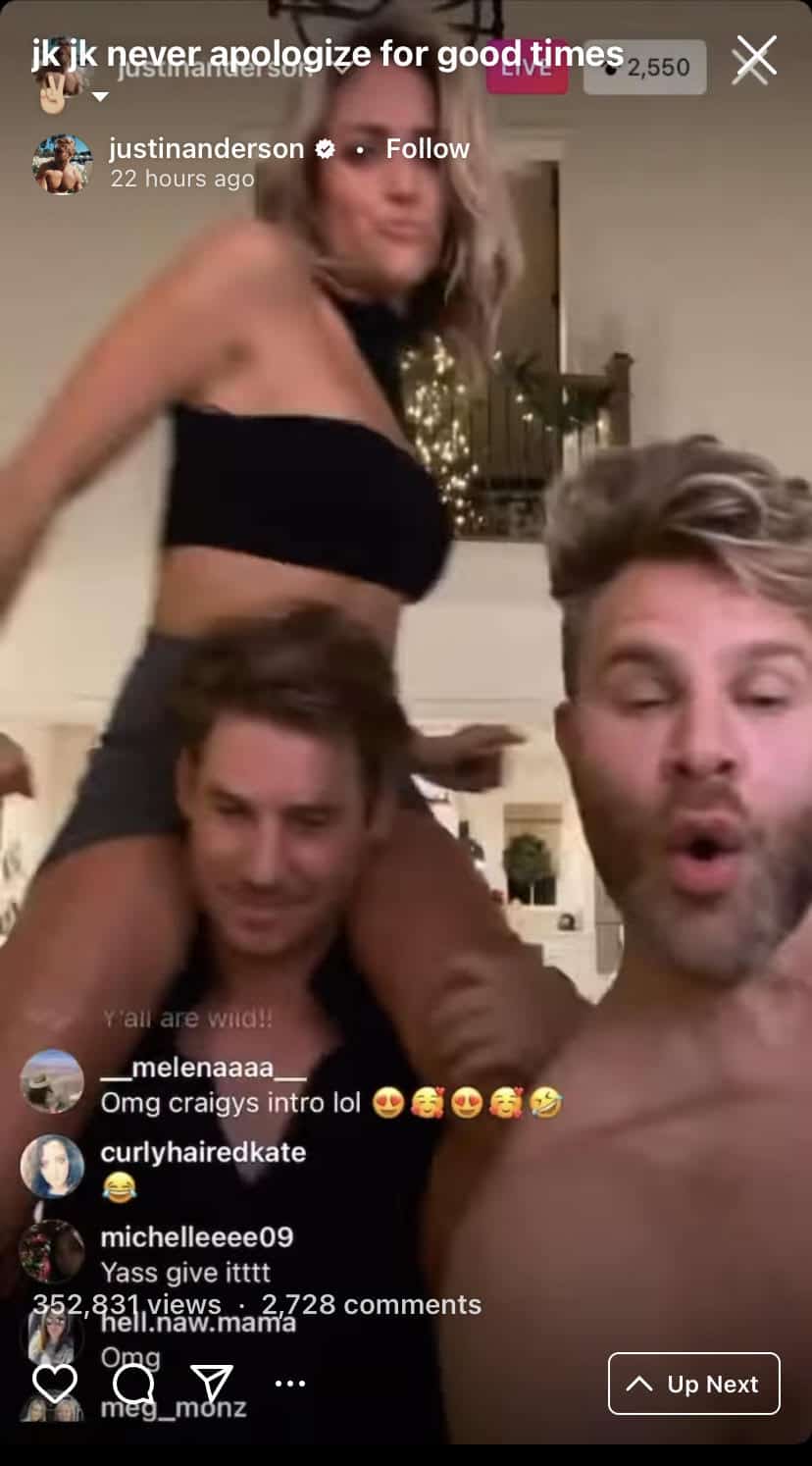 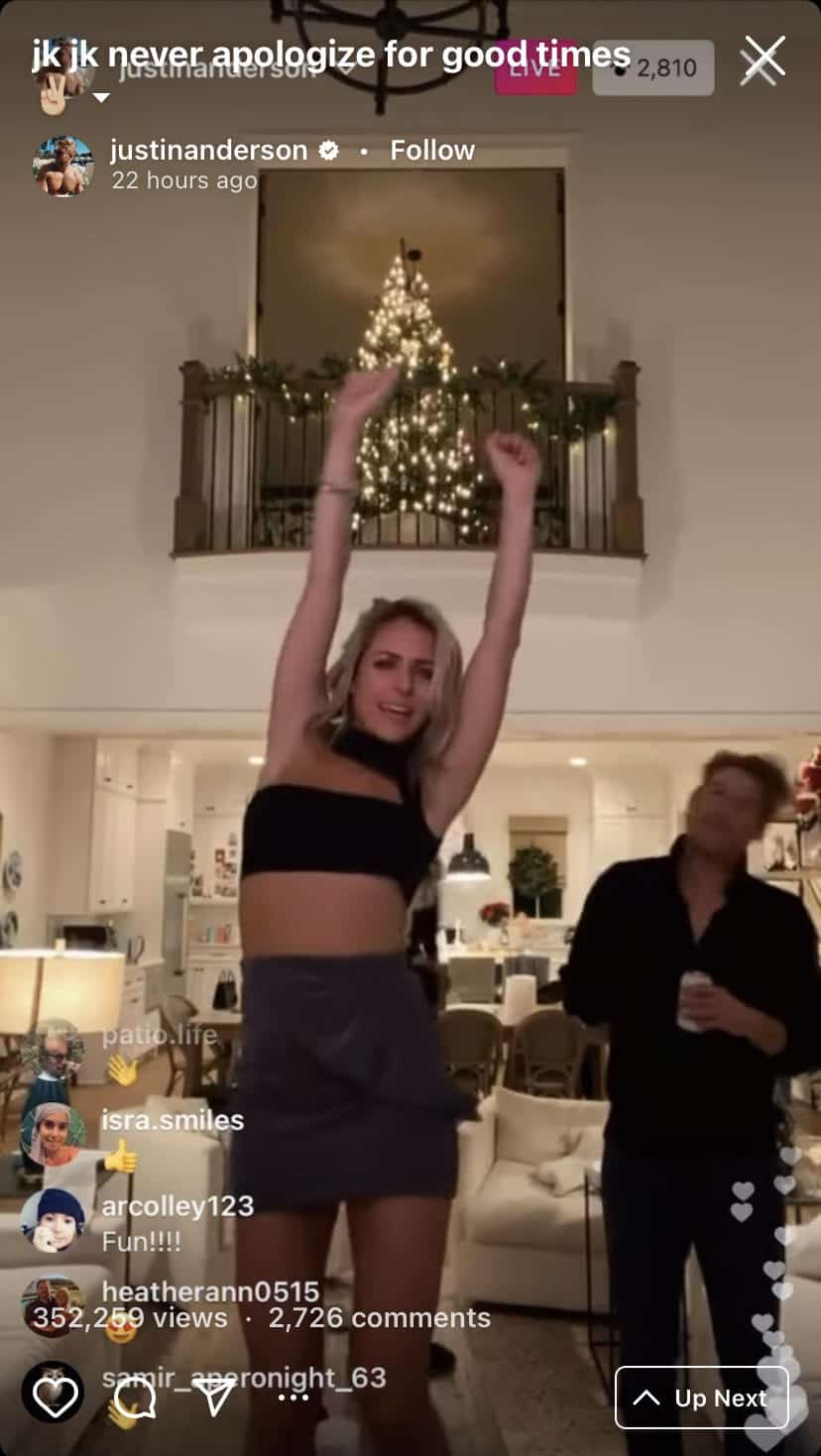 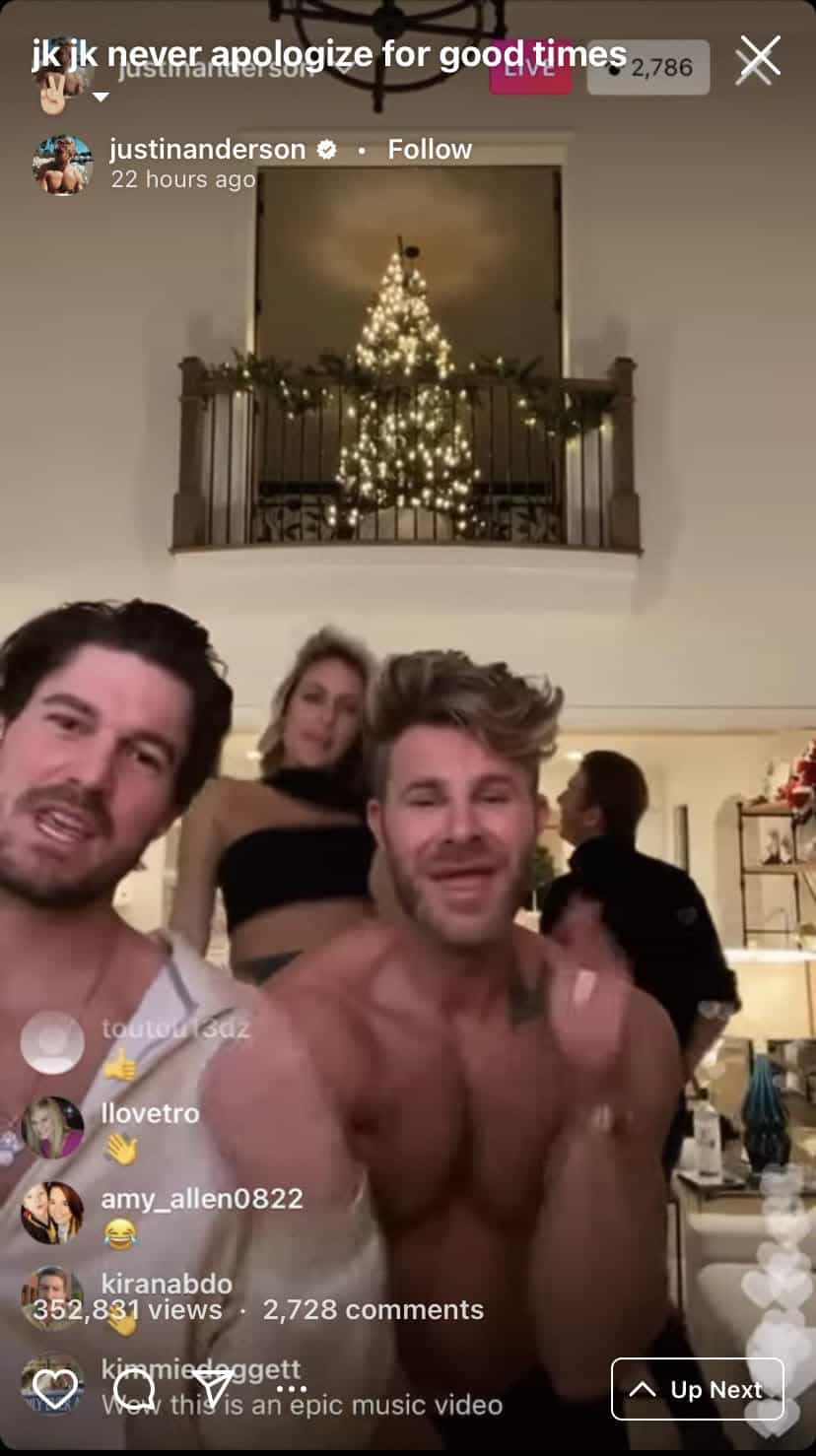 Continuing with their perhaps Nashville-inspired Swiftie session, the group played “We Are Never Ever Getting Back Together” and danced as Justin said, “He doesn’t like you, Madison!” (via Comments by Bravo).

After the night of partying, Kristin appeared to shut down the dating rumors with Austen as she shared a boomerang to her Instagram Stories the following day, joking, “I didn’t realize I wasn’t allowed to have FRIENDS that are guys,” and rolling her eyes. 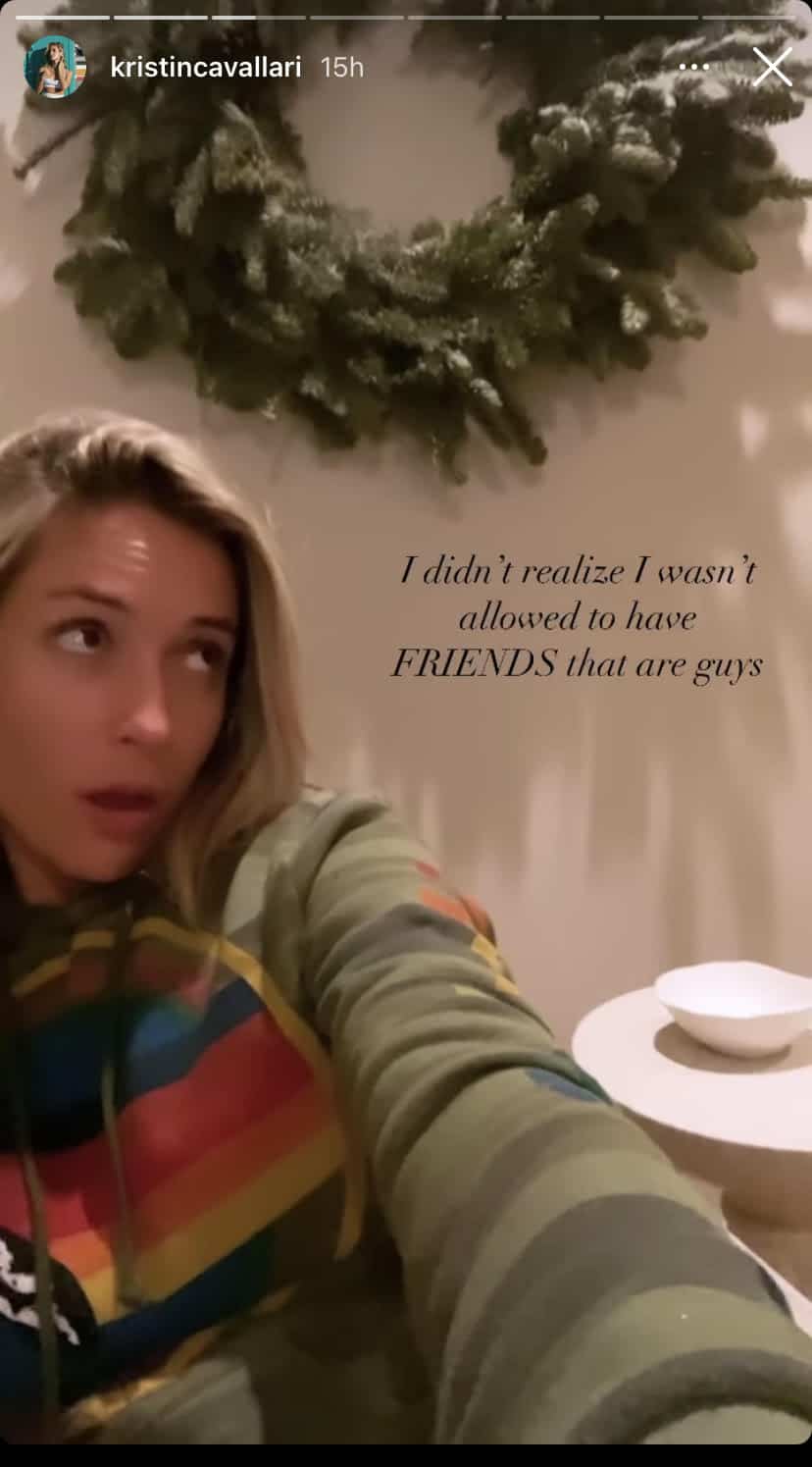 This recent Nashville trip wasn’t the only reason fans were speculating about an Austen-Kristin flirtation. After the Uncommon James founder posted a bikini pic by the pool, Austen promptly commented, “See you next week! Keep breaking the internet in the meantime.”

Madison then responded to fan speculation about the comments, writing, “Yeah trust me if he was with her he wouldn’t be sending me songs at midnight … last night ???? bless[.]”

Even though she intimated that she wasn’t exactly pressed, Madison still admitted the whole thing makes her feel some type of way, confessing to Entertainment Tonight after announcing she and Austen called it quits for good.

“If he was actually dating her, I don’t think he would be sending me song lyrics at midnight,” Madison said, doubling down on her social media comments. “She’s a bombshell, like, I don’t you know — I know that they are friends. I think he’s trying to get under my skin, which is fine. And, like, honestly? If he can pull her, go for it. Knock yourself out. I’d be shocked.”

Eek. We wonder what her thoughts will be after the squad’s Nashville romp this weekend…