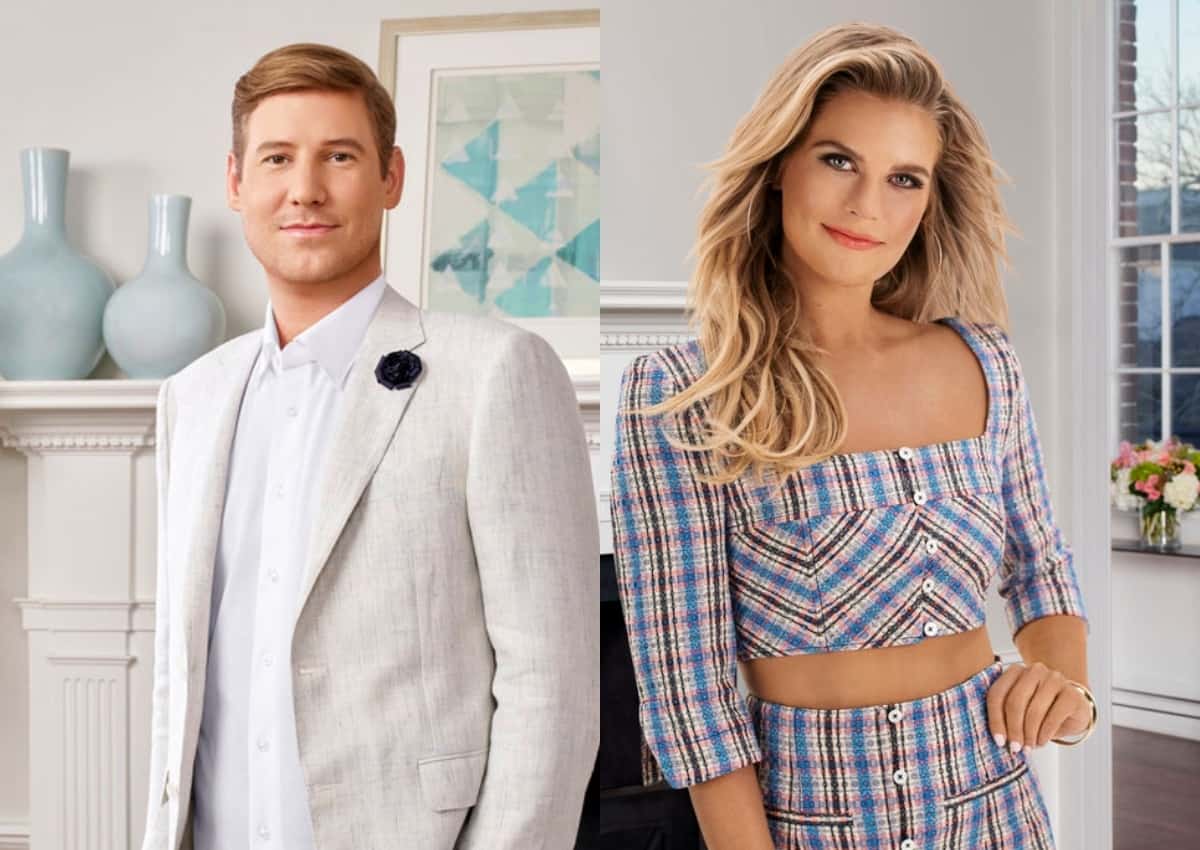 Austen Kroll is dishing on his “shaky” relationship with Madison LeCroy, the issues he has with some of his co-stars, and a particular confrontation he’s nervous about that will air later in the season.

Austen is probably having his toughest season on Southern Charm to date and much of that has to do with his on-again, off-again girlfriend Madison. The salon owner isn’t the only cast member we’ll see Austen have beef with, though. Austen has a few words for his friends, Shep Rose and Craig Conover, and their behavior this season, but the biggest surprise is the fact that he also has some things to say about Mrs. Patricia Altschul.

In an interview with Entertainment Tonight, Austen was asked how things are fairing with Madison as of November 2020.

“My relationship with Madison is shaky. Does that surprise you at all,” he quipped.

When pushed further for a definitive answer regarding whether he and Madison are currently together, he shyly replied, “I don’t know if I can answer that.”

“With Madison and I, we are always kind of up and down, but considering that we are so strong on these first couple of episodes, or the season,  you just [have to] watch.”

It’s unclear if he’s obligated by his Southern Charm contract to keep the status of his relationship with the blonde beauty a secret until the season ends or if he’s just genuinely not sure where their relationship stands.

The last time Austen shared a picture with Madison on Instagram, not related to the show, was on June 23 when he celebrated his 33rd birthday with friends and family.

At BravoCon in 2019, Austen labeled Madison his soulmate and he still stands by that. When pressed on what makes her so special in his eyes, he had nothing but extremely kind things to say.

“She’s kind of like this impressive woman and when we’re together and we’re good, I don’t give a sh*t what anyone’s got to say.” He later revealed of their relationship, “It makes me happy and I feel like when we’re together, I can take on, you know, whatever and that’s a good feeling to have. She makes me want to be better, be successful.”

He then immediately turned his attention to Craig by venting, “Craig, go and talk out of both sides of your mouth to Shep or whoever will listen to your whiny a**. I don’t care!” His frustration clearly has to do with the things that Craig has said about Austen and Madison’s relationship, which fans have witnessed on the show. The Trop Hop founder went on to claim that Craig is just “miserable” and “heartbroken,” and he claims it’s because the pillow expert is still in love with their former co-star, Naomie Olindo, who broke things off with Craig more than two years ago. Austen believes Craig roots for his relationship with Madison to fail because “misery wants company.”

Austen then set his sights on Shep. On the November 5 episode, Shep actually decided to apologize to Madison for a situation that went down on the first episode of the season when he invited both Madison and a man she apparently had a one-night stand with. Austen explains that he still believes to this day that it was a total set-up even though Shep has vehemently denied the allegation. Austen was then asked to explain his thoughts on why Shep also doesn’t want to see things work out with Madison.

“[Shep] wants [me] as a wingman, as his buddy, [to] go get drunk at the bars.” He went on to add that he’s “definitely a little weary of Shephard.”

Regarding the tensions between Shep and Madison and why they can’t seem to get along, Austen surprisingly believes it has a lot to do with the fact that the two are very much alike.

“Both have to say the last word, [and] as much as I can say that they don’t like each other, I’m like, ‘y’all are the same person!’”

As some fans may have seen, Austen and Patricia recently had an Instagram spat, so it appears that he’s not on the best terms with her this season either. He says viewers will get to see a confrontational sit-down he had with Patricia later in the season, and he admits that he’s concerned about how it will come off to her die-hard fans. He then took the chance to throw a little more shade at Patricia, as if the mini Instagram battle wasn’t enough.

“Patricia, as a rich person does, gets a blow-out from Madison two to three times a week, I don’t think the woman has washed her own hair in her entire life, you know? He then added of Patricia attempting to set Madison up with other men, “do you want her [Madison] to be on her fourth marriage too?” Ouch!

As for what Austen is most excited for the fans to see this season, he claims he just wants them to see the show in general. “I think that everyone on the show can pat themselves on the back.”