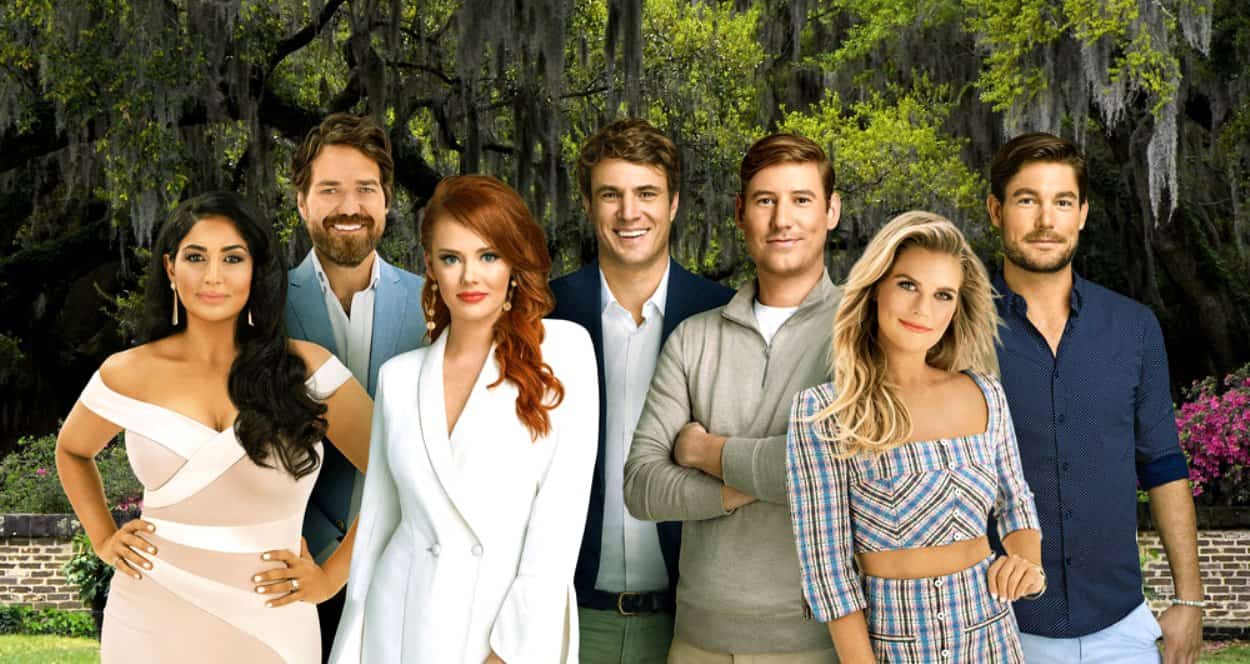 With Kathryn Dennis front and center, the cast will be seen navigating through plenty of scandals, including the removal of one of Kathryn’s ancestor’s statues in Charleston, South Carolina, and Madison LeCroy‘s potential new romance with new cast member John Pringle. Plus, Leva Bonaparte is also added to the cast.

“You and I need to go our separate ways,” Madison tells Austen Kroll as the season seven trailer begins, later slamming her on-again, off-again boyfriend at a party for being a “beta b*tch.”

“Are you serious right now?” he replies.

Shortly after their split was confirmed, Madison was seen spending time with John, and later, Craig Conover questions John about whether he’s romantically interested in her.

“Are you just going to like drop it and be friends with Austen?”

Because filming began earlier this year, the cast will be seen dealing with the spread of COVID-19 and the restrictions put into place throughout their hometown because of it.

Although it has yet to be revealed if any cast members contracted the virus, Shep Rose said the quarantine was “tough” and hinted that one of his female co-stars “tested positive” during production.

As the trailer continues, Kathryn causes concern among her friends as it is revealed that she has started drinking again after attending rehab years ago amid her custody battle with Thomas Ravenel, who has since welcomed another child with ex-girlfriend Heather Mascoe.

“Thomas got a girl pregnant and she’s having the baby,” Kathryn tells Danni Baird.

While Kathryn and Danni have been close for years, Danni accuses Kathryn of abandoning their friendship during the trailer and seemingly suggests that she is on something during a conversation about their relationship.

“Is there something in your eye?” she wonders.

“I have on fake eyelashes,” Kathryn fires back as she storms off.

In addition to facing criticism from Danni, Kathryn also comes under fire with newbie Leva, who calls her out for being privileged.

“Kathryn, you’ve spent your entire life living in a bubble of white privilege,” Leva claims as she openly supports the removal of The John C. Calhoun Monument and says Kathryn’s ancestor was a “proud enslaver.”

Leva then touches on the racism scandal Kathryn faced earlier this year after sending a monkey emoji to a Black radio show host, which she has since apologized for.

“When I first saw the monkey emoji I was just like ‘what the hell, Kathryn,'” Leva tells her.

“In my heart, I know I’m the furthest thing from racist,” Kathryn insists.

Cameran Eubanks, Chelsea Meissner, Naomie Olindo, and Eliza Limehouse announced they would not be participating in the show’s seventh season earlier this year.