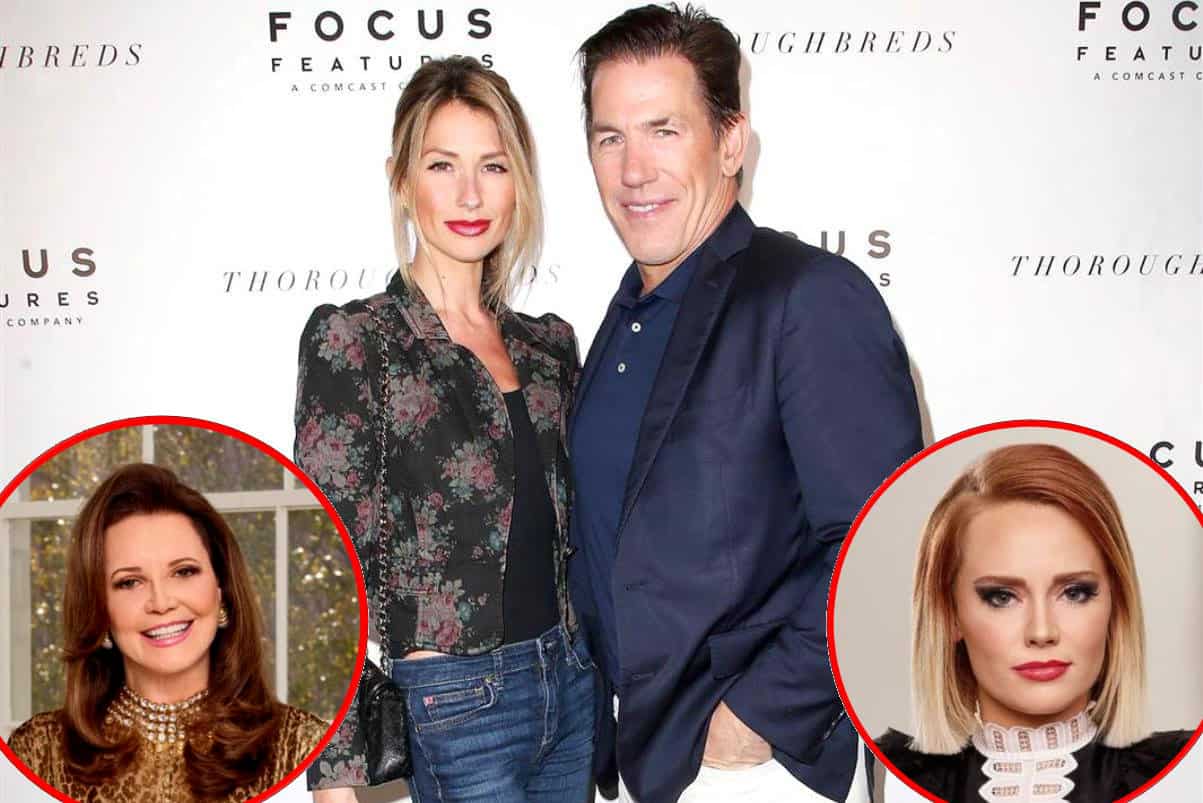 Southern Charm star Thomas Ravenel is addressing a number of claims today, including the allegations that he sexually assaulted his former nanny.

First, Thomas took to his Instagram and shared a post insisting that rumors suggesting he treated his former girlfriend, Kathryn Dennis, unfairly amid their custody battle, by making her undergo three drug tests each week, were untrue.

“Lots of lies on ‘Southern Charm.’ For example, I am sadistic [because] I requested 3 drug tests of [Kathryn] per week. Fact is I requested only 3 tests over the course of an entire year,” he wrote on August 12 in the now deleted post.

Thomas also shared the message with his Twitter audience and when a curious fan said the details of his custody battle with Kathryn should remain between the two of them, he responded: “Agreed. Tell that to Pat who repeated this lie repeatedly.” 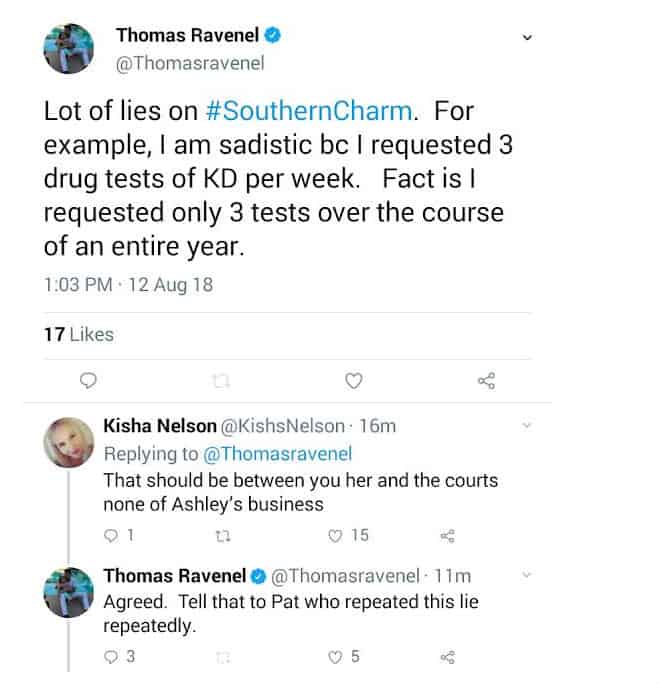 As fans of Southern Charm may recall, Patricia Altschul spoke of Thomas during a July interview on Amy Phillips’ SiriusXM radio show, Reality Checked, explaining why she ended their friendship.

“[Thomas said] that [Kathryn] was doing drugs after she came back from rehab, which is why I continued not to have any relationship with her… but the fact of the matter is that she was passing drug tests,” Patricia said.

Patricia then added that Thomas’s girlfriend Ashley Jacobs encouraged him to increase the number of times he had Kathryn tested for drugs during their custody battle.

“From what I was told, she would have drug tests every three weeks and then when Ashley came on the scene she was making her have drug tests three times a week,” Patricia stated. “It’s sadistic.”

Also on Twitter this week, Thomas addressed a fan’s statement about the allegations that he raped his former nanny. 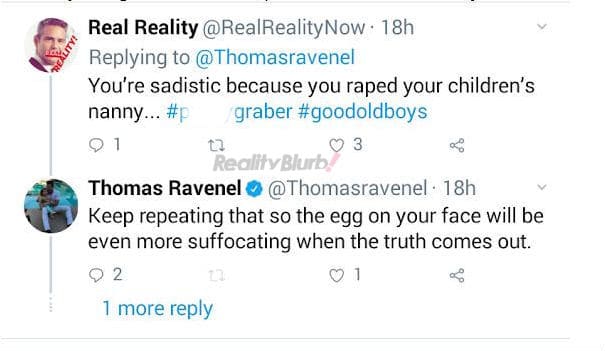 After a Twitter user accused him of sexually assaulting his ex nanny, named Dawn, Thomas fired back: “Keep repeating that so the egg on your face will be even more suffocating when the truth comes out.”

Thomas has been accused of sexual assaults by two women in recent months and is currently under investigation with police in South Carolina and with Haymaker, the production company behind Southern Charm.