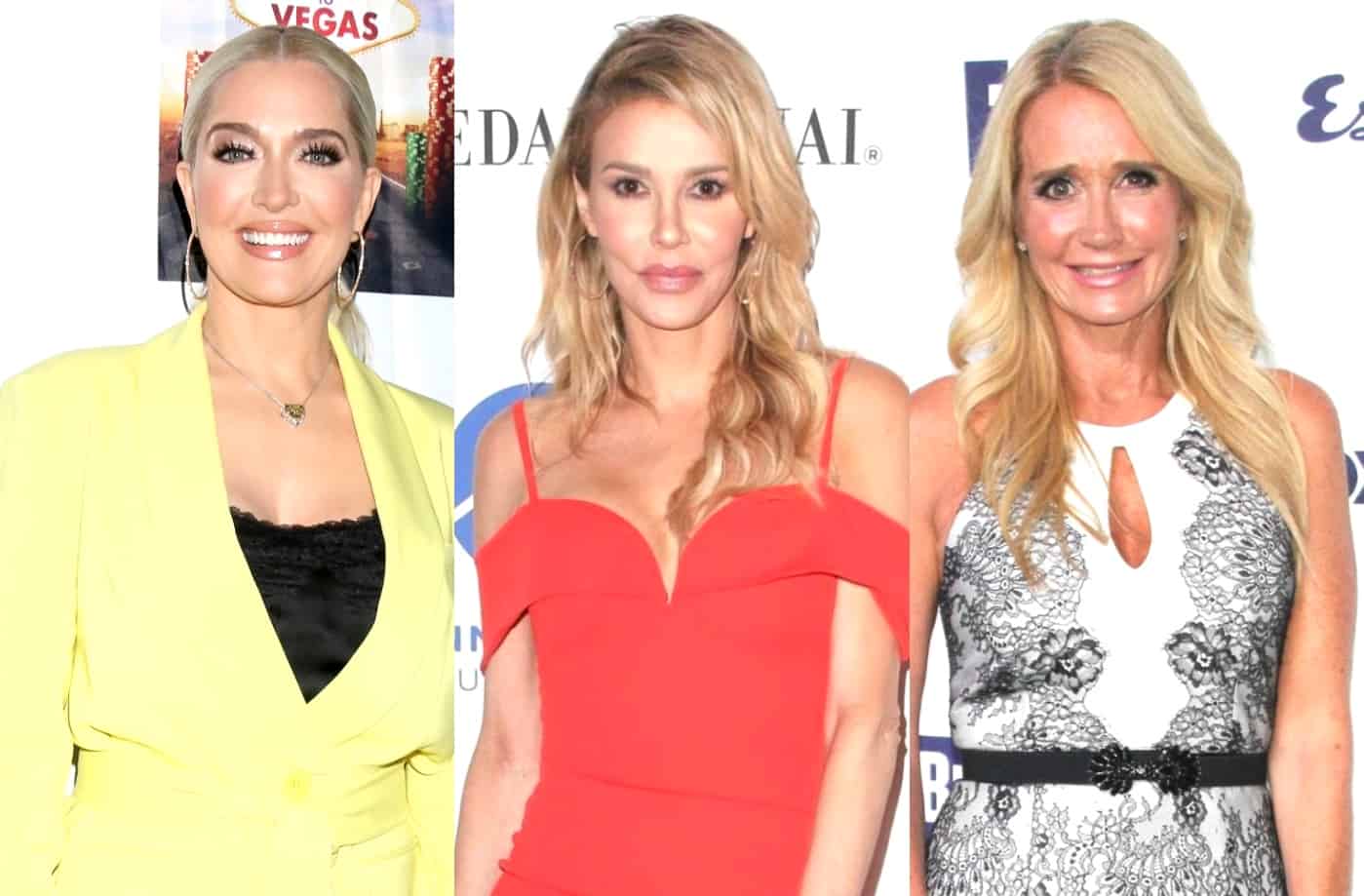 And in a new interview, Zack is shedding more light on his claims as Brandi issues yet another denial this week.

Zak acknowledges the allegations he made went viral and claims it caused a rift in Brandi and Kim’s friendship.

“And then Brandi Glanville ended up having to speak out about it because it spread online,” he explained. “Kim heard about it and Kim was apparently upset with her.”

“But then she eventually came out claiming she did sleep with Carlton,” Zack stated. “But she’s denying sleeping with Kim Richards, which I think she’s lying about. I think it actually did happen.”

He goes on to claim that Brandi likely “influenced” Kim or talked her into doing something she wouldn’t normally do. He also thinks Kim is probably humiliated and Brandi is likely scrambling to save their friendship, but he claims Brandi is more worried about the opinions of Kyle Richards and Kathy Hilton since they’re actually on the show.

“But [Brandi is] mostly trying to salvage her relationship with the Richards family,” Zack indicated. “So she continues to get invited to the white party and could potentially have a chance of making a Real Housewives comeback.”

Zack also spilled on what his sources are saying now and whether or not Kim will appear on the upcoming season of RHOBH.

“What I’ve heard is Kim has not filmed,” he revealed. “And I think it’s because she’s super COVID afraid, so she’s not seen anybody. The only person I think she’s seen is Brandi, but they’re currently fighting. I kind of caused that little fight. So they’re not talking to each other right now.”

Brandi continued to deny the rumors following Zack’s recent statement, noting that their friendship has devolved since the rumors began to spread.

“I have NEVER hooked up with Kim Richards!!!!” Brandi exclaimed on December 15. “If I had I’d just f–king say it!!! We have a sister like friendship. Well we did before these stupid rumors.”

Zack also dished on Erika and her divorce from Tom Girardi. He says, according to his sources, the reports claiming her divorce is a sham are simply false and he thinks fans will actually get to see the divorce play out on season 11.

“What I hear is, we are going to get a full storyline with Erika’s divorce,” he claimed. “And it isn’t a sham, it isn’t an embezzlement scam. It’s not going well, and she’s really having a hard time and struggling. Which I think is great for her.”