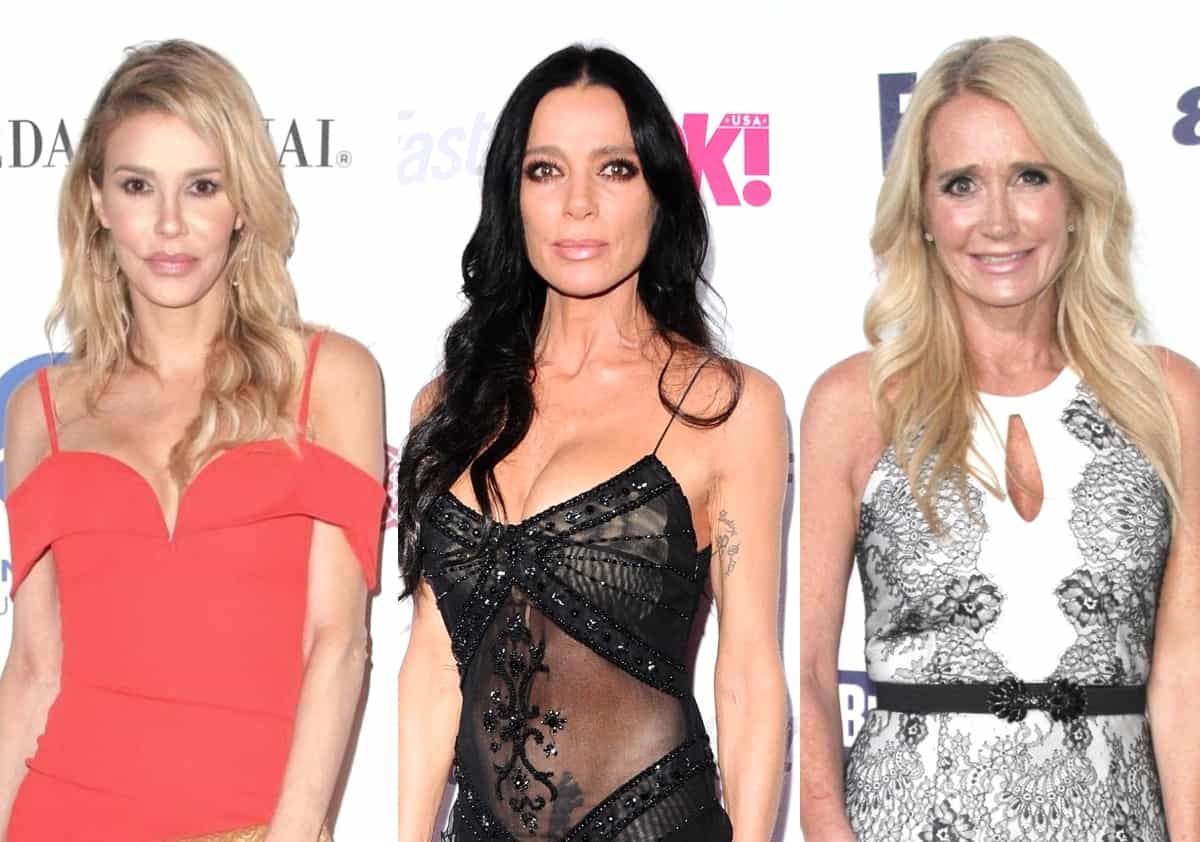 Brandi Glanville cannot get in touch with her longtime friend Kim Richards.

Weeks after a rumor surfaced in which Brandi was accused of hooking up with Kim and an unidentified man, the Real Housewives of Beverly Hills cast member admitted the two of them are now estranged before detailing her hookup with ex-co-star Carlton Gebbia and teasing a potentially upcoming tell-all book.

In a tweet shared last month, Brandi accused Denise Richards‘ PR team of leaking the hookup rumor before denying anything romantic occurred between herself and Kim.

Continuing on to listeners of her podcast, Brandi said it was she and Carlton who engaged in a hookup with a mystery man.

“Carlton and I, we fooled around. It was after her and David split up and we had a wild night,” she shared.

As for the biggest misconception people have of her as a result of her time on RHOBH, Brandi said viewers often think she is “drunk seven days a week, 24 hours a day.”

“On [RHOBH], that’s what they show, and it’s just not [the case],” she explained. “Yes, I love to party. I love to dance on tables. I love to drink. But I also don’t wake up and have champagne… unless it’s Sunday!”

While Brandi has been known for her wild ways in the past, she’s also done a lot that she’s proud of, such as becoming a New York Times best-selling author in 2013 with her first book, Drinking and Tweeting, and again in 2014 with the follow-up, Drinking and Dating.

Moving forward, Brandi says that while she hopes to release a new book soon, she is not yet sure if her next publication should be a tell-all.

“I’ve been writing a lot. I have one specific chapter… It’s called, ‘The Emails I Never Sent.’ I thought it could be a good chapter because there’s quite a few people you guys know in these emails!” she teased.

“Is this my tell-all?” she wondered. “I would want to go balls to the wall and talk about all the bullsh*t I’ve endured through work situations [and] romantic situations. I want to tell the truth and I want to say their names and have people know who I’m talking about. But is it time for that book right now?”

The Real Housewives of Beverly Hills cast will return to Bravo sometime next year for season 11.