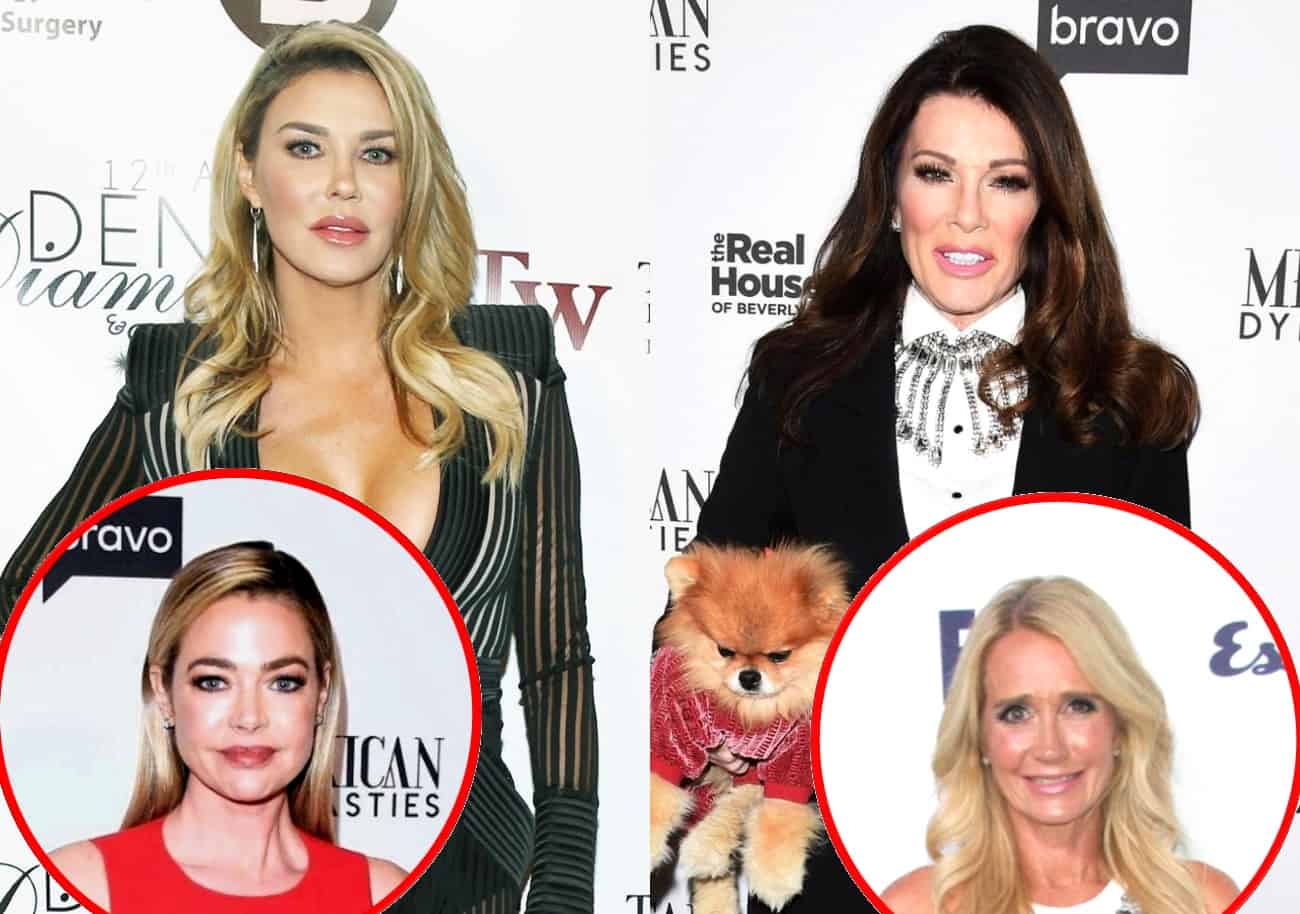 A lot of housewives may be afraid to come for Lisa Vanderpump, but Brandi Glanville has shown she’s not one to hold back.

Taking to her Twitter page on Wednesday, Brandi responded to some recent comments the former Real Housewives of Beverly Hills star made about her as Lisa revealed on her podcast, All Things Vanderpump, how she felt about Brandi exposing her supposed hookups with Denise Richards.

“[Denise]’s got children and she’s got a husband. [Brandi] never needed to ever say anything. I understand [her not wanting to be the other woman] but then don’t bring it up,” Lisa said of the issue.

“Dear LVP You continually when on talk shows saying that I was irrelevant and you wouldn’t talk about me… but now on your OWN podcast you’re choosing to talk about me constantly so which is it?” Brandi questioned on Twitter. “Also you have no idea what happened between Denise &I you were not there remember?” 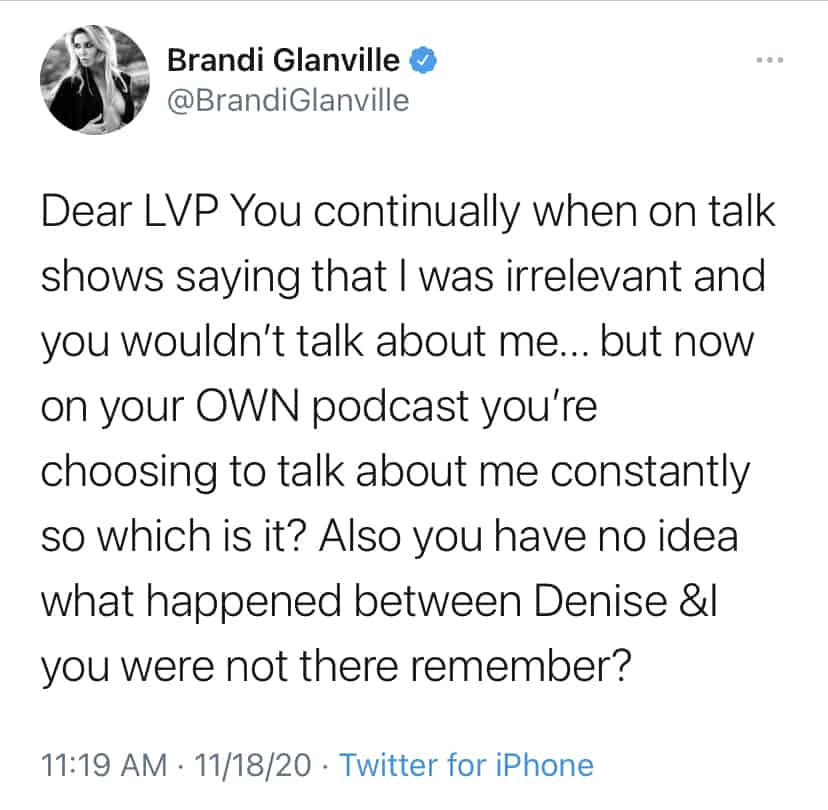 Brandi also came after Denise for allegedly spreading the rumors about her and Kim Richards supposedly hooking up, believing Denise was enacting her revenge. 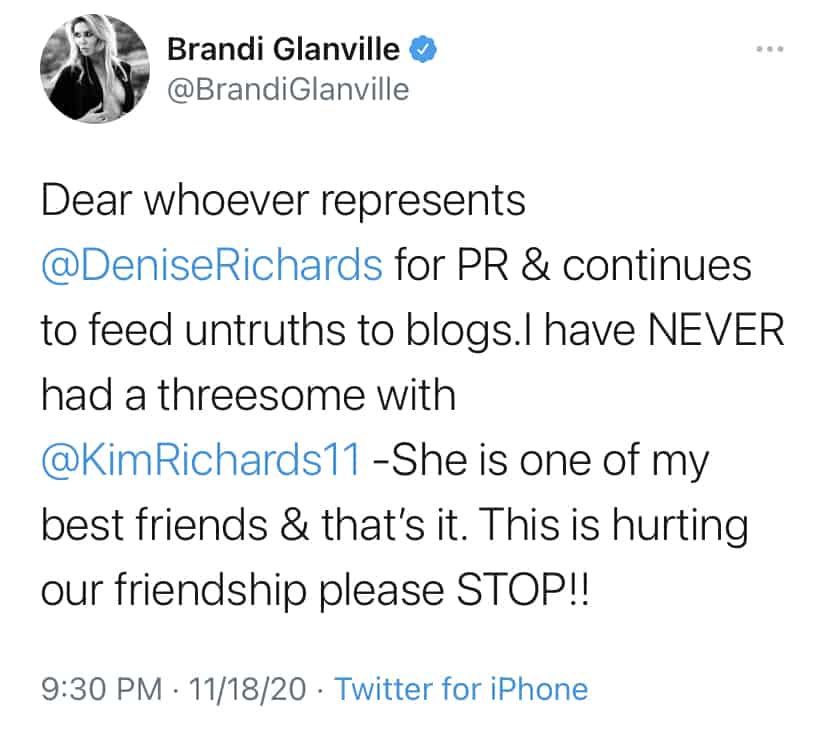 The former reality star then responded to a fan who called her out for her own gossip about Denise, referencing Brandi’s revealing that she and Denise hooked up in the past — claims Denise continued to deny during season 10 of the show.

“You didn’t care when you published about you and Denise who you were hurting brandi? What’s different?” the Twitter user wrote.

“The truth and a lie!” Brandi exclaimed in response.

The truth and a lie!