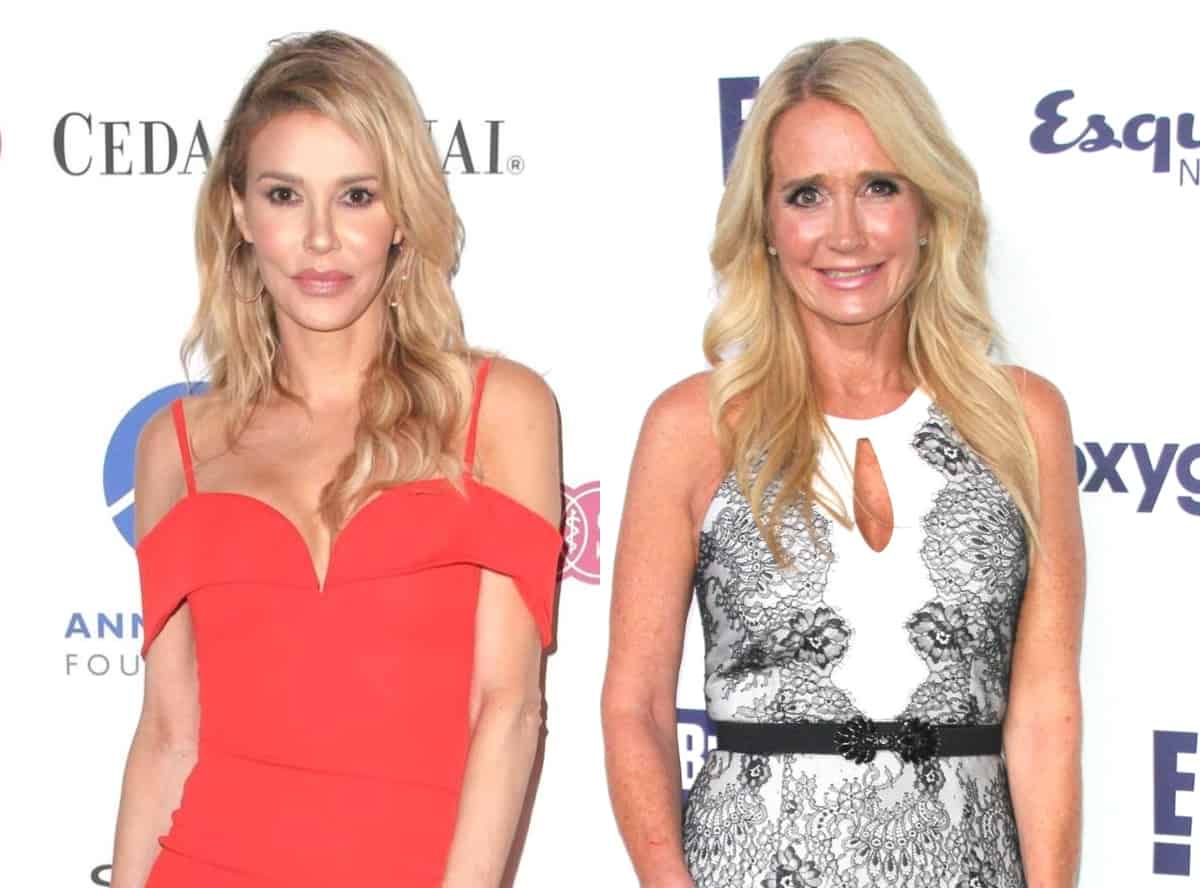 Brandi Glanville addressed rumors of a hookup with Kim Richards on social media over the weekend.

Following a report earlier this month, which suggested the Real Housewives of Beverly Hills cast member had engaged in a threeway with Kim and an unidentified man, Brandi took to her Twitter page to share details of their “girls nights” while also confirming Kim’s relationship status on Instagram.

In a second tweet, Brandi slammed those who have been “spreading BS and lies” about her love life. 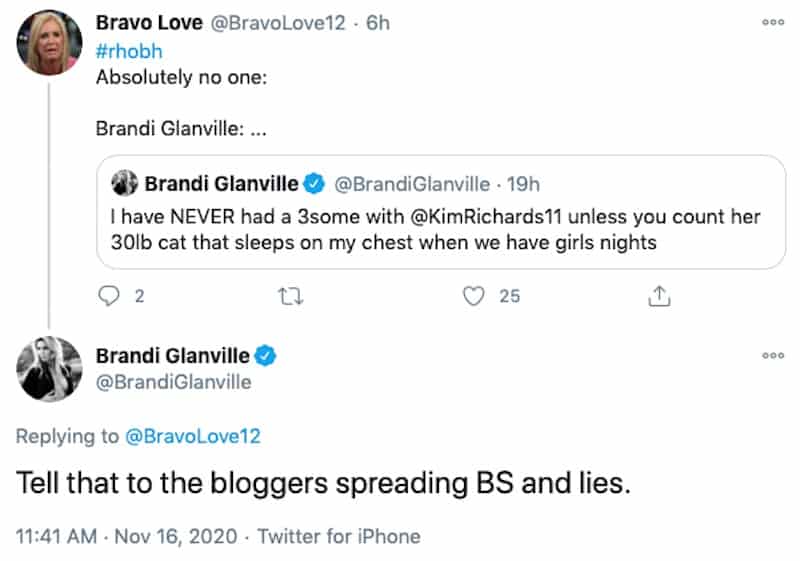 Following a statement from Denise Richards on RHOBH season 10, which suggested Brandi had told her she hooked up with multiple cast members of the series, an alleged insider told #NoFilter podcast host Zack Peter that Kim was one of those women.

At the same time, it was noted that Brandi had a “little fling” with former co-star Carlton Gebbia, who appeared on the fourth season of RHOBH.

“One year ago tonight this is what we were doing,” Brandi wrote in the caption, along with the hashtag for “Blonde and Blonder.”

After sharing the image, a fan asked Brandi, “She single doe?”