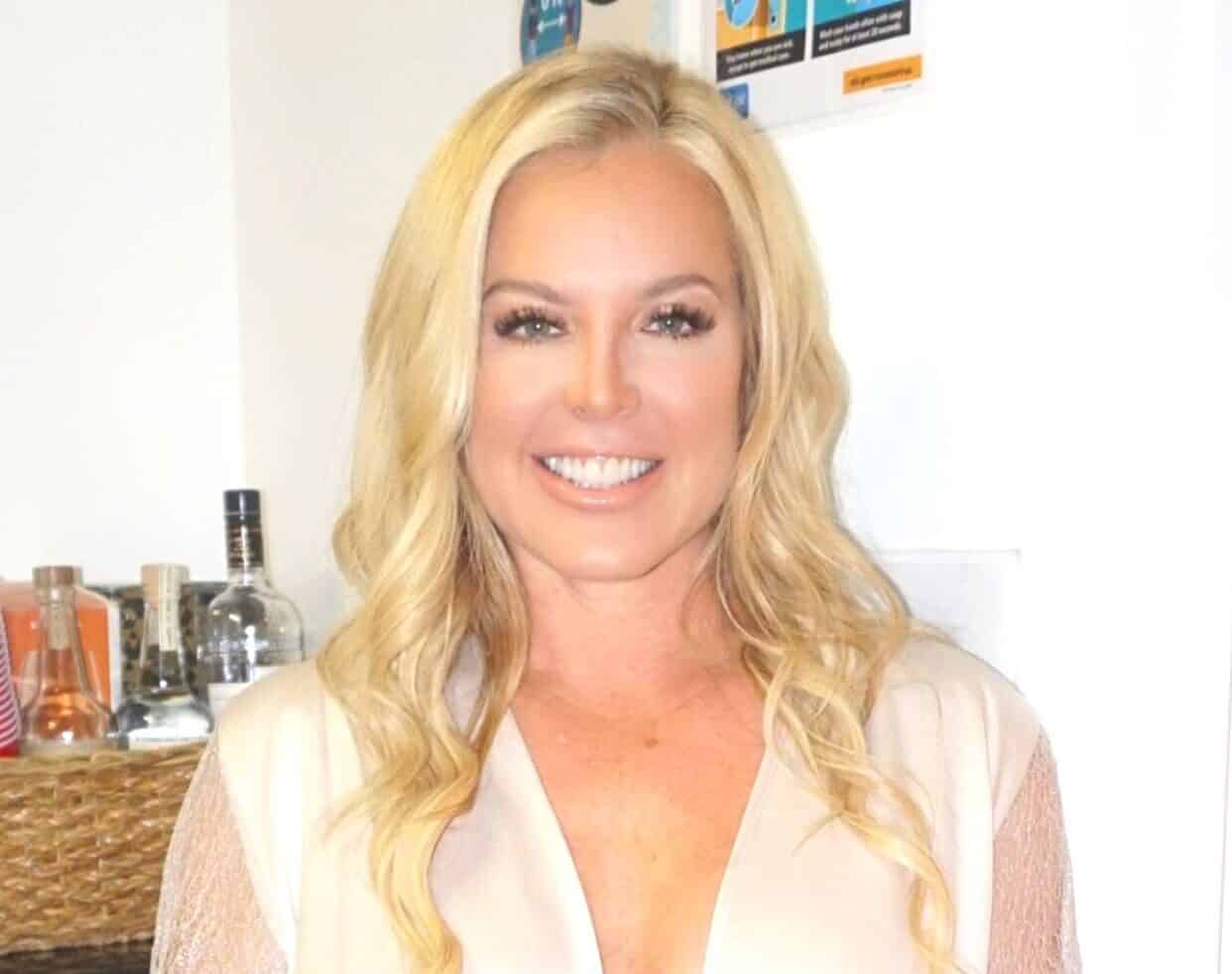 Elizabeth Vargas is finally opening up! In a revealing new interview, she admits to being “the other woman” when she first met her ex-husband, as she dishes on his alleged many affairs, and she admits to engaging in threeways. She’s also calling out one of her co-stars for choosing fame over family.

Elizabeth’s first season on The Real Housewives of Orange County is still playing out, but she’s not been very open about her life so far on the show. The other ladies have called her out for being so tight-lipped regarding her divorce to Bernt Bodal and they’ve even accused her of being a liar.

She recently joined Heather McDonald on the Juicy Scoop podcast and spilled a lot about her life, especially her time with her ex. When asked if Bernt was married when they met, Elizabeth admits that he was in fact married, although she was unaware of this for several years.

“He made me the bad guy. I got calls from the kids and everything,” she divulged. “And it wasn’t even me by the way; he had another girl that I knew that looked just like me so the family assumed I was the one at these parties with his wife and I wasn’t even there.”

Although she acknowledges that she should have ended the relationship once she found out he was married with a family, the new reality star explains that she was madly in love. She also admits that she enjoyed the lavish lifestyle he was able to provide her, including a fancy penthouse and a Mercedes. Before she met Bernt, she says she couldn’t even afford gas for her car.

“I was a broke Jessie [and] I had no money. I was living in my car before that [and] trying to pay for college,” she revealed.

As it turns out, Elizabeth says she also had to deal with infidelity throughout her 17-year relationship with Bernt. In fact, she alleges he was cheating way before they ever got married. Bernt proposed in a castle in Scotland, but the RHOC star was forced to keep quiet about their engagement.

“He told me not to tell anybody,” she claimed. “At the time I didn’t know why and I wanted to tell my mom, but he’s like ‘don’t tell anybody we’re engaged!’ And I was like ‘why?’ I’m at a castle, there’s a bagpipe guy, [and] you’re proposing to me, and I want to tell the world and I couldn’t.”

Elizabeth eventually figured out why she was asked to keep her lips sealed.

“He loved to keep a secret and I was a big secret to him. And I did not know that he had multiple other long-term relationships and he didn’t tell them that he was marrying me,” Elizabeth claimed.

The Edge Music founder also alleges that she engaged in threesomes with her ex even though she was “never okay with it.”

“He and I had always dabbled in threesomes and things like that,” she alleged. “You know, parties and fun because that’s what he required [and] that’s what he wanted. I did not want that; he wanted that.”

She claims their first ménage à trois involved her best friend, which was completely his idea. When asked why she agreed to participate even though it clearly made her uncomfortable, Elizabeth says she felt obligated because “he was already taking care of [her].”

“I guess that I was just so enamored with him that I just thought it was a different life than what I’m used to. I guess this is what I need to do to keep him happy,” she rationalized.

Although Elizabeth was attempting to keep her man happy, she claims the cheating persisted and she became too embarrassed to show her face around town. She claims she could no longer attend board meetings or even go out to dinner because she knew people had seen her husband with other women and she was humiliated.

“I knew if he took me where he took his [first] wife, then he was doing the same thing to me. It was karma. I deserve it. I mean, I should have left the minute I found out he was married,” she professed.

She claims he was having affairs with women all over the world, including a five-year affair with a massage therapist. However, when her husband began cheating close to home, that’s when she decided he had finally crossed the line.

The RHOC star found herself extremely depressed and she became very self-destructive.

“I gained a bunch of weight, I was depressed [and] I was drinking all the time. I was going out [and] trying to bang everything in Newport. I was like ‘open for business,’” Elizabeth shouted. “My husband doesn’t care. I was really destructive and it’s not healthy, so I divorced him.”

After getting extremely personal and dishing on the juicy details regarding her ex-husband, Elizabeth decided to turn her attention to her co-stars to add at least one, good dig. She claims she’s seen families fall apart “firsthand” on the show.

“I’ve seen, firsthand, families fail and fall apart, firsthand this year from the show. And it’s sad when people choose fame over family, but there are some people that do.”

The co-star Elizabeth is referring to cannot be confirmed, but it’s very likely that’s Braunwyn Windham-Burke, who has also been called out by Kelly Dodd for choosing fame over family.