PHOTO: Brandi Glanville and LeAnn Rimes Pose Together For Christmas After RHOBH Star Denies Dissing LeAnn’s Masked Singer Appearance and Shuts Down Idea She ‘Leaked’ LeAnn’s Identity as The Sun 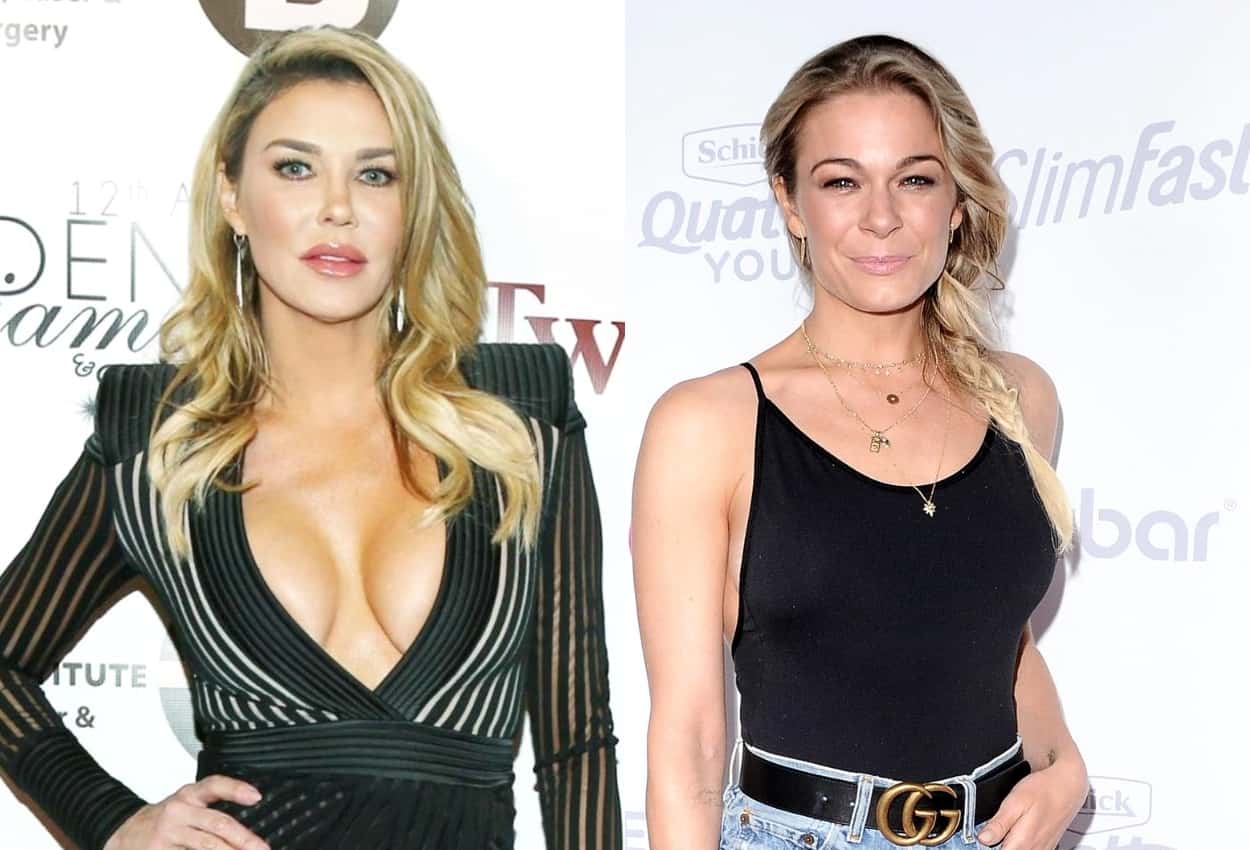 Brandi Glanville is shutting down rumors that there’s animosity between her and LeAnn Rimes, and she posed happily with the singer just in time for the holidays.

Although the two have faced some drama in the past after the Real Housewives of Beverly Hills alum’s ex-husband Eddie Cibrian left her for the “Can’t Fight the Moonlight” singer in 2009, they’ve had a healthier relationship recently as Eddie and Brandi continue to co-parent their two boys, Mason, 16, and Jake, 13.

“Hanging with the best masked singer of all time leannrimes [sic],” Brandi captioned her post, adding the hashtags #maskedsinger #sunshine #winner #spitfire and #christmas as the two celebrated in style with matching gold sequin face masks.

The post seems to be a move by Brandi to completely shut down rumors that she still held resentment toward her ex’s wife after a few comments she made about LeAnn’s appearance on The Masked Singer as The Sun.

“I think the sun is 100 percent Leann Rimes #maskedsinger,” she guessed at the time, “Although my kids say no way because she told them that she would never do this show because it’s sooo beneath her.”

Two months later, Brandi was insistent about LeAnn being the singer behind The Sun, tweeting her thoughts on the matter during the December 16 season finale.

Fans thought that Brandi was definitely throwing a little shade at the country singer, but the RHOBH alum insisted it wasn’t the case.

“First of all I did not shade or diss lean rimes I rooted for her to win. She clearly told my kids that she’d never do the show to keep things a secret because they have big mouths,” Brandi scoffed on Twitter. “She deserved to win I’m glad she won! stop reading into s–t!”

She later added, “FYI I didn’t ‘leak’ anything about the masked singer I simply was guessing like everyone else does who watches the f–king show. Since the second she sang her 2nd the entire internet guessed it was her. I had ZERO inside info NOW PLEASE F–K OFF HATERS.”

Brandi may be bitter toward her haters, and she’s endured some drama with her ex and LeAnn in the past, but her relationship with LeAnn seems to be reporting sunny skies these days.