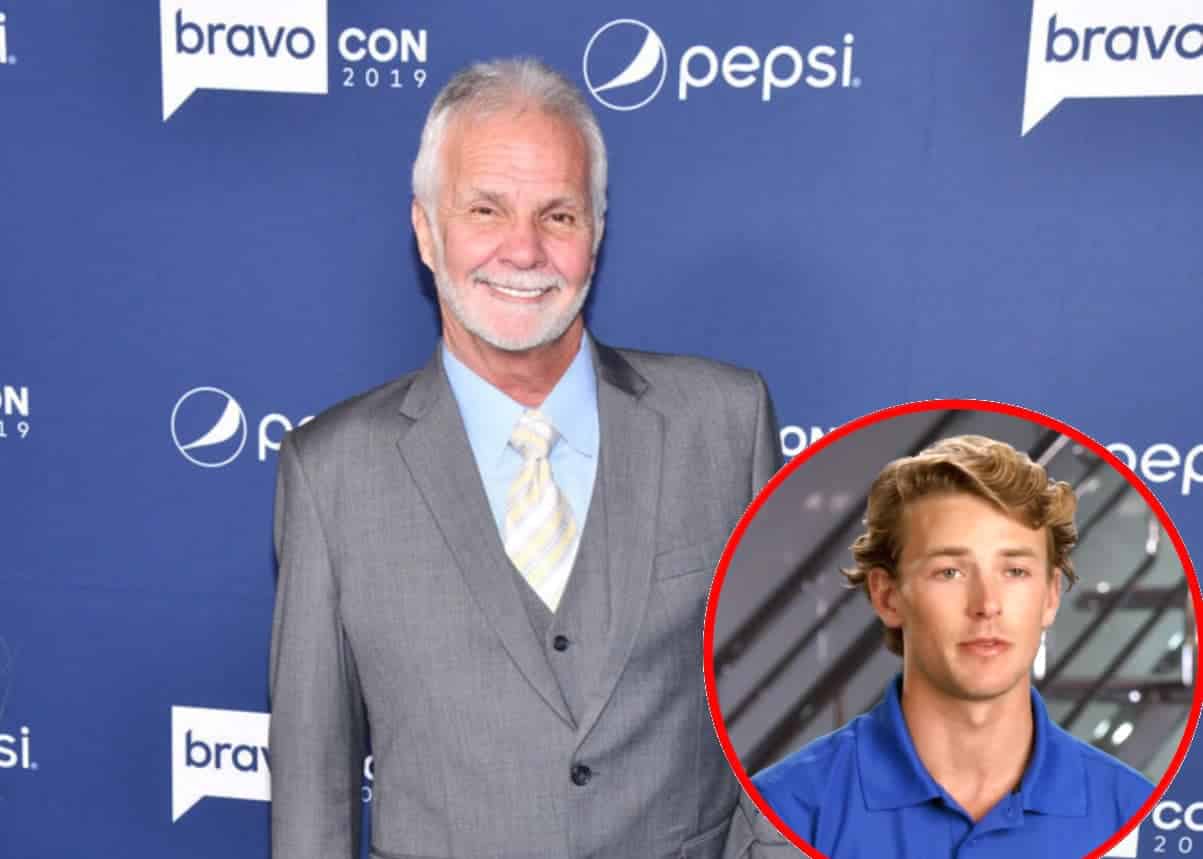 Captain Lee Rosbach answers the question Below Deck fans have been pondering for years.

Captain Lee recently confirmed that he doesn’t have the power to hire his Below Deck crew. When a fan asked if he played a role in the hiring process or if “someone else” makes that decision, Lee simply stated “someone else.”

In the “real” yachting world, according to Showbiz Cheat Sheet, some yacht owners use a yacht management company to find the perfect captain for their vessel, which is the most important hire. From there — once they find the perfect captain — he or she typically selects a leader for each department, such as the chief stew, chief engineer, and first mate. Then, those professionals tend to staff their own departments.

However, obviously for Captain Lee, he doesn’t have this luxury on the show and it’s the producers who make those decisions. As it turns out, Lee also addressed a similar question via Twitter in 2018. He explained that Bravo does the hiring, but each individual must be certified to work on the boat.

“Bravo does the hiring, but all have the necessary certificates to be on board and are qualified for the job in which they are placed. I would not have it any other way,” he explained.

Bravo does the hiring, but all have the necessary certificates to be on board and are qualified for the job in which they are placed. I would not have it any other way. https://t.co/HaaveXpzoh

On the other hand, Captain Lee clearly has the ability to fire crew members if they’re not doing their job correctly, as viewers have seen him do numerous times throughout his eight seasons on the show. Shane Coopersmith is the latest crew member to be fired by Lee, and Shane admitted on the show that he was very green, which means he’s new to the industry and needs significant training. The short-lived deckhand also confessed on What What Happens Live that he only joined the show to become a social media, environmental influencer and bring awareness to his message of sustainability.

In a recent interview on the Behind the Velvet Rope with David Yontef podcast, Shane discussed his experience with the casting process. He revealed that producers attempted to explain to him that it was a “real job,” and most viewers would agree that Shane obviously didn’t understand what he was getting into judging by his performance on the show.

“Like I remember sitting in the executive producer’s office up in Hollywood [and] he was at his desk. I was on the other side,” Shane described. “He’s like, ‘hey, this is a real fricking job. Like you’re going to be working like 14 hours a day nonstop. It’s a very unsustainable industry. Like they’re spewing gas and like all this stuff.’”

Shane also claims that he was used by the producers and was basically set-up to fail.

“I was a little disappointed,” he explained. “You know,  they did a little bit of the sustainability [in] the first episode, then they kind of ditched that. Then they just decided to put me as the lazy kid that doesn’t work hard, which is so incredibly false.”

He alleges that not only did he feel duped by being cast in the first place, but he says he also received a bad edit on top of that. Still, he chose not to reach out to producers for answers.

“I didn’t really reach out to any producers,” Shane said. “They have their own agenda and I wanted to blame them, but you know, I signed up for their game at the end of the day and that’s how they like to run it.”

Shane went on to add, “I don’t think it’s very admirable to [not] tell you the truth, but that’s what they want to do. They have their own agenda to make money I guess and get fans. And they want to do that by making other people look bad, but I signed up for their game and I played it,” he expressed.

Meanwhile, Kate Chastain has also expressed the irony of Shane being cast on the show in her own recent WWHL appearance.

“I think Shane talking about sustainability on Watch What Happens Live is about as effective as Shane wanting to save the planet but taking a job on a motor yacht,” Kate told host Andy Cohen.