Home Real Housewives of Potomac News Has Robyn Dixon Been Fired From RHOP? Insider Claims It’s “99 Percent Confirmed” She Was Given the Boot as Robyn Shares Cryptic Post

Has Robyn Dixon Been Fired From RHOP? Insider Claims It’s “99 Percent Confirmed” She Was Given the Boot as Robyn Shares Cryptic Post 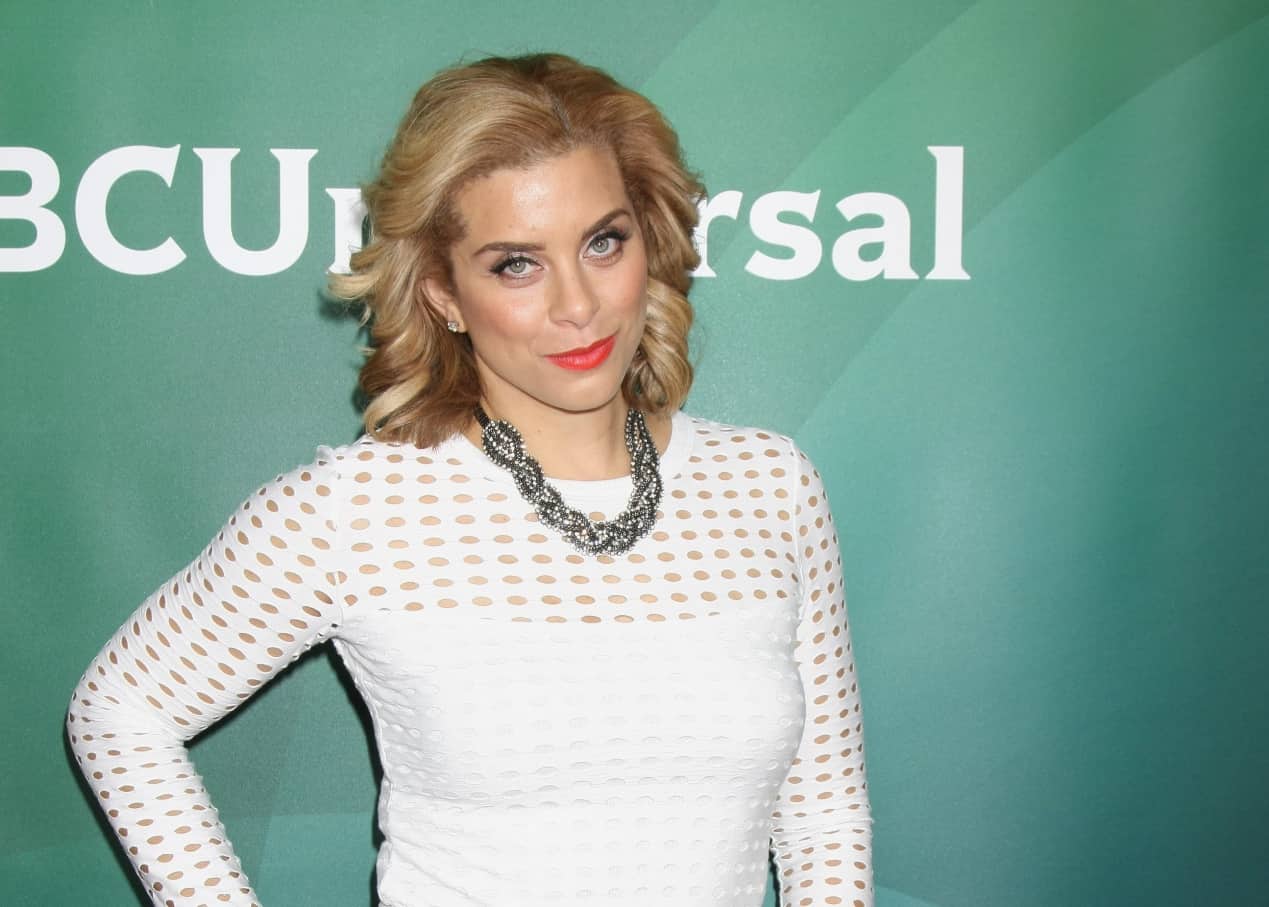 Robyn Dixon might be planning a destination wedding with ex-husband and now fiancé Juan Dixon, but there’s a chance fans won’t get to see the couple exchanging “I dos” on The Real Housewives of Potomac season six.

Just days after Monique Samuels announced her voluntary exit from RHOP, a new report is suggesting that Robyn may be leaving the show involuntarily. It’s been confirmed that at least some of the pick-up contracts have gone out because Monique verified she received hers, and actually signed the contract, before changing her mind and quitting the show. Reports are suggesting that Gizelle Bryant, Karen Huger, Ashley Darby, Candiace Dillard-Bassett, and Wendy Osefo all received contracts as well and are all planning to return for the RHOP season six. However, according to an insider, Robyn’s paperwork is either lost in the mail or she simply did not receive a contract.

“LOL! I loved talking to Wendy also,” Velvet Rope replied. “I think she is going to be around for a long while. I think Gizelle without [Robyn] will be so interesting too. Glad you liked our chat with Wendy.”

The follower was a bit confused and replied, “I’ve been studying all day, [Robyn’s] gone?? I missed that one.”

Velvet Rope responded, “[S]tudying is good! Well that’s what our sources say BUT we are still trying to confirm it – I’m not sure it’s 100 [percent] confirmed – but I think it’s 99 percent confirmed.”

The Velvet Rope account went on to say, “Like Gizelle without Robyn – all of a sudden we are so interested on what that will look like based on how the reunion ended. Hence it’s a great casting decision.”

Then, another fan joined the conversation looking for confirmation, and she threw a little shade at both Robyn and Gizelle while she was at it.

“[A]re you absolutely sure, because that is awesome news. I’m like fly Robyn fly,” the person wrote, followed by laughing while crying emojis. “[L]et’s see what Gizelle does without her sidekick, cause hopefully Candiace has come to the realization that Gizelle started the mess.”

Velvet Rope seemed to backtrack a tiny bit when they responded, but they say their “gut” is telling them the rumor is true.

“No[,] no[,] no and no! LOL. We are not absolutely sure – LOL,” Velvet Rope explained. “We are working overtime for you trying to see if this is true but the rumor is Robyn didn’t get a contract but we haven’t been able to confirm that yet with our inside sources. Standby because we would like to know too. We had Gizelle on the podcast back when the season first started and Candiace the past two weeks. We are [definitely] trying to see if this is real – Our GUT says it is but [definitely] not confirmed yet.” 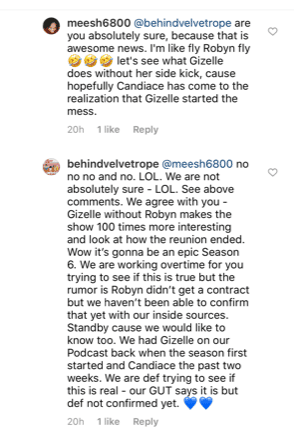 Meanwhile, the Embellished creator took to her Instagram on December 31 and shared a heartfelt message with her fans, and some are speculating the message is hinting at her potential exit.

Fans have been voicing their opinions about Robyn throughout season five and hoping she would step out of Gizelle’s shadow and stand on her own. The star has been called “boring” numerous times by some viewers, and others simply think her storyline has run its course and come to an end. On the other hand, there are plenty of fans hoping to see Robyn and Juan finally tie the knot on the show. Stay tuned!