Home Real Housewives of Potomac News Wendy Osefo on Why She Considered Quitting RHOP, Disses Karen Huger as ‘Unaccomplished’ and Needing Husband to Get on Show, and Says RHOA’s Kenya Moore Reaching Out to Her Meant the Most

Wendy Osefo on Why She Considered Quitting RHOP, Disses Karen Huger as ‘Unaccomplished’ and Needing Husband to Get on Show, and Says RHOA’s Kenya Moore Reaching Out to Her Meant the Most 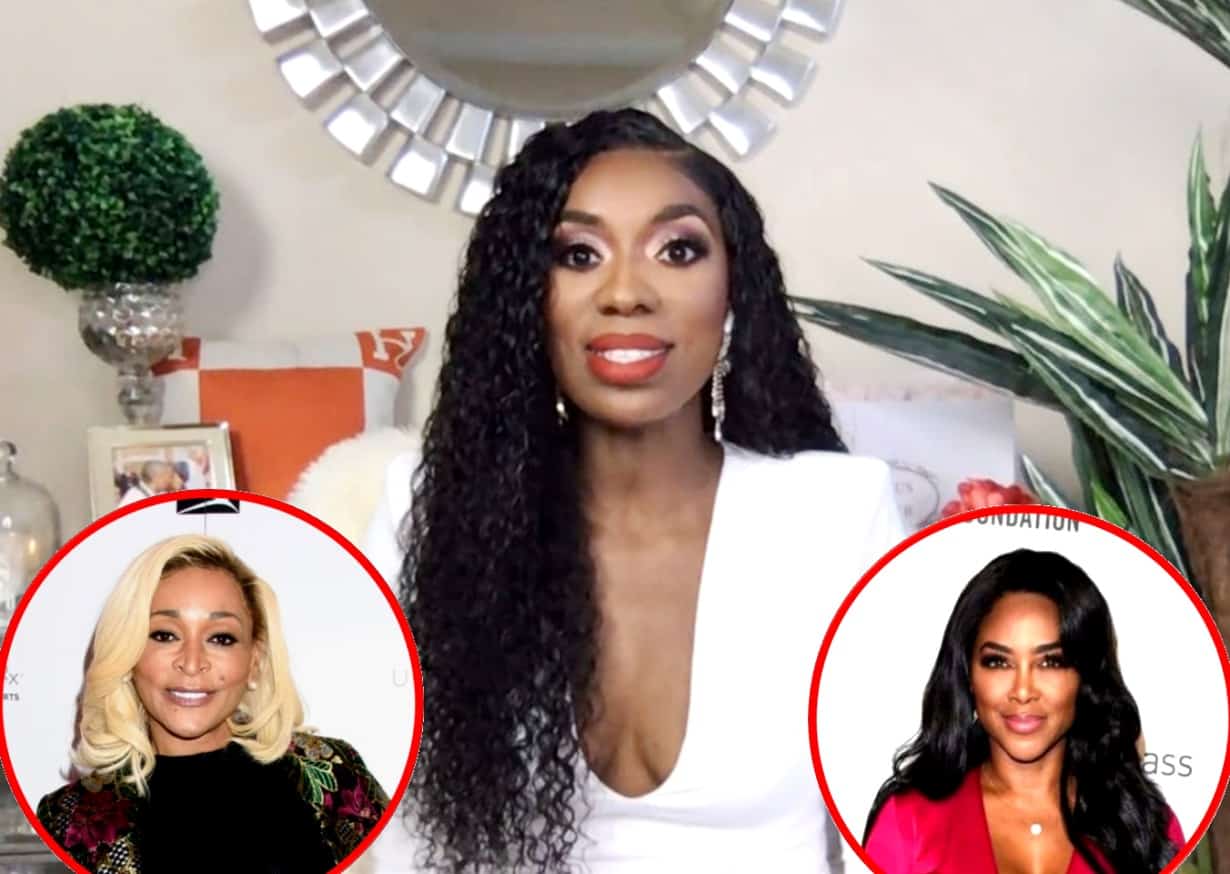 After a wild first season on The Real Housewives of Potomac, newcomer Wendy Osefo is reflecting back on her time on the franchise.

This season of the show may have mainly centered around the conflict between Monique Samuels and Candiace Dillard-Bassett, but Wendy had plenty of conflict of her own with the self-appointed “Grande Dame” Karen Huger, who seemed to take issue with the Potomac newbie from the jump.

“I think that Karen doesn’t understand a woman of my pedigree. She comes from a time and place where women are defined by their husbands — like she is. She’s on the show because of her husband not because of anything else,” Wendy shared on the Behind the Velvet Rope podcast with David Yontef. “I’m on the show because of my background and what I bring as an individual. Yes, my husband is an attorney, but I stand on my own outside of my husband. I don’t need him nor do I need his money… Karen doesn’t understand that. She doesn’t know what that means to have a status without a husband and I think that’s what the issue is.”

Wendy went on to suggest that Karen may have had a problem with her since she didn’t “kiss the ring” when she came in as the season five rookie, potentially causing an issue for the series OG.

“She’s used to these younger women coming in and wanting to show deference to her like, oh, you know, ‘The grand person, I bow down to you,’ and it’s no disrespect. I respect all of the women equally. I don’t need to bow down to you,” Wendy stated. “We’re women, we should see each other, eye-to-eye, toe-to-toe and I don’t think that she liked that about me. She didn’t like the fact that I was okay standing on my own and I didn’t need her to take me under her wing.”

The newfound reality star and political commentator has recently hinted at a return to the franchise, but she first admitted during her interview that thinking about that return has been somewhat of a struggle, considering what went down this year.

“I think it all gave us time to really think about our role on the show,” Wendy said of the epic altercation that happened between Monique and Candiace. “You know, I know I definitely stopped and thought long and hard and sent a text to one of the executives, like I want to have a conversation. Because again, this is not what, this is not what I signed up for, and I don’t think that was an isolated incident. And to me, I think we all, we all did that. Everyone was just like, well, whoa.”

She continued, “And so those were my first initial thoughts were like, were people okay. Like there was blood, there was broken glass. There were punches. Like it wasn’t just someone pulling the hair. You have to know that that is what you signed up for, right? Like that’s what I mean. We didn’t sign up for a physical altercation, but I have to come into this knowing season six, guess what? It could be all guns blazing against you and you have to be okay with that because that is what we signed up for.”

Although her first season may have been somewhat rough, the mother-of-three did share that she received plenty of encouragement from housewives across other franchises, including one in particular whose reaching out held a certain kind of importance.

“One that really touches me is Kenya Moore from [Real Housewives of Atlanta]. Kenya to me is that girl. She is that girl. She just gave me some great advice and why I love Kenya is because growing up outside of Housewives, I looked up to Kenya,” Wendy remarked. “Why I say this is [because] Kenya was in the era where for me, I watched a lot of music videos and I’m a brown-skinned girl, and a lot of the music videos didn’t have people who looked like me. But I always remembered this one beautiful girl with this beautiful chocolate complexion and I’m like, ‘God, she’s so beautiful,’ and it made me say, ‘Oh okay, there’s someone that looks like me on the TV,’ and it was Kenya Moore.”

She went on, “To now see her in Housewives and just love her but then to see her give me words of wisdom … it’s like a full circle moment for me because I absolutely adored her outside of the Housewives. I looked up to her, admired her, thought she’s so beautiful, this chocolate beauty, chocolate Barbie doll, and now she’s telling me, ‘Keep doing what you’re doing,’ I’m like, oh gosh, you’re amazing! I love you!”