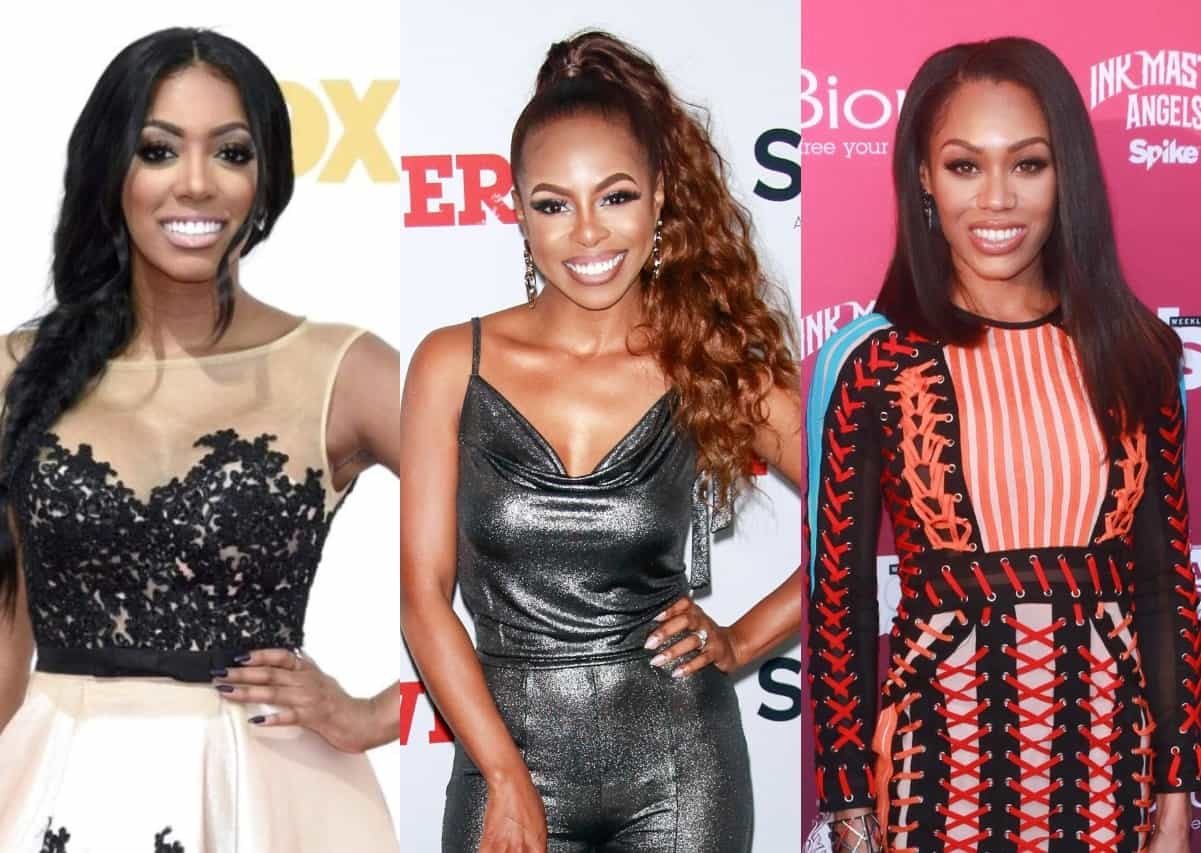 Porsha Williams has a few thoughts on the conflict that went down between Candiace Dillard Bassett and Monique Samuels and the aftermath the Real Housewives of Potomac cast is currently facing.

The women were all discussing the events that took place on Sunday’s episode of RHOP, when the ladies were at Wendy Osefo‘s Sip and See and Candiace starting sparring with Ashley Darby about Monique’s potential jail time as Ashley came to Monique’s defense.

“Come on Candiace, you know better than that. You actually had a knife at Ashley,” Porsha remarked on the show, re-posted by The Peach Report Daily. “Now, what if Ashley would have gone and called the police and tried to press charges on you? Let’s be real now. That was your friend, you had an argument, it did not end well, however don’t go to the next level — I think that was too much. And I’m glad you spoke up, Gizelle.”

Gizelle then gave her take on the matter, saying that she did believe Monique needed “some accountability,” but that “jail time” was not the kind she was looking for.

“Has she ever actually apologized to Candiace sincerely? I’m curious.” Kate chimed in.

Later in the clip, the Bravo’s Chat Room ladies discussed the party scene where Candiace and Ashley feuded.

“In Candiace’s defense a little bit here,” Gizelle went on, “in that moment you could see the stress and the mental anguish and the emotional torment that she was [going through].”

“Why she so stressed?” Porsha asked.

“Because, Porsha! She was BEAT UP, Porsha!” Gizelle clapped back.

“Beat up?! She had her hair pulled!” Porsha responded. “She was traumatized? All these weeks later?!”

Porsha then responded to Hannah regarding a comment she made about Candiace needing to take accountability for “provoking b–ches left and right.”

“[She needs to learn a lesson] … not learn a lesson as in get beat up again or anything like that, but just as in, your mouth got you in this situation in the first place,” Porsha replied.