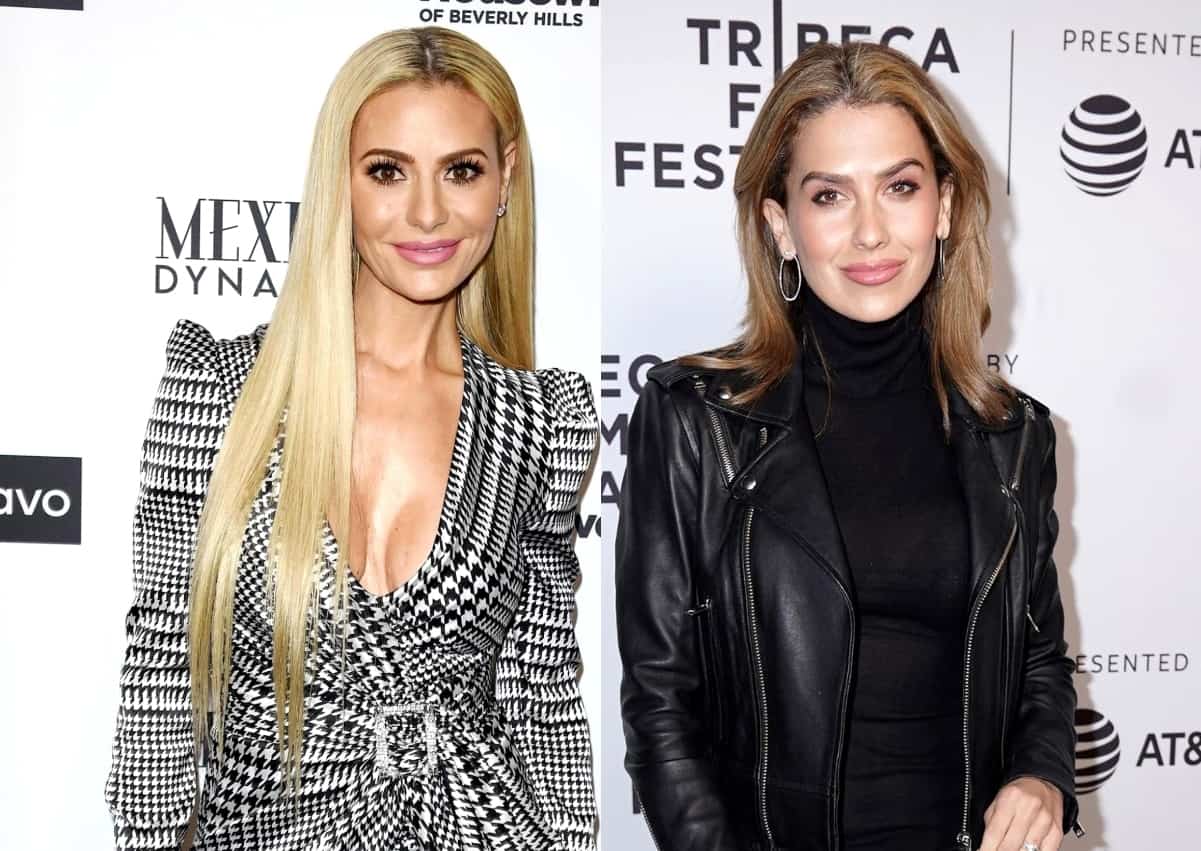 Dorit Kemsley says she can relate to Hilaria Baldwin amid the scandal over the influencer’s heritage and accent.

The Real Housewives of Beverly Hills star took to her Instagram Stories over the weekend to defend Hilaria and her controversial accent. Hilaria, who is married to actor Alec Baldwin, has been dealing with a great deal of reproach over her connection to Spain and has been accused of exaggerating and even faking her Spanish accent. As fans probably know, Dorit has faced her fair share of criticism over the years regarding her own accent and has even been called out by her co-stars in the past.

“I feel bad for what she’s going through at the moment. I don’t think she deserves it,” Dorit responded to a fan’s question.

“I’ve had so much scrutiny over the way I speak, I’ve learned to ignore all the noise but at first it was really hurtful. I’m sure all of this backlash has been hard on her,” the reality star added in the screenshot below.

Hilaria, who is a mother of five, has almost 900,000 followers on Instagram alone, and the Beverly Beach founder happens to be one of them. Although Dorit doesn’t know her personally, she claims she’s a fan and has been following Hilaria for years.

“I don’t know her but I’ve followed her for years and I hope she’s back on social media soon,” Dorit expressed. “I would love to see less trolling and bullying on social media in 2021. If you have nothing nice to say, don’t say anything at all.” 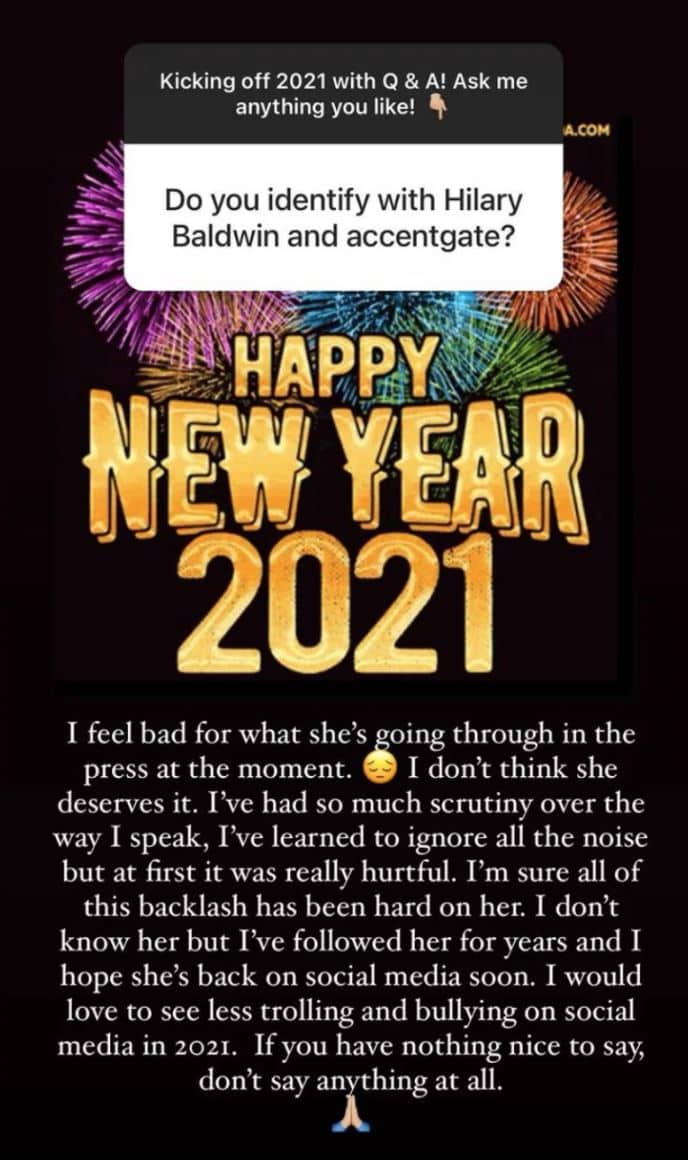 Hilaria, 36, who was born in Boston and originally named Hillary Hayward-Thomas, attempted to tackle the scandal on Instagram Live last week.

The influencer also spoke with The New York Times and claimed that her accent varies depending on her level of excitement or nervousness.

“There is not something I’m doing wrong and I think there is a difference between hiding and creating a boundary,” she explained.

In a 2017 interview with The Daily Dish, Dorit, who happens to be from Connecticut, was also forced to defend her own accent, which some people have described as slightly British. The star had a similar explanation.

“I think the way I speak is probably a combination of many things. First and foremost, I am married to a Brit who’s got a very, very strong London accent, and I’m sure some of his inflections have sort of rolled over on me,” she explained. “My parents are not American. I was born and raised in America. I did spend a significant amount of time, nearly ten years, back and forth going to Europe. I spent a lot of time working all over the world and in various places of the world where people didn’t speak English all that well.”

Although some of her fellow RHOBH cast members initially questioned her speech, they seem to have her back these days. In fact, at BravoCon in 2019, Erika Jayne came to Dorit’s defense when a fan asked a snarky question.

“Dorit, when do you decide that your real accent comes out,” the fan asked. “Like, is there an iPhone alarm?”

“That is her real accent,” Erika snapped back at the fan. “This is her real voice. This is how she speaks.” Erika later added, “Does she sometimes get influenced by her husband’s accent? Yes.”