Brandi Glanville Shades Dorit Kemsley: “Honey Go Find a New Accent,” Plus She Denies Being a “Bad Person” to Lisa Vanderpump and Defends Kyle as the “Mother Hen” of RHOBH 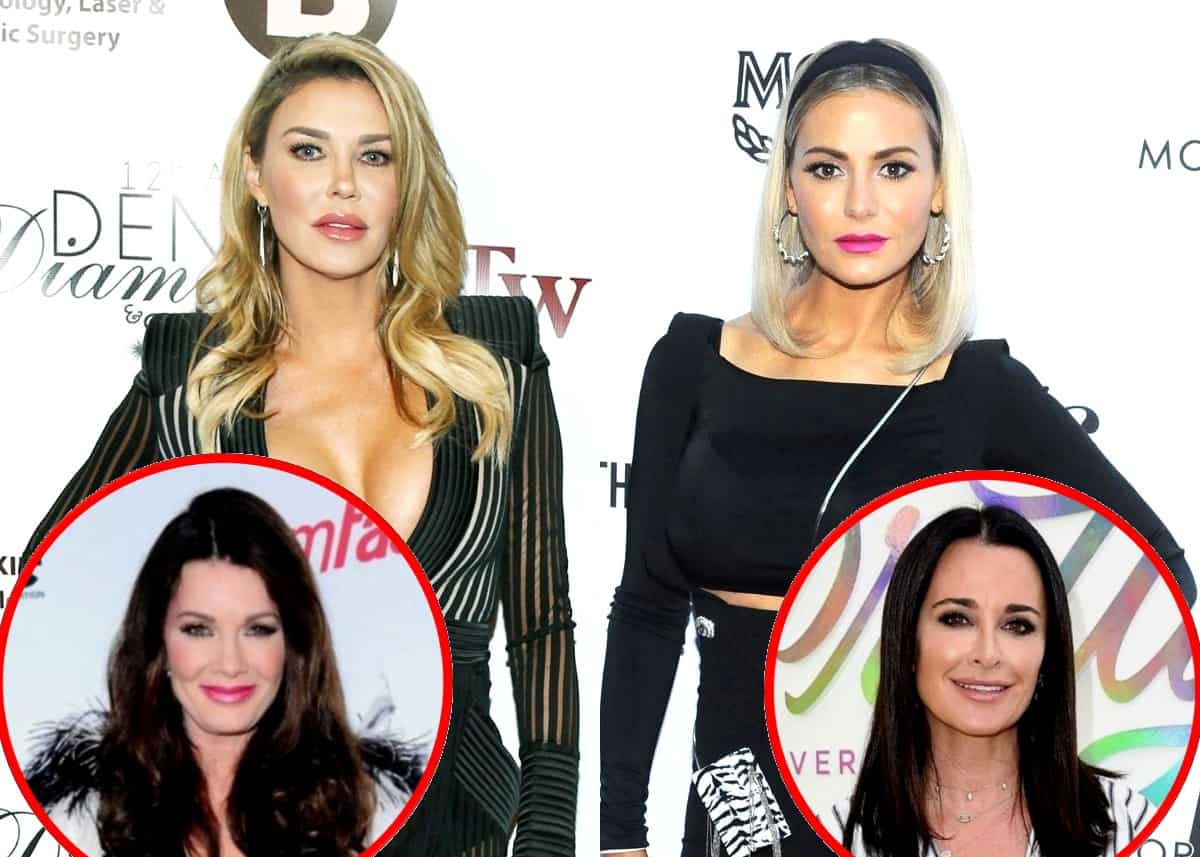 Brandi Glanville may have a cease and desist letter from Denise Richards, but she’s still ready to dish on other Real Housewives of Beverly Hills.

In a new interview, the Drinking and Dating author touched on members of the current and former cast, reflecting on the relationships she has with the women — both the good and the bad.

Appearing on The Rumour Mill podcast on June 26, Brandi answered a pointed question about Dorit Kemsley, with podcast host Spencer recalling a time on Instagram Live when Brandi was asked about her “thoughts” on Dorit.

“Dorit is a thot, so I have none,” Brandi apparently said at the time. Have her thoughts about the Beverly Beach entrepreneur changed?

“It’s like, she’s pretty, good … great [laughs],” Brandi said. “She doesn’t know me and some of the stuff she’s said to me without her knowing me I was like, ‘Honey, go find a new accent. Leave me alone.’ That’s all it is, she’s just pretty.'”

The Brandi Glanville Unfiltered podcaster also detailed where she currently stands with Lisa Vanderpump, feeling a bit disappointed at Lisa’s radio silence toward her.

“I have no ill will towards her, I just don’t have anything for her,” she stated. “When her brother passed and her mom passed I sent her a text. I’m sure I’m blocked, I’m not sure that she got it. I’m not a bad person.”

Brandi also brought up Lisa’s former BFF, Kyle Richards, noting that she and the RHOBH OG are actually pretty close these days, mostly by way of Kyle’s sister, Kim Richards.

“If [she and Kim] are not talking, Kyle would reach out to me just to make sure that everything’s going good with Kim, and that’s kind of how we rekindled our friendship,” Brandi explained. “Because no matter what, they love each other, and if they’re not talking, she knows that we talk. So she just reached out to me and we’ve become friends through it. We’ve had our hard times, but at the end of the day, I communicate between them when things aren’t good. They’re good right now…”

The mother of two went on to praise Kyle’s standing in the group of Beverly Hills women, possibly low-key shading a certain “Queen of Diamonds.”

“I think that [Kyle’s] the person who kind of holds everything together. She’s kind of the mother hen in a way,” Brandi stated. “She’s the show — that’s what it is. But she’s allowing everyone to do their own thing and not try to manipulate and it’s not like, ‘Let’s take someone down!’ Of course there’s always arguments and people are going down anyway, but it’s not like a plan to do it; it’s just naturally happening.”

When asked about the fall out with Camille Grammer, Brandi agreed with the podcast hosts that the whole thing was incredibly odd and felt possibly a little contrived.

“Exactly! What happened? I would love to know myself,” she exclaimed. “She became friends with Lisa Vanderpump and started going AFTER me on Twitter. I called her and I was like if you have a problem with me, you need to just talk to me about it instead of taking it to Twitter. I’ve always been friendly with her and she just lost her mind. I just don’t think she makes a lot of sense in most of the things she does. She’s at the reunion attacking everyone.”