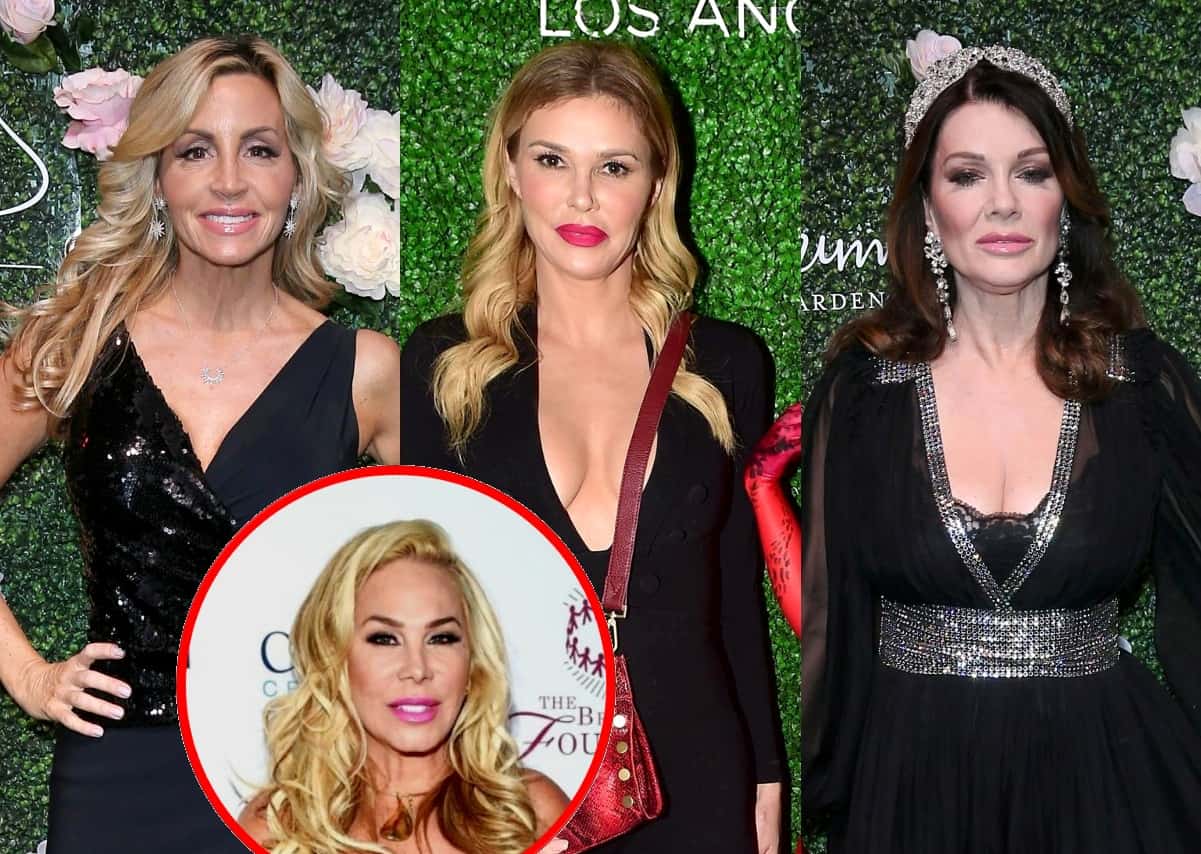 Camille Grammer called out Brandi Glanville on Twitter on Monday after a fan page shared an old clip from The Real Housewives of Beverly Hills.

After the page mentioned the end of Camille and Brandi’s friendship while showcasing a tense moment between the two of them, which featured Brandi suggesting Camille and Adrienne Maloof were in the loop with a supposed plot to “take down” Lisa Vanderpump, Camille told her fans and followers that Brandi was lying.

“That was a lie. Brandi Lied,” Camille tweeted. “Brandi knows who called her.. it wasn’t [Adrienne]. [Adrienne] didn’t call me. A husband of a housewife called to have a get together and discuss what was going on. No take down.”

“It never happened. The dinner that is. Brandi twisted the story to create drama,” she added. 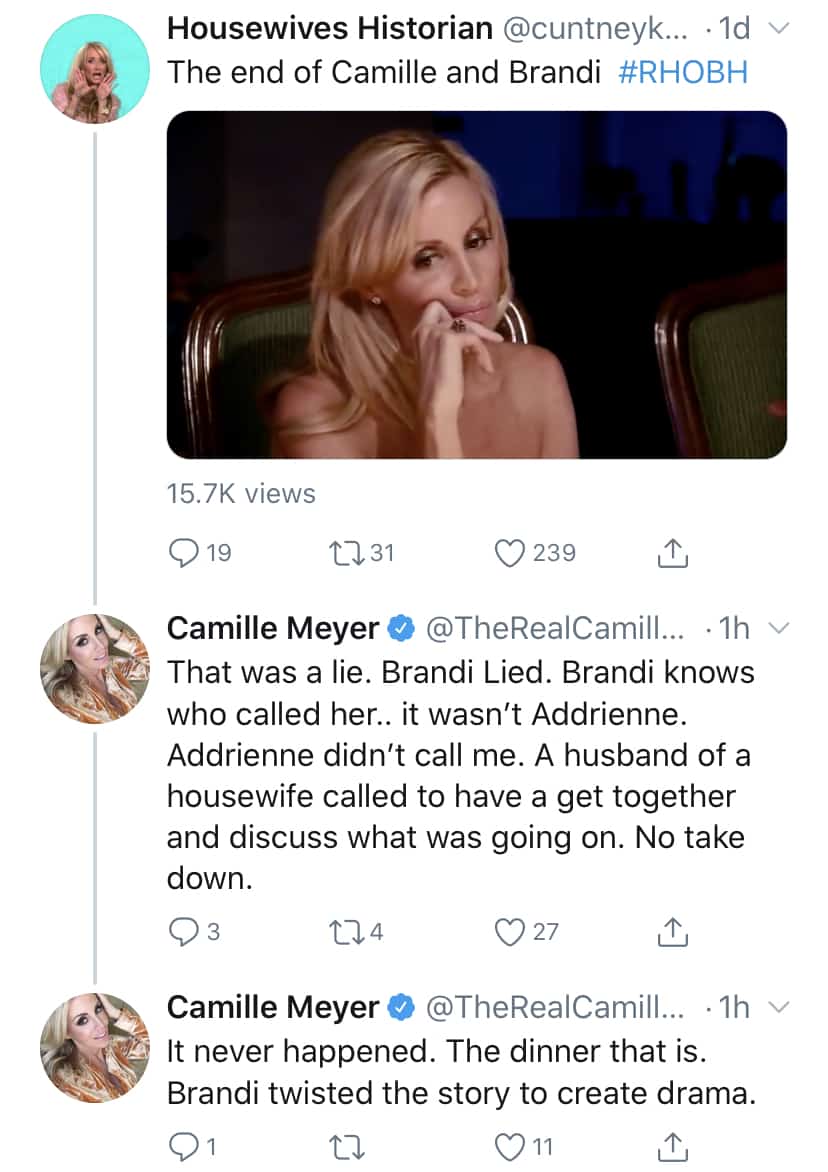 In a second Twitter post, Camille encouraged her online audience members to guess who it was that called her as she remained mum on the male cast member’s identity.

“I didn’t get a call from [Adrienne Maloof]. Take a guess who called me?” she asked. 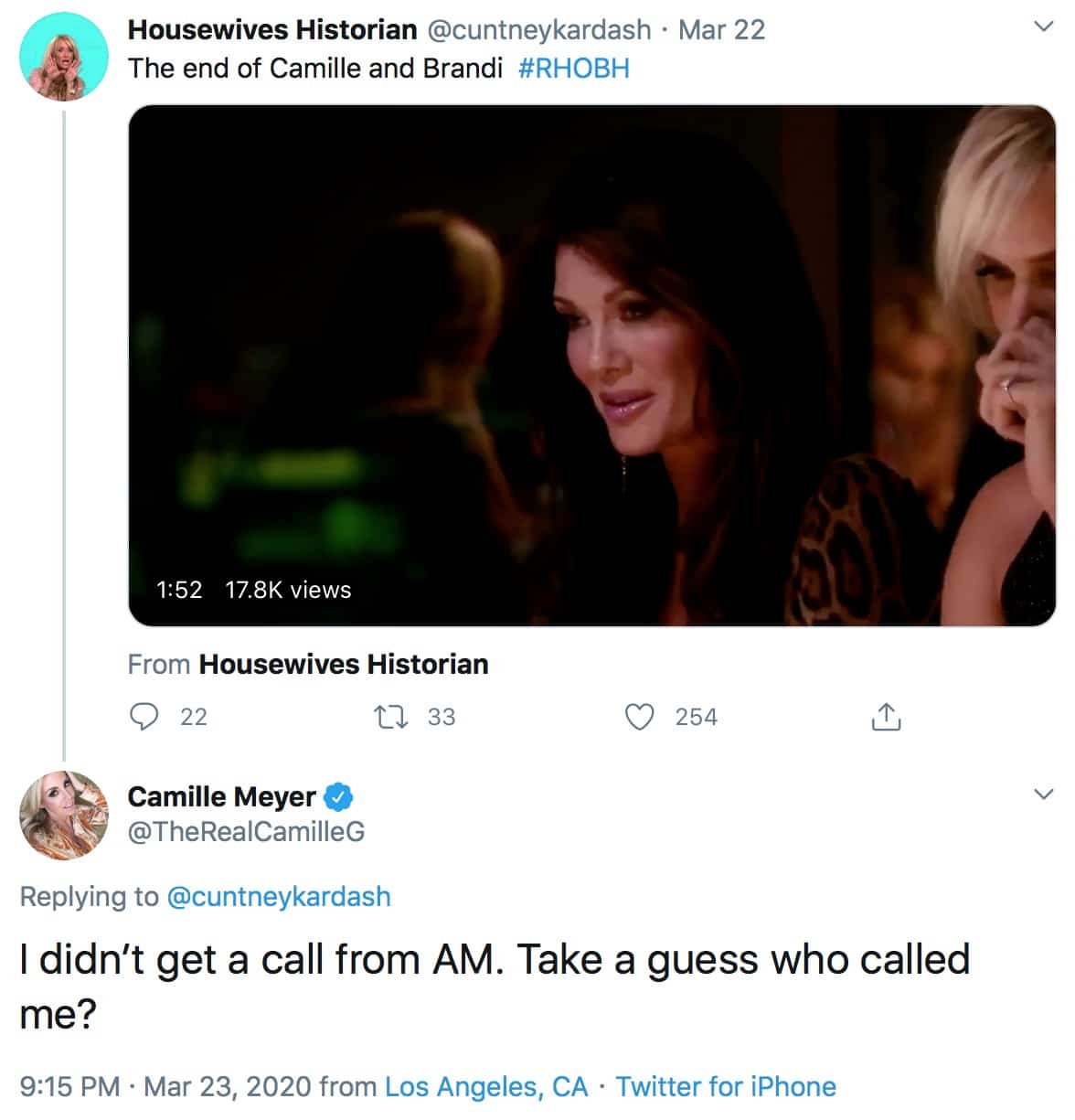 In response, a number of Twitter users suggested Camille was referring to either Paul Nassif, Adrienne’s then-husband, or Mauricio Umansky, the husband of Kyle Richards.

“You said a husband of a housewife so Mauricio I’m guessing. Or Paul,” said another.

Before speaking out against Brandi on Monday, Camille slammed her RHOBH co-star for supposedly making up a “fake” and “destructive story” about hooking up with Denise Richards before suggesting that someone she did not name had put Brandi up to doing so.

Camille also suggested Brandi created the romance storyline because she was “desperate for a diamond” and hoping to “get back in the show full time.”