Home Real Housewives of Beverly Hills News RHOBH’s Camille Grammer Slams Brandi Glanville for Making Up “Fake” and “Destructive Story” About Denise Richards to Land Full-Time Role, Wonders “Who Put Her Up to This”

RHOBH’s Camille Grammer Slams Brandi Glanville for Making Up “Fake” and “Destructive Story” About Denise Richards to Land Full-Time Role, Wonders “Who Put Her Up to This” 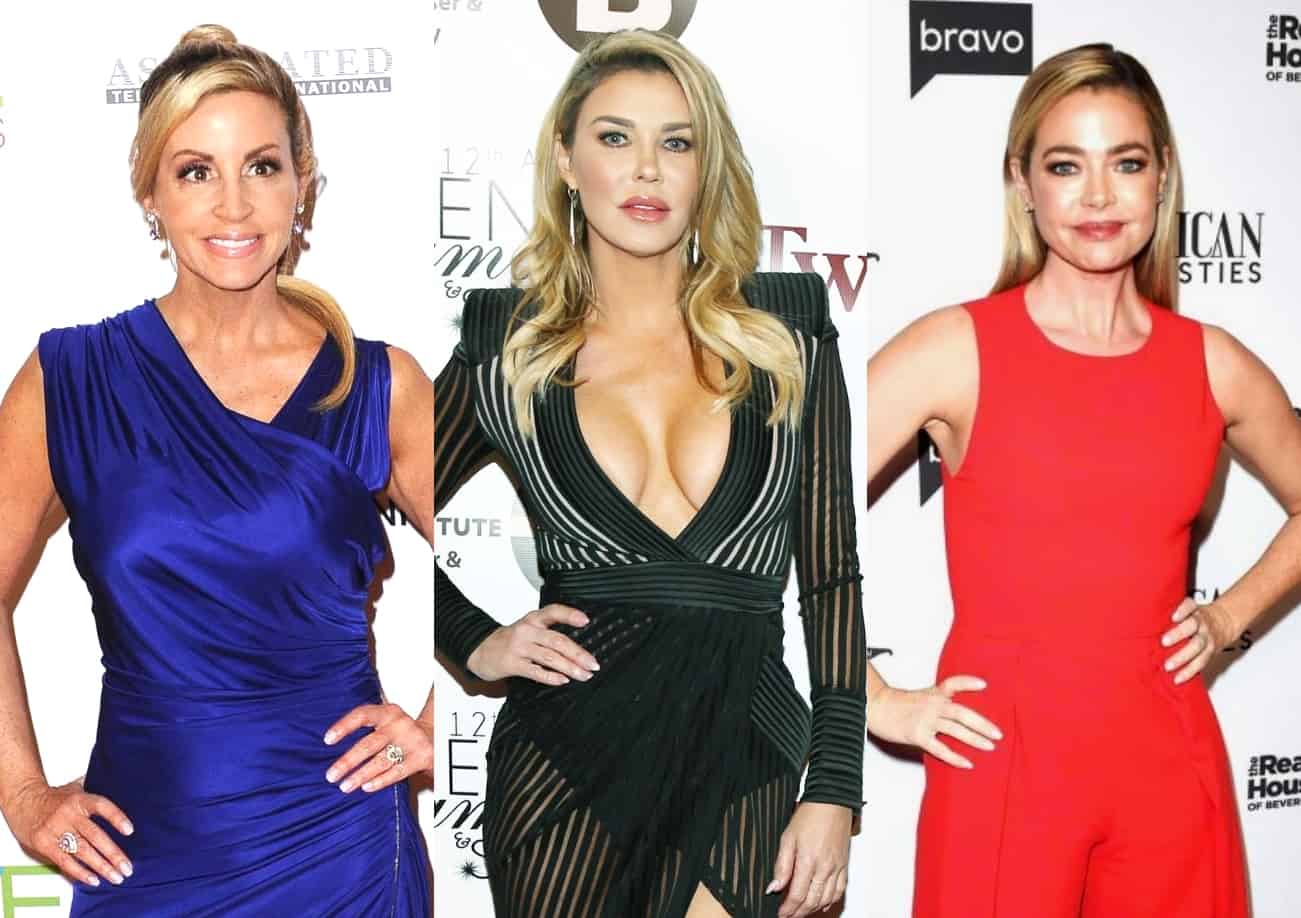 Camille Grammer thinks Brandi Glanville is making up a story about hooking up with Denise Richards in an effort to nab a full-time role on the upcoming 10th season of The Real Housewives of Beverly Hills.

Weeks after telling her fans on Twitter that Brandi is “desperate for a diamond,” Camille returned to social media, where she slammed Brandi for her “fake” and “destructive story” about her supposed months-long affair with her married co-star.

“I don’t know [Kelly Dodd] but Brandi is making up a hurtful, fake, and destructive story for a chance to get back on #RHOBH full time. I’m bored with these contrived fake stories. Boring! To her fans.. she is full of it,” Camille fumed after reading a report about Kelly’s recent statements about the women’s alleged hookups.

Over the weekend, Kelly attended an event with Sonja Morgan. During their chat with the event’s host, Kelly claimed that Brandi has text message proof of what went down between them. However, according to Camille, she was told that the hookups never happened and doesn’t believe any of what Brandi, or anyone else, is saying.

“I was told it did not happen. I believe it didn’t,” she confirmed.

In another tweet, Camille wondered if Brandi created her story about hooking up with Denise herself, or if someone else planted the seed in her head.

“My question is who put her up to this? Or did she come up with this on her own?” Camille wondered.

In a fourth tweet, Camille responded to a fan who suggested that if Brandi truly did hook up with Denise, it would have been highly hypocritical of her. After all, she was a victim to another woman years ago during her marriage to Eddie Cibrian.

“Even if it were to be true, why would these people get a kick out of breaking up a family? Brandi of all people knows how it feels. Very very sad people! What goes around, comes around,” the fan wrote. 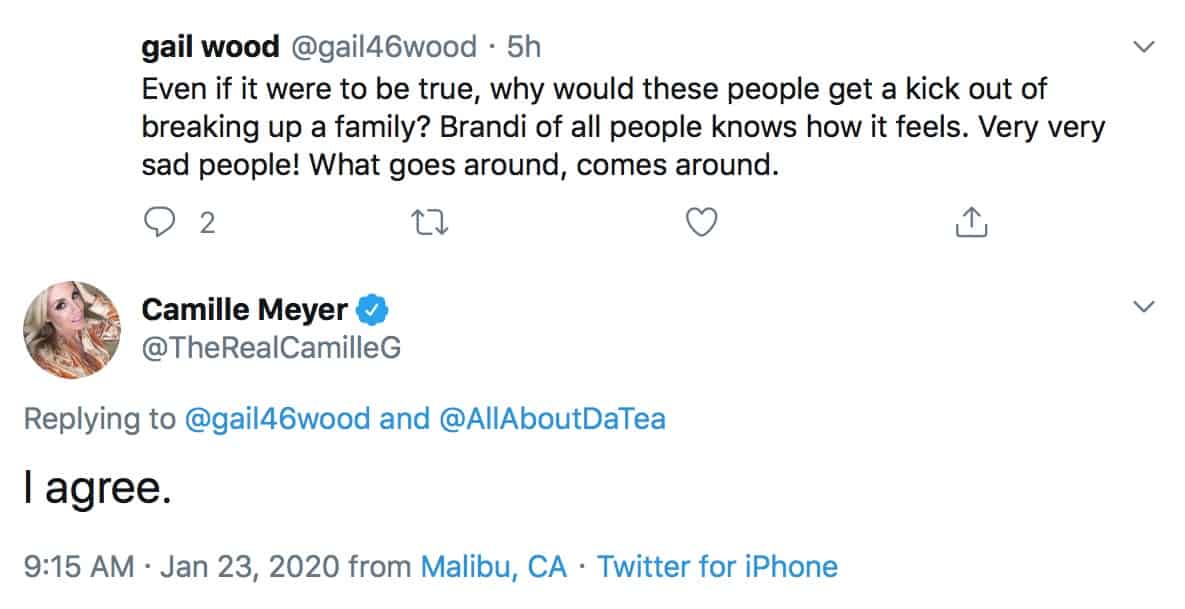 The Real Housewives of Beverly Hills season 10 will air on Bravo sometime in the coming months.