PHOTOS: See My 600-Lb Life Star Thederick’s Weight Loss Update, Has He Kicked His Addiction to Ice Cream and Pizza and Slimmed Down After Filming Season Nine? 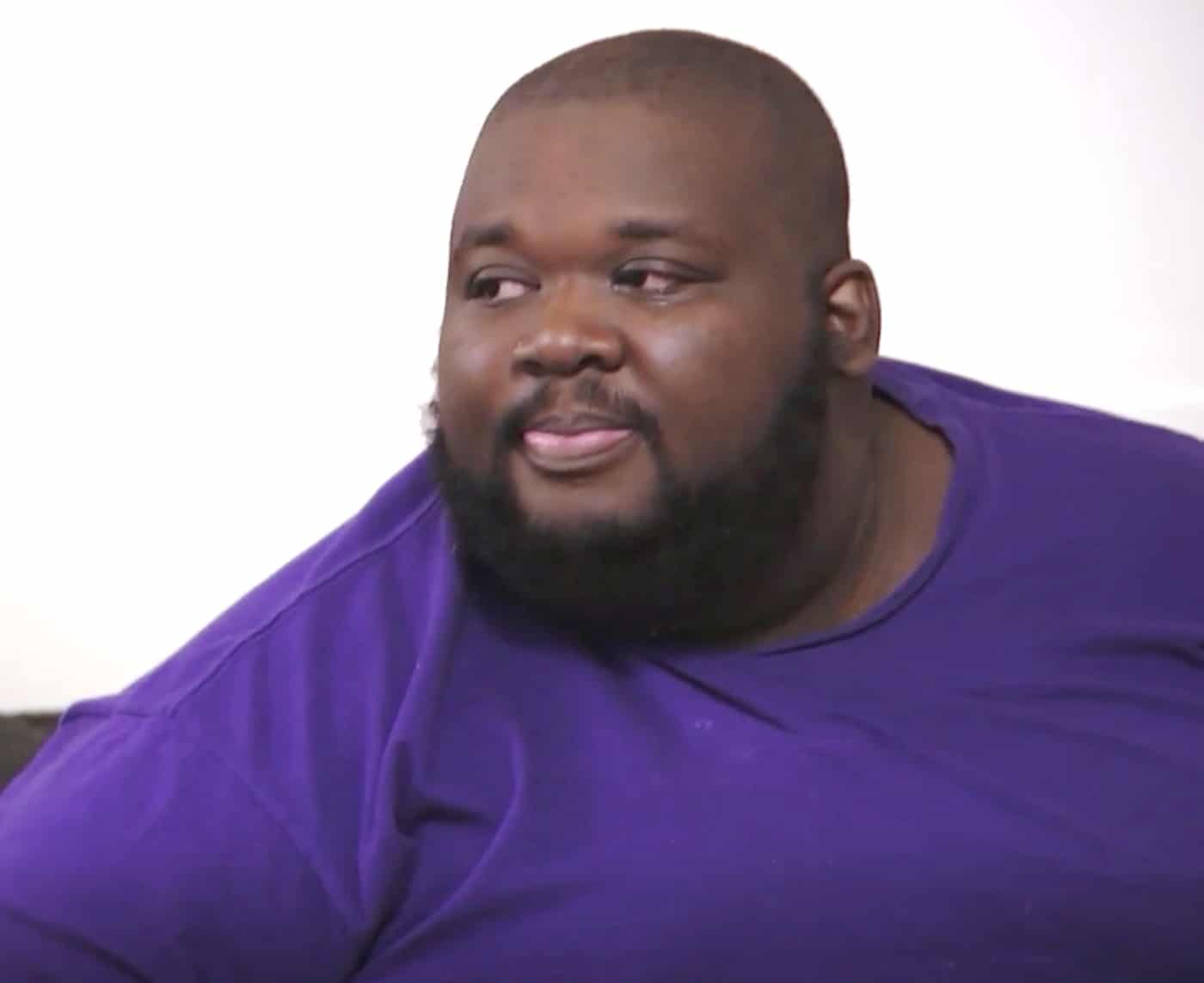 Thederick Barnes‘ story was seen on tonight’s episode of My 600-Lb Life.

After fans were introduced to the 740-pound Samantha Mason on last week’s premiere before learning she dropped hundreds of pounds with the help of Dr. Younan Nowzaradan, Thederick, a morbidly obese 33-year-old obsessed with ice cream and pizza, attempted to reach his own weight goals on the TLC series.

“All I do is eat,” Thederick admitted in the trailer for season nine. “It makes me feel [good].”

During his January 6 episode, Thederick admitted that the “best part” of his day is when the ice cream man arrives at the front of his home.

“The treats make it worth it to push myself to walk outside and that’s my exercise for the day,” Thederick said.

Following the arrival of the ice cream man, Thederick was presented with his order: three sodas, two bags of hot Funyuns, two Nutter Butters, a Strawberry Shortcake, an ice cream sandwich, and two fudge round pies.

“Ice cream is one of my favorites. So that’s how I start my breakfast… with ice cream. And it starts to make my day get better at that point. But the ice cream and the snacks are just the start,” Thederick explained as he was seen enjoying his strawberry dessert. “It’s good but I get hungrier as I eat it.”

For the past decade Thederick has been housebound—only going outside to greet the ice-cream man each morning. Can he break the cycle of food addiction? Follow his story tonight at 8/7c on #My600lbLife. pic.twitter.com/gwsCN6CQXE

Because Thederick’s morning snack wasn’t quite enough to satisfy his appetite, he often ordered pizza as his first meal.

“I like pizza a lot and I eat a lot of pizza,” he shared.

“I order a lot and I tell myself, ‘You don’t gotta eat it if you don’t want it,’ but when I get it, I end up eating it all at once,” Thederick continued. “So I can eat two full pizzas with two orders of wings and an order of cheesy bread but after I finish, you know I’m still hungry and I gotta start thinking about what I’ll have next.” 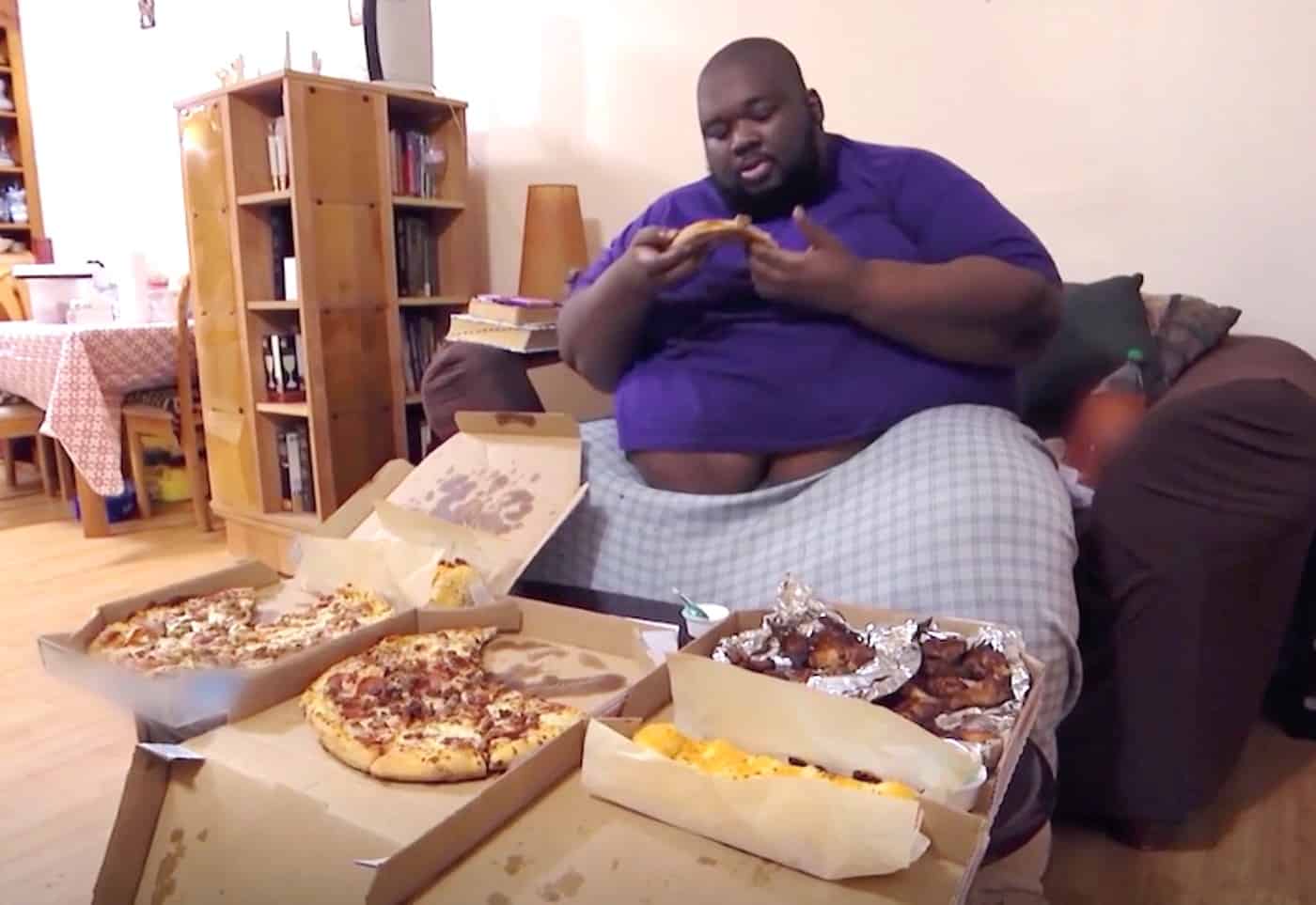 In another moment, Thederick was seen struggling to climb up the stairs before meeting with a loved one, who communicated their concerns over the health issues Thederick was experiencing due to size.

“It’s sad you ain’t living to the best of your abilities,” the male friend said. 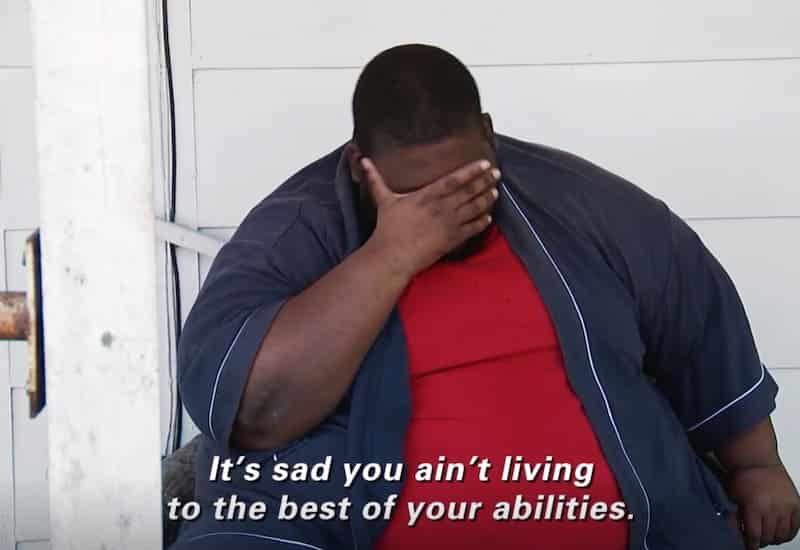 Although Thederick appeared to feel defeated by his addiction to food at times, he ultimately got proactive about his health and started lifting weights as he went into the hospital amid his weight loss journey.

“I need to stick with it and keep trying because I ain’t no quitter,” Thederick said of his efforts. 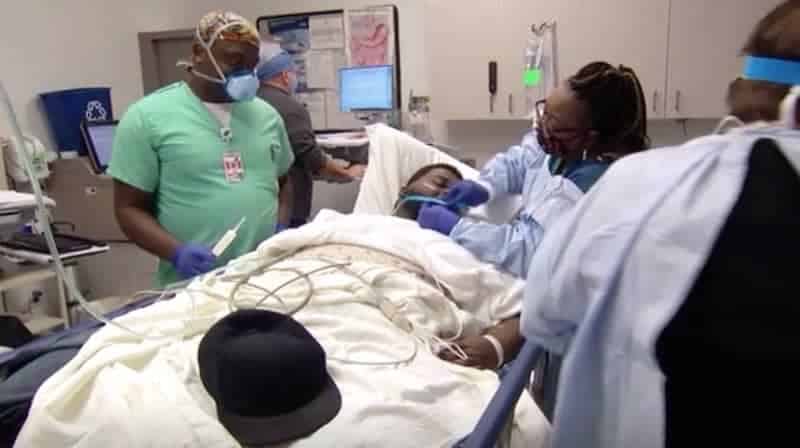 After initially tipping the scale at 740 pounds at the beginning of his episode, Thederick managed to lose 125 pounds on his own and weighed in at 615 pounds after five months. This led to Dr. Now approving him for weight loss surgery. Unfortunately, on the day he was to have his surgery, it was discovered he had a weak heart and deemed too risky for surgery. So the doctor had to ask him to lose some more weight on his own.

Thederick’s episode basically ended with him attempting to continue his weight loss journey on his own. It’s likely he will appear on a future Where Are They Now episode of My 600-Lb Life.

UPDATE – In recent social media photos, it appears Thederick has continued having success with his weight loss after filming season nine of My 600-Lb Life as he does appear to be thinner, at least in the face, in his latest pics. 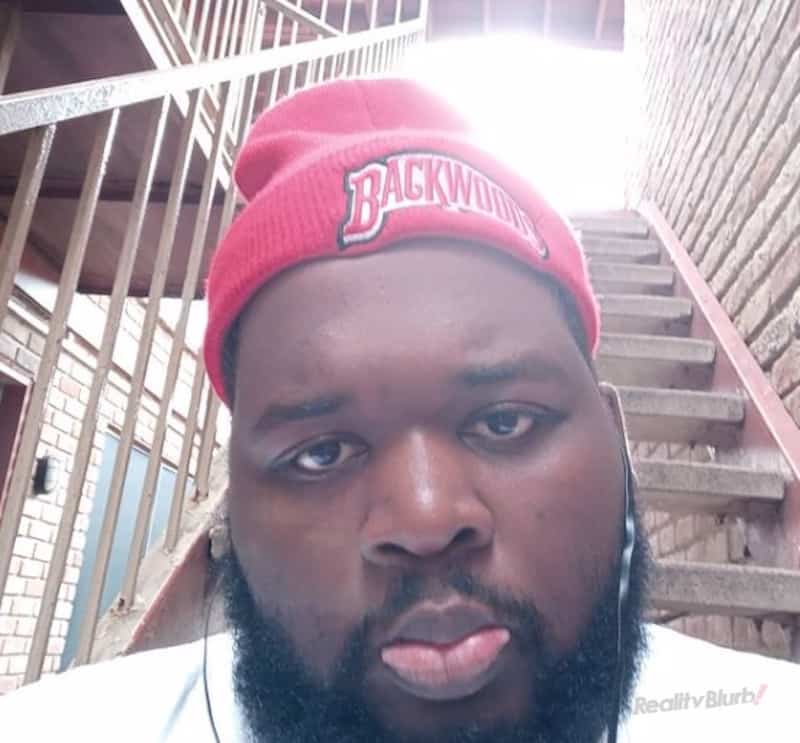 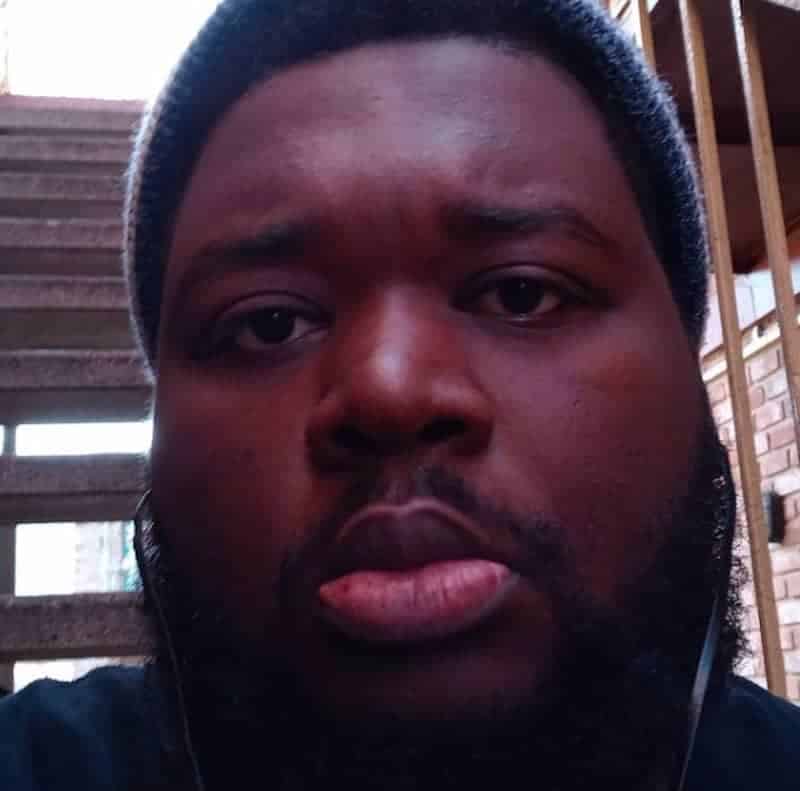 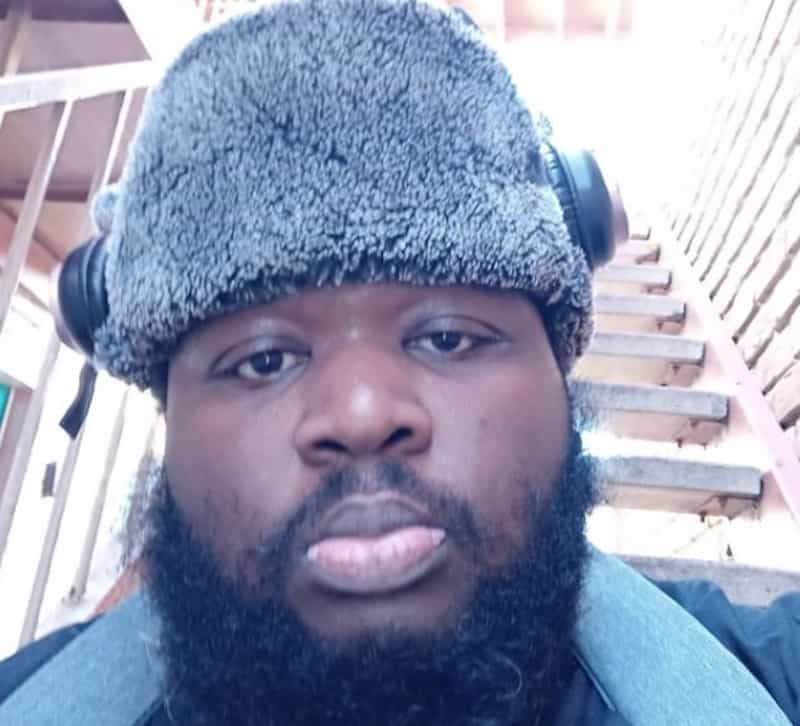