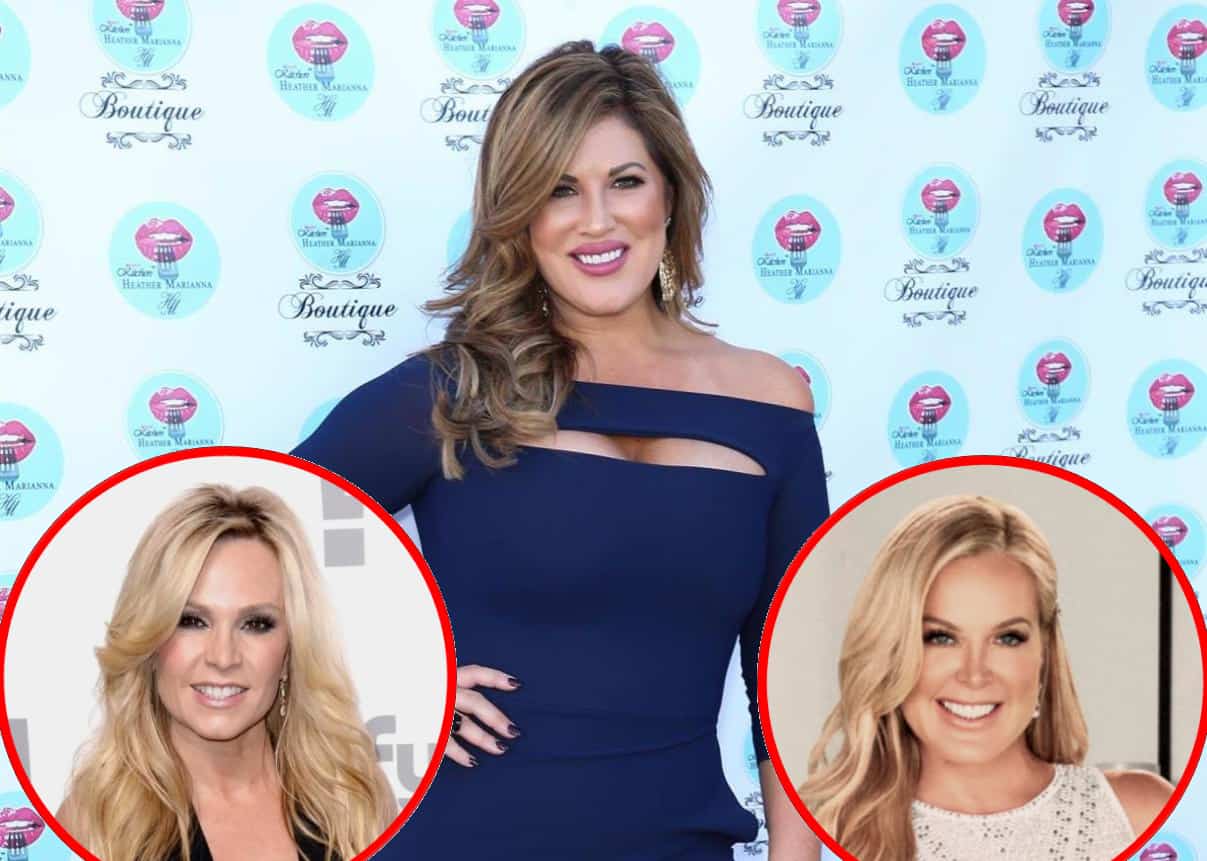 Emily doesn’t seem to be too concerned about Tamra’s potential return to the show. She basically treats the notion as a “cuckoo” idea that will never come to fruition as she reacts to the comments Tamra recently made about her and the current state of the show.

In an interview with Access Hollywood‘s “Housewives Nightcap,” Tamra admitted that she would love to make a RHOC comeback, but only under one condition, a different cast.

“I miss it. I’m not going to lie. I totally miss it. So given the perfect cast, oh absolutely. With the current cast right now? No thanks!” Tamra declared.

Tamra also then singled Emily out and offered her opinion (we all know how she loves her OPINIONS!) regarding Emily’s role on the show.

“I know the current cast and I’ve been on the show long enough that I know what works and what doesn’t work,” she shared. “The number one person that needs to go, I can’t even believe she’s gotten three seasons…  [is] Emily. I think she’s boring. If you [are trying to be the queen B], you’re not cut out for it.”

Emily also joined “Housewives Nightcap” and is firing back at Tamra with some serious shade of her own. When asked if Tamra should return to the show next season, the reality star didn’t mince words by offering a rather “non-boring” response.

“No! I think that someone should send a wellness check to her house, I don’t know. I don’t think she’s okay,” the attorney calmly stated.

Regarding her relationship with Elizabeth, Emily explains that although she had a difficult time understanding her new co-star at first, she “likes her” now. She claims she finally gets why Elizabeth was so guarded and contradictory in the beginning now that she’s shared the trauma she experienced growing up in an alleged cult.

“A light bulb went off and now I can kind of understand her as a woman [and] as a human better,” Emily professed. “All this childhood trauma that she had has conditioned her now as an adult to be secretive, and to be maybe not [so] forthcoming, and to maybe say things that contradict each other and I get it now. I get it.”

Emily says she speaks with Elizabeth fairly often and revealed that she’s proud of her co-star for seeking therapy and attempting to move on from her past.

“I feel like she’s a good person, and she has a good heart and a good soul. It might’ve gotten clouded by the fact that she wasn’t really adding up and things weren’t making sense,” she explained. “I can’t even imagine what it was like for her as a child and to not have dealt with it as an adult. I’m glad Elizabeth has broken free from her [ex] husband and the cult. Now she can be herself.”

The Real Housewives of Orange County airs Wednesday nights on Bravo at 9/8c.