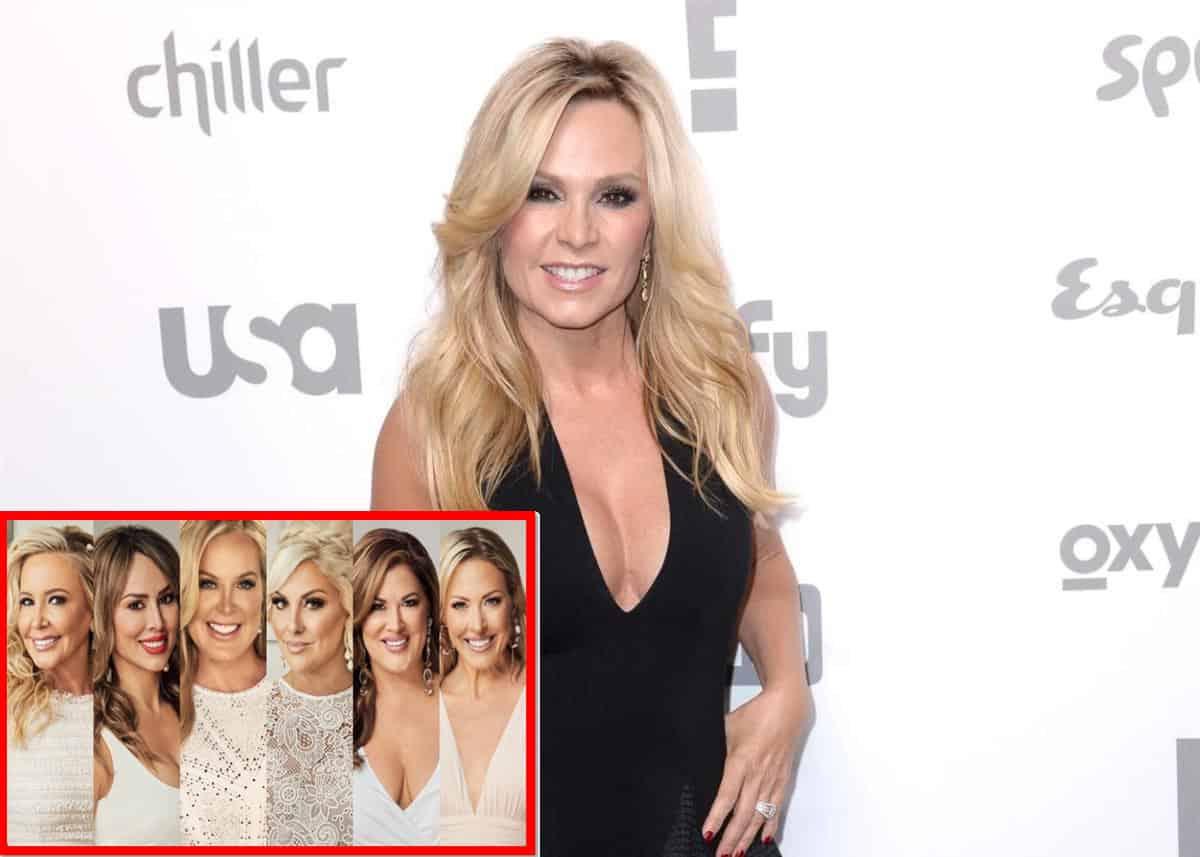 Tamra Judge may be featured on the upcoming Real Housewives of Orange County reunion.

Following the taping of the special, Tamra hinted at a cameo while also revealing who she believes will be asked back for season 16, reacting to the drama surrounding Kelly Dodd‘s often questionable behavior, and slamming the cast for their poor treatment of Braunwyn Windham-Burke, who came forward as an alcoholic and a lesbian during season 15.

“They shot the reunion yesterday and I think the reunion is going to be better than the entire season,” Tamra teased during the December 19 episode of The Weekly Scoop With CJ. “I have gotten a little bit of feedback.”

According to Tamra, she could be heard from at the RHOC reunion.

“I did get a phone call during the reunion… You might see it,” she explained, adding that all of the women teamed up against Braunwyn during the taping.

With the reunion special wrapped, Tamra is excited to hear who will be back, especially since she felt as though the season 15 cast wasn’t “as strong as it could’ve been.”

“I don’t [think Emily Simpson or Elizabeth Vargas will be back]. I’ll be curious to see what happens because the viewers and the public have been very vocal [about not wanting Kelly back],” she noted. “There’s no shortage of storyline on [Braunwyn]. She’s not going anywhere.”

As for her own return, Tamra said that if she is asked back, she won’t immediately tell fans.

“There’s a lot of buzz that I’ll be asked back. I haven’t gotten a formal offer yet and if I get a formal offer, I’m not telling anybody. I’m just going to walk on,” she revealed, adding that she believes there will be a “big shakeup” with the cast.

Although Tamra admitted Kelly can be good television at times, she accused her of having “an evil heart.”

“That girl has to be so damaged so bad inside. You have to feel sorry for her because why is she so evil?” Tamra wondered.

Earlier this month, Tamra was involved in a messy feud with Kelly after calling her ignorant for the comments she made on the RHOC.

“She went out and ripped apart my business, saying it’s a multi-level scheme. It’s not. She went after everything about me. And I”m like, ‘Who does that? What clicks in your head?’” Tamra recalled. “Maybe she’s drinking and then she’s on social media saying stupid things. She crosses the line a lot.”

One person with who she crossed the line more than once is Braunwyn. As RHOC fans may have seen, Kelly recently shot footage of Braunwyn’s home while putting her on blast for supposedly not paying taxes and also took aim at her on Watch What Happens Live by suggesting her alcoholism is all for show.

“I really felt bad for Braunwyn. A lot of the castmates were saying she’s lying and she’s this and she’s that. And it’s like, let’s just say she was. She was in a really bad place. It isn’t time to drag her down and beat her up,” Tamra said of the drama. “[She came forward with] a lot of information [and] a lot of people went after her for that [and] that’s not the right thing to do.”

While Tamra has stayed in the loop with her former castmates, she hasn’t been watching the season.

“Believe it or not, it’s hurtful for me. There’s a lot of firsts going through this season without me. Yesterday was the reunion and Vicki and I… I’m like, ‘Do you feel a little weird?’ She’s like, ‘Yeah, I feel weird about it.’ The show must go on, though!” she explained.

In other Tamra Judge news, the former reality star has been focusing on her businesses, including Vena CBD and her gym, CUT Fitness, in the months since she left RHOC and making sure she sees continued success, despite the current pandemic.

“We’re going on eight years now,” she said of her fitness center. “We definitely had to change our business model during COVID so we could stay open. We do have a chiropractor there and a massage therapist and we do private training and we do sports training. We’re really considered an essential business now.”