Home Real Housewives of Orange County News Emily Simpson on How RHOC is Better Without Vicki Gunvalson and Tamra Judge, Says Braunwyn Has “Issues With Everyone” and Newbie Elizabeth “Ruffles Feathers”

Emily Simpson on How RHOC is Better Without Vicki Gunvalson and Tamra Judge, Says Braunwyn Has “Issues With Everyone” and Newbie Elizabeth “Ruffles Feathers” 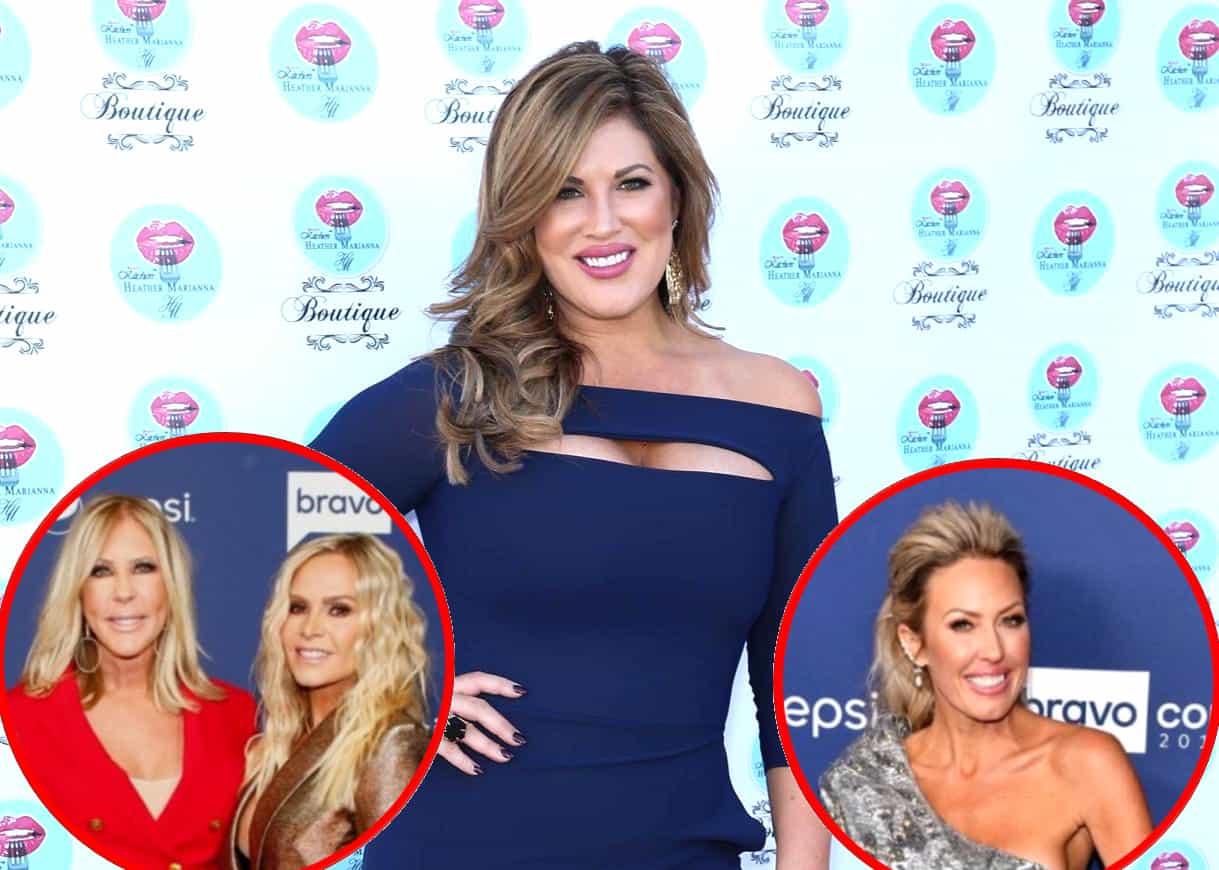 Emily Simpson isn’t concerned about the absences of Vicki Gunvalson and Tamra Judge on The Real Housewives of Orange County season 15.

Ahead of the Bravo reality series’ premiere, Emily admitted that she believes the show is “better” without them before sharing her thoughts on the newest member of the show, Elizabeth Vargas, and confirming that Braunwyn Windham-Burke had “issues” with the entire cast during filming.

“I think it’s better. And I don’t mean that as disrespect towards them,” Emily told E! News of the series without Vicki and Tamra earlier this week. “I think that they were on the show for a long period of time and I just think the show has to evolve. And that means that you have to have new people and you have to keep it moving forward and I feel like the relationships are more authentic and more real because I feel like when someone has been on the show as long as those two have, I think a lot of things get manipulated and contrived.”

Earlier this year, about one month into production on RHOC season 15, Emily and her castmates were forced to shut down production amid the outbreak of COVID-19. At the time, Emily said they believed they would be putting a pause on filming for just two weeks.

“We had a lot of challenges, but I tell you we did the best we could and I think it’s gonna be a good season, even considering what we had to deal with,” Emily said of the break in filming. “You get to see a real raw, inside look at how we as individuals and as a group dealt with it and got through it. And I think that’s really interesting for the viewers.”

Prior to the shutdown, Elizabeth was brought to the show in a full-time role.

“I think [Elizabeth] fits in well and I think she’s really established relationships with some of the women, but I think she also ruffles feathers and causes some problems. Or not causes problems, but you know when you’re new you obviously…we’re trying to figure out who she is and what she’s about and I think a lot of really interesting things come up about her,” Emily teased.

As for Braunwyn, who recently confirmed she is not currently in touch with the RHOC cast, Emily said there is plenty of drama to come between the mother of seven and their co-stars.

“Braunwyn [Wyndham-Burke] has her own issues with everyone,” Emily explained.

During a separate interview with Hollywood Life, Emily said the cast “came together and did the best that we could considering the challenges that we [were] dealt with” and added that she and her co-stars “made a great show” because they have a “really good cast.”

Emily then said that RHOC season 14 was “really difficult” for her because of her hip condition and her falling out with Gina Kirschenheiter. Moving forward, Emily revealed viewers will see “strong relationships between Kelly and me and Kelly and Shannon — [including] their ups and downs — [as well as] Gina and me” on season 15.

“It’s all very raw, very authentic and very real,” she shared. “The second half of the season [will have] some surprises that come up that people don’t have any idea about.”