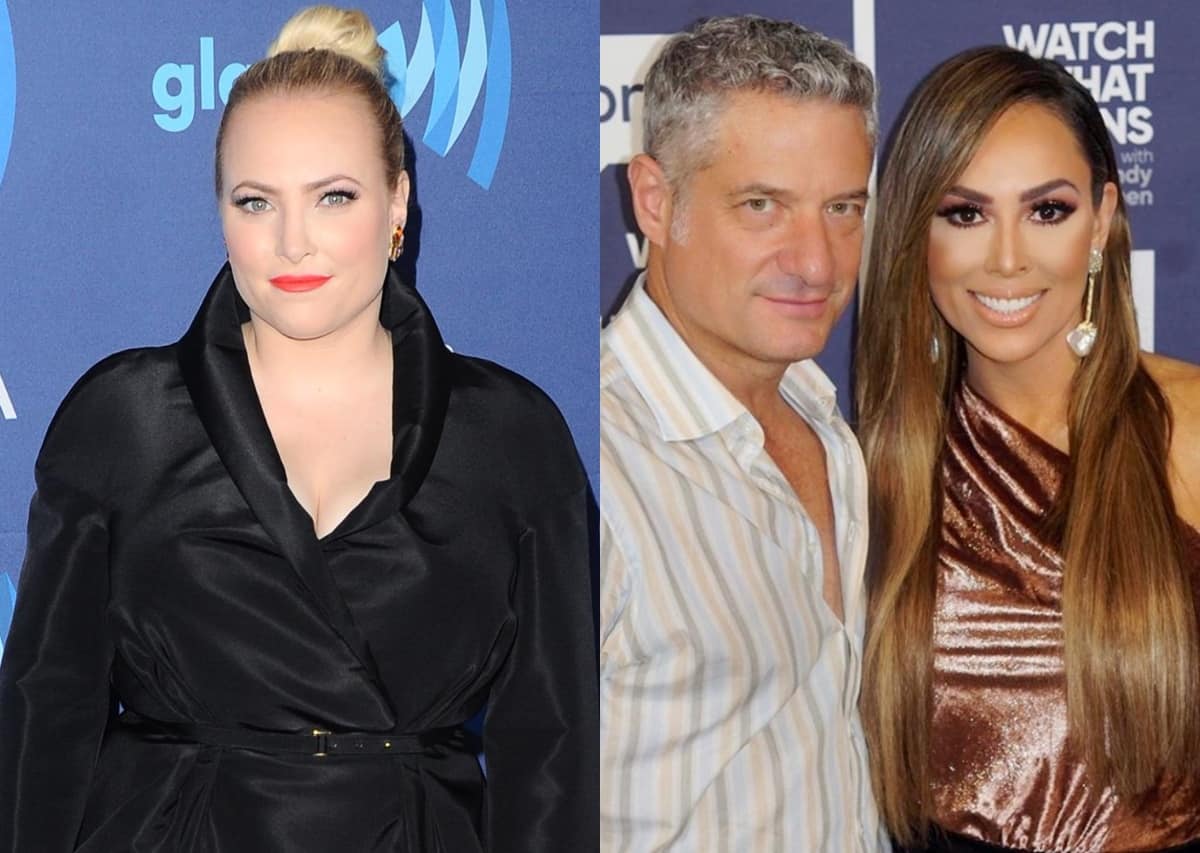 Kelly Dodd responded on Twitter after seeing that Meghan McCain had called her out on Tuesday night’s Watch What Happens Live for being “mean” to her during a joint appearance on the late-night talk show in 2019.

After being asked to share her thoughts on the The Real Housewives of Orange County cast member, Meghan admitted to feeling mistreated by both Kelly and her husband, Rick Leventhal, before recalling the way in which Kelly suggested she was a “trust fund kid.”

“I went on Watch What Happens Live with [Kelly] and she was so mean to me,” Meghan recalled to host Andy Cohen of their past appearance.

“[She] had clearly had some drinks beforehand, and now I’ve totally turned on her. Remember how weird she was? And she was, like, calling me a trust fund kid and said I’ve never worked a day in my life. I get up every day at 5 a.m. to work, man, what are you talking about? She was so mean… and her husband, too,” Meghan continued.

Following the comments, Kelly took to her Twitter page, where the RHOC star claimed she was joking about Meghan being a trust fund kid.

“I love you!!! I was teasing you about being a trust funder!! I know how hard you work!! I’m a huge fan of you and your family,” Kelly wrote to Meghan, along with four red heart emoji. 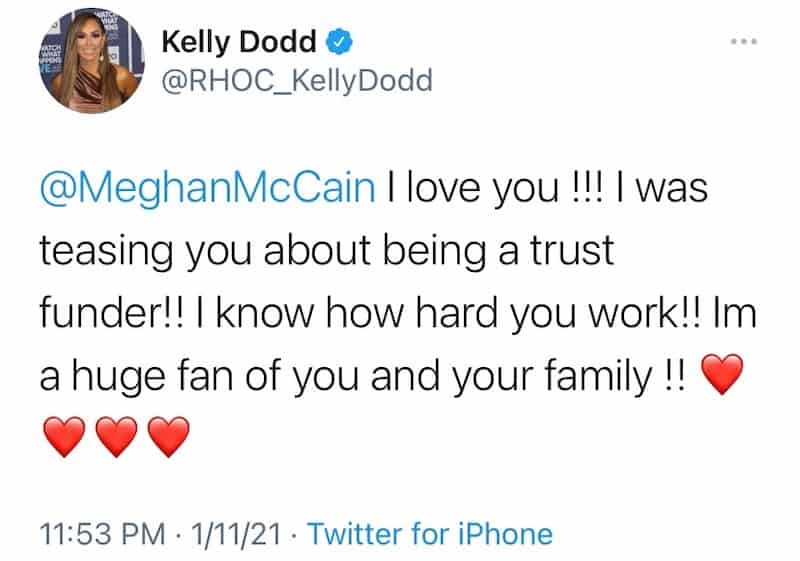 After seeing the tweet, Meghan said that when it came to her comments on the January 11 episode of WWHL, she was simply reacting to Kelly’s behavior.

“Thank you!! No worries. I was just giving sh*t back to you. Tell [Rick Leventhal] I say hello!” she said.

In response, Kelly admitted that she deserved to be called out for her past antics against Meghan.

“I deserve it,” she replied. 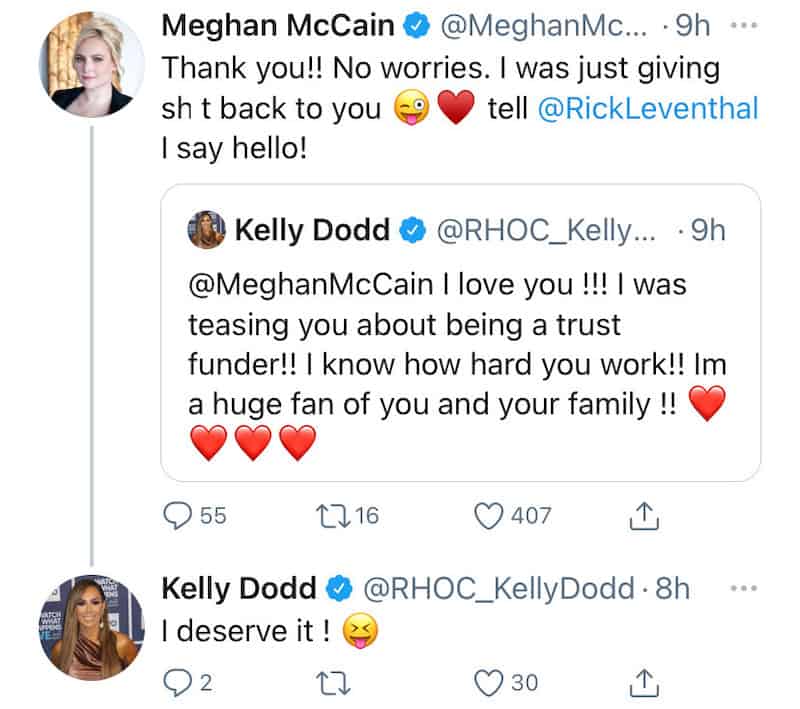