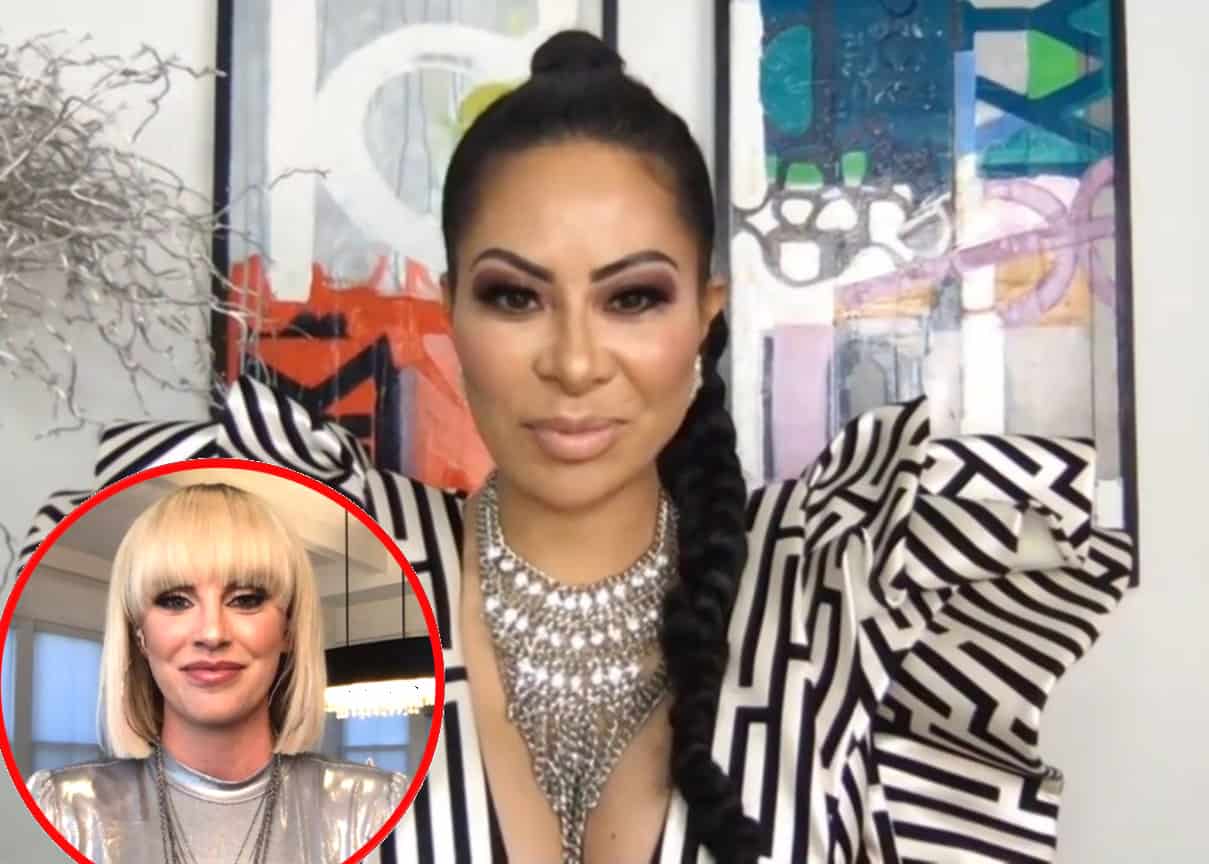 Jen Shah and Whitney Rose may have had some issues with one another during the debut season of The Real Housewives of Salt Lake City, but when it came to Whitney being tied to the unruly protests in Washington, D.C. last week, Jen had Whitney’s back.

After Whitney was dragged into the drama due to her connection to a woman named Sara McArthur Pierce, who was photographed during the shocking riots, and had been seen on a past episode of RHOSLC, Jen released a statement of support as she also defended her decision to be open with her mental health struggles.

After Real Reality Homo on Instagram shared the photo below of Sara, he offered a second statement requesting fans take it easy on Whitney, who was most definitely not in D.C. at the time of the shocking events. Jen then weighed in after some fans also accused Whitney of liking posts that supported the MAGA movement and President Trump [Editor’s Note – President Trump incited the violent insurrection that took place on January 6 with his repeated lies about winning the election he lost to President-Elect Joe Biden].

“I’d like to comment on this as well… I recently had a conversation with [Whitney Rose] about some difficult topics regarding systematic racism, colorism, white privilege, etc. I can tell you from my personal conversation with her that she in no way supports the protests or violence that happened at our nation’s [Capitol],” Jen confirmed, according to a screenshot shared by Queens of Bravo on Instagram.

“She is one of very few people that have proactively reached out to me after the protests asking to be an ally and part of the change we so desperately need in our country,” Jen continued. “We have enough hate…Let’s stop it and embrace the people that want to be educated and be part of positive change.” 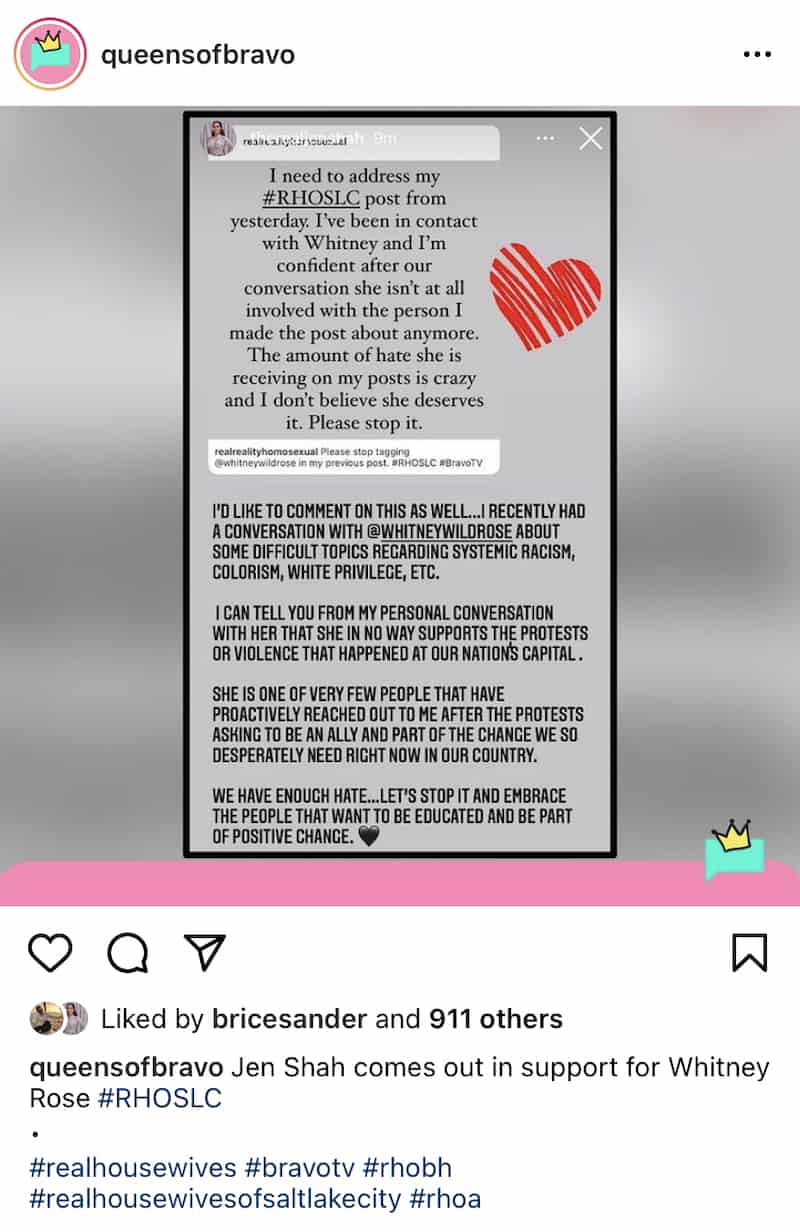 In another post on her Instagram Stories, Jen commented on her decision to publicly address her mental health struggles and the medication she takes to cope.

“That person that told me I shouldn’t have been open about my mental health and having to take medication [because] it would be used against me…Guess what, not only do I not give a damn what you say but you were wrong sweetie,” Jen wrote, along with a message telling her fans and followers to “stop shaming people.” 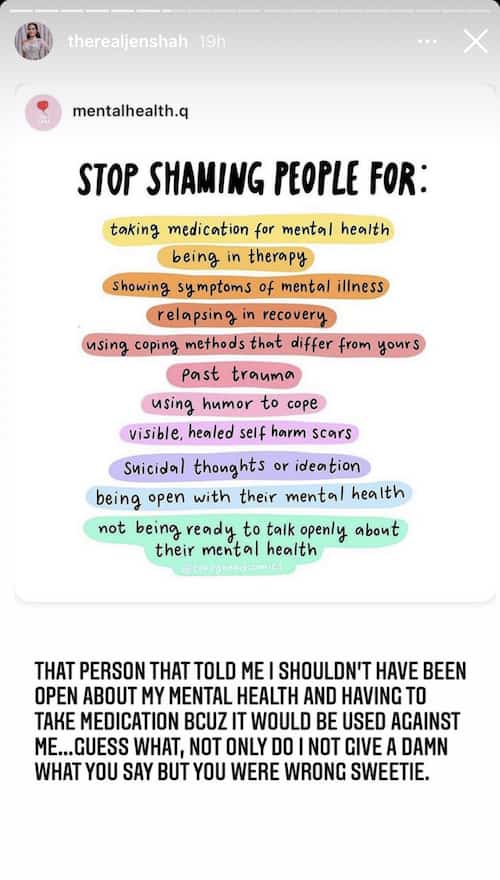 The Real Housewives of Salt Lake City season one airs Wednesdays at 10/9c on Bravo.