Home Real Housewives of Orange County News RHOC’s Elizabeth Vargas Slams Braunwyn For “Blaming Everybody Else” For Her ‘B.S.’ as Braunwyn Explains Why She is the Only Cast Member Who Addressed the Disturbing Riots at the Capitol

RHOC’s Elizabeth Vargas Slams Braunwyn For “Blaming Everybody Else” For Her ‘B.S.’ as Braunwyn Explains Why She is the Only Cast Member Who Addressed the Disturbing Riots at the Capitol 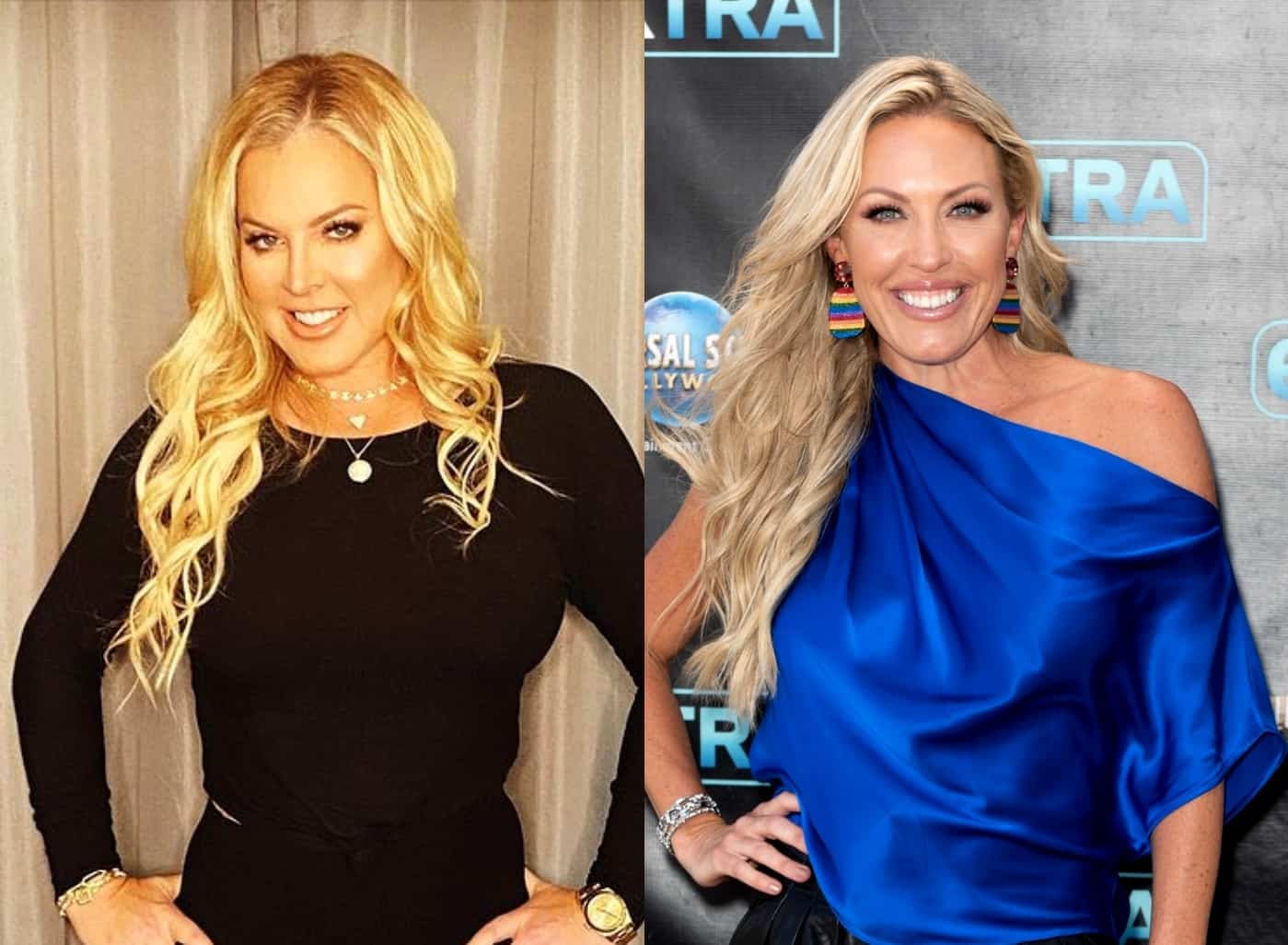 Elizabeth Vargas isn’t buying Braunwyn Windham-Burke‘s recent claims regarding the edit she got during the 15th season of The Real Housewives of Orange County.

After Braunwyn told a fan on Instagram that she received the “worst edit” of the cast, Elizabeth called her out for always “blaming everybody else” as Braunwyn responded to a fan who pointed out that the rest of the cast failed to address the violent riots that erupted in Washington, D.C. earlier this week.

“There she goes again… blaming everybody else for her bulls*t LOL Does this mean I can claim that I ‘got’ a bad life?” Elizabeth wondered on her Instagram Stories on January 7, along with three laughing while crying emoji and four eye roll emoji. 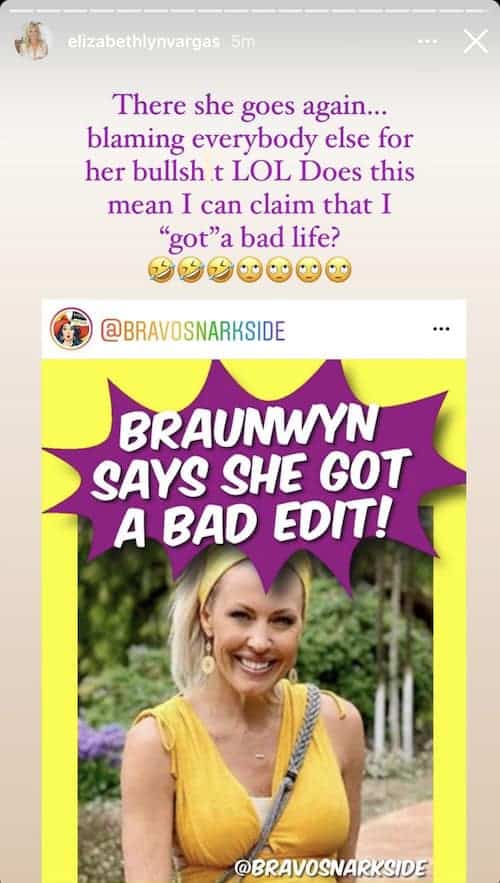 As RHOC fans may have seen, Kelly Dodd also reacted badly to Braunwyn blaming producers for the backlash she’s received over the past several weeks.

“I’ve been on [RHOC for five] years and never complained about a bad edit. They show the good[,] bad [and] ugly. This is more deflection [and] not accepting responsibility for your own bad behavior,” Kelly wrote in a since-deleted post.

On her own Instagram Stories, Braunwyn explained why she was the only cast member who spoke out against the hysteria that went down at the Capitol.

“You’re the only RHOC that spoke on what happened at the [Capitol]. [That] says a lot,” a fan wrote in a message.

“I have a very big mouth, no filter, and a family that raised me to speak out,” Braunwyn replied. 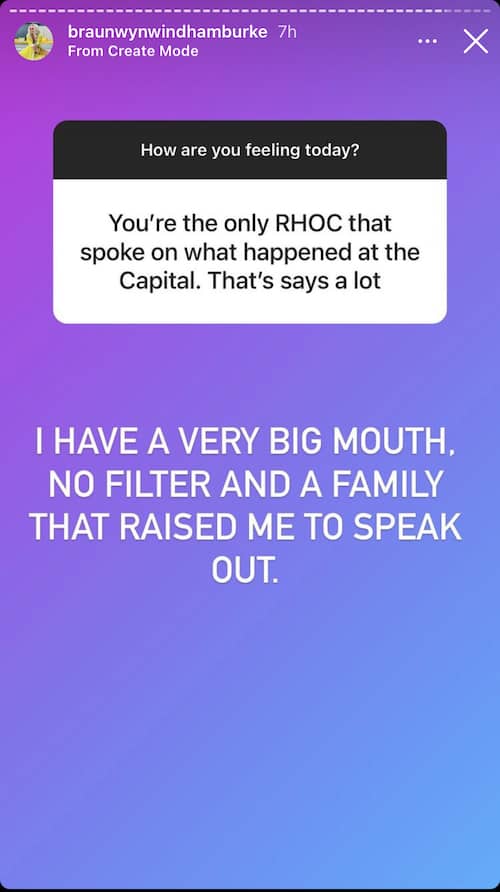 This is the second time in recent weeks that Elizabeth has called out Braunwyn on social media.

Last week, as Instagram users may recall, Elizabeth suggested Braunwyn, who recently went public with girlfriend Kris after coming out as a lesbian, was “narcissistic” and “hypocritical” for saying she will be “heartbroken” if husband Sean Burke moves on with someone new.

“I’m sorry but this is just getting to be wayyyy [too] much,” Elizabeth wrote on Instagram on January 3. “Didn’t she just announce she’s NEVER been attracted to him EVER & she’s ‘SLEEPING WITH WOMEN’! Acceptable behavior because she calls it a ‘modern marriage’ or extremely narcissistic & hypocritical…Thoughts?”