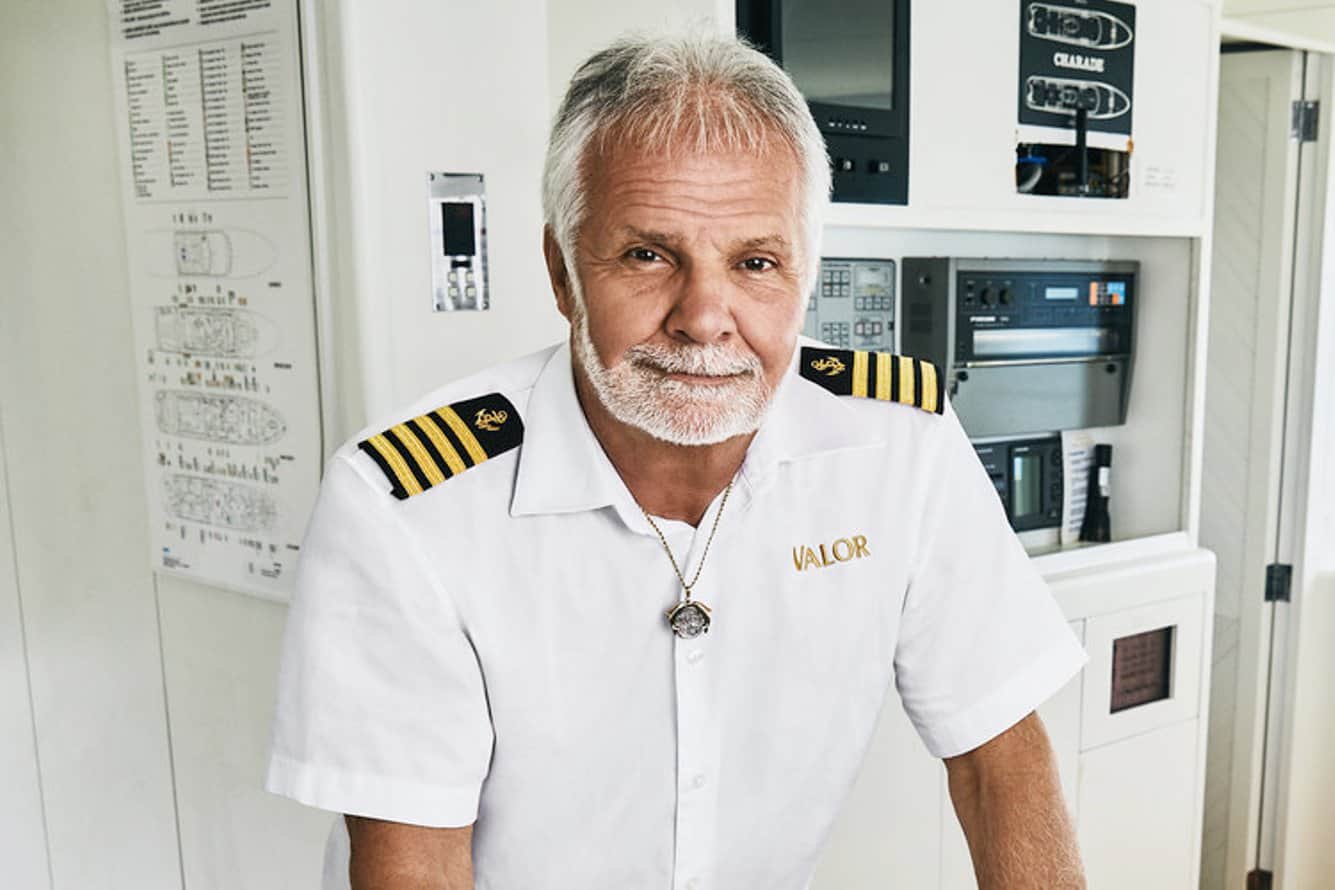 Captain Lee Rosbach says he was ready to place Delores, the infamous drunk charter guest on Below Deck, in handcuffs. He also addresses the backlash he has received for getting the COVID-19 vaccination.

On the latest episode of Below Deck, Captain Lee threatened to end a charter early due to one out of control guest. After joining the guests for dinner, Delores — who was beyond intoxicated — began acting a bit wild and ultimately jumped overboard after the captain demanded that she stay on board.

As Lee recalled the incident on the Below Deck After Show, he explained he was so angry that he was prepared to go to extremes just to get her off the boat and revealed what he was considering.

“I will put her in cuffs and take her off the boat and I have the legal authority to do that,” he shared.

Bosun Eddie Lucas chimed in with a comment, which shaded Captain Sandy Yawn at the same time.

“It’s maritime law,” he joked as the captain began to roar with laughter before responding, “G*d don’t even mention that word.” Lee sarcastically added, “So over the top, maritime law.”

As Below Deck Mediterranean fans likely know, that was certainly a jab at Captain Sandy and Malia White, who both claimed that longtime chief stew Hannah Ferrier had to be fired for bringing drugs on board because it was “maritime law.”

In other Below Deck news, Captain Lee has been forced to defend himself for receiving the COVID-19 vaccine after he posted a photo of himself getting it. Some fans began calling him out on social media, and they accused him of using his celebrity status to secure the highly sought-after shot before other average citizens.

“Why before elderly,” one person wondered.

“Are you 75? That’s the rule in most states,” another person commented.

Captain Lee lives in Florida and the state is currently offering the vaccine to anyone over the age of 65, and Lee is reportedly 70-years old. He responded to the naysayers on Twitter by explaining just that.

You needed to be over 65 and get on the list. Florida. https://t.co/2C0zMTYbWH