Home Real Housewives of Orange County News RHOC’s Kelly Dodd Accuses Sean Burke Of Snooping On Her Twitter Page As Photographer Says Images Of Braunwyn Are “Never” In Demand Following Claims Of Being Stalked At Her Home, Plus Elizabeth Weighs In

RHOC’s Kelly Dodd Accuses Sean Burke Of Snooping On Her Twitter Page As Photographer Says Images Of Braunwyn Are “Never” In Demand Following Claims Of Being Stalked At Her Home, Plus Elizabeth Weighs In 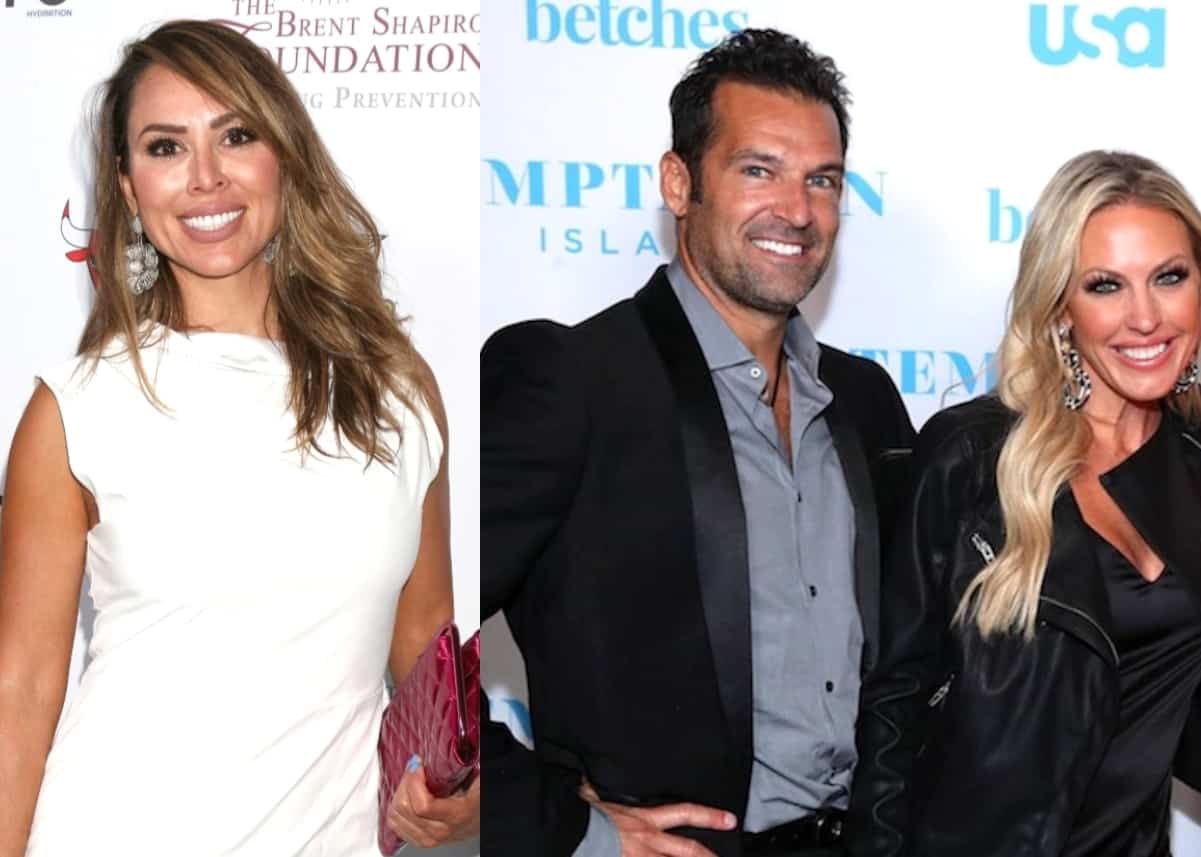 In addition to slamming Sean as the series’ seventh “housewife” after he “liked” a message about her “attack” on Braunwyn, Kelly told her fans and followers he was a “snoop” as their co-star, Elizabeth Vargas, reacted to a photographer claiming images of Braunwyn were “never” in demand at their Los Angeles agency.

“Caught the 7th [RHOC] housewife stopping by my page for their annual weekly snoop session again,” Kelly wrote in a tweet shared on January 14.

Along with Kelly’s message, she shared a screenshot of a message Sean “liked.”

It read, “Watching you attack Braunwyn in the finale was gross.. why do you deserve to be told anything by her?.. when she’s ready she’ll share.. she’s definitely not perfect by far, but neither are you.” 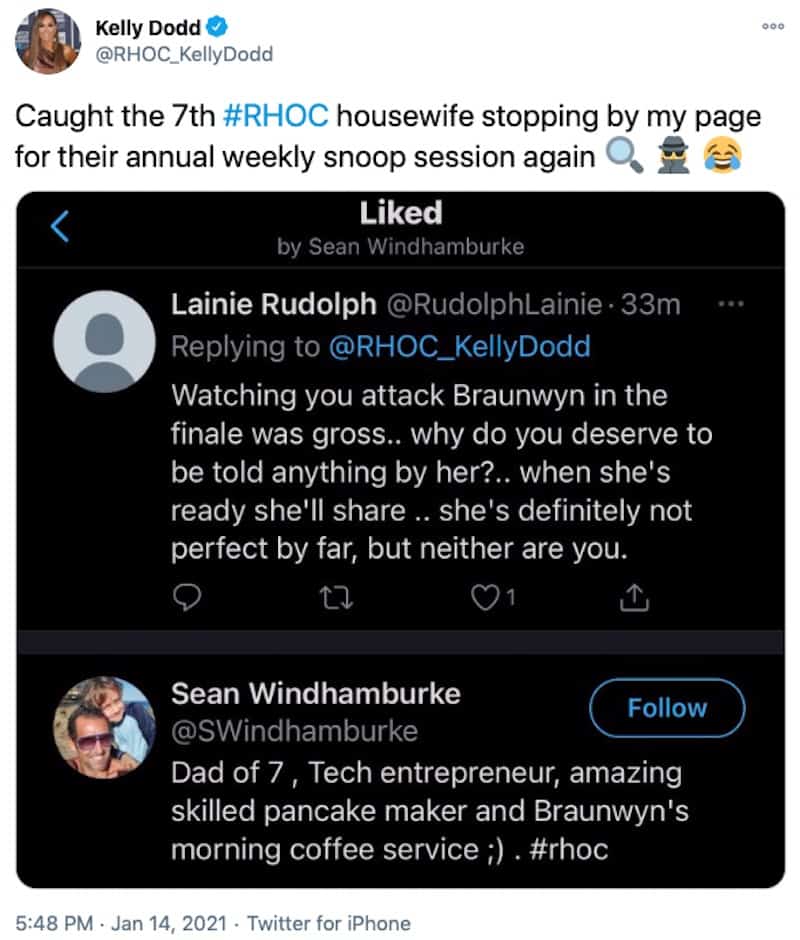 As Kelly caused a stir on Twitter with her tweet against Sean, Christian Gray Snow got the attention of RHOC fans, and Elizabeth, on Instagram, where he shared a message he exchanged with a Los Angeles photographer.

“An old acquaintance of mine is a successful photog here in LA who regularly shoots the major people like JLo and Ariana. I couldn’t help but ask him about our very own paparazzi Princess,” Christian wrote, along with a photo of his texting conversation with the photographer.

“Question for you. In your professional experience, is there any demand for a photo of Braunwyn Windham-Burke??” Christian had asked.

“No never,” the photographer replied, along with a frown face. 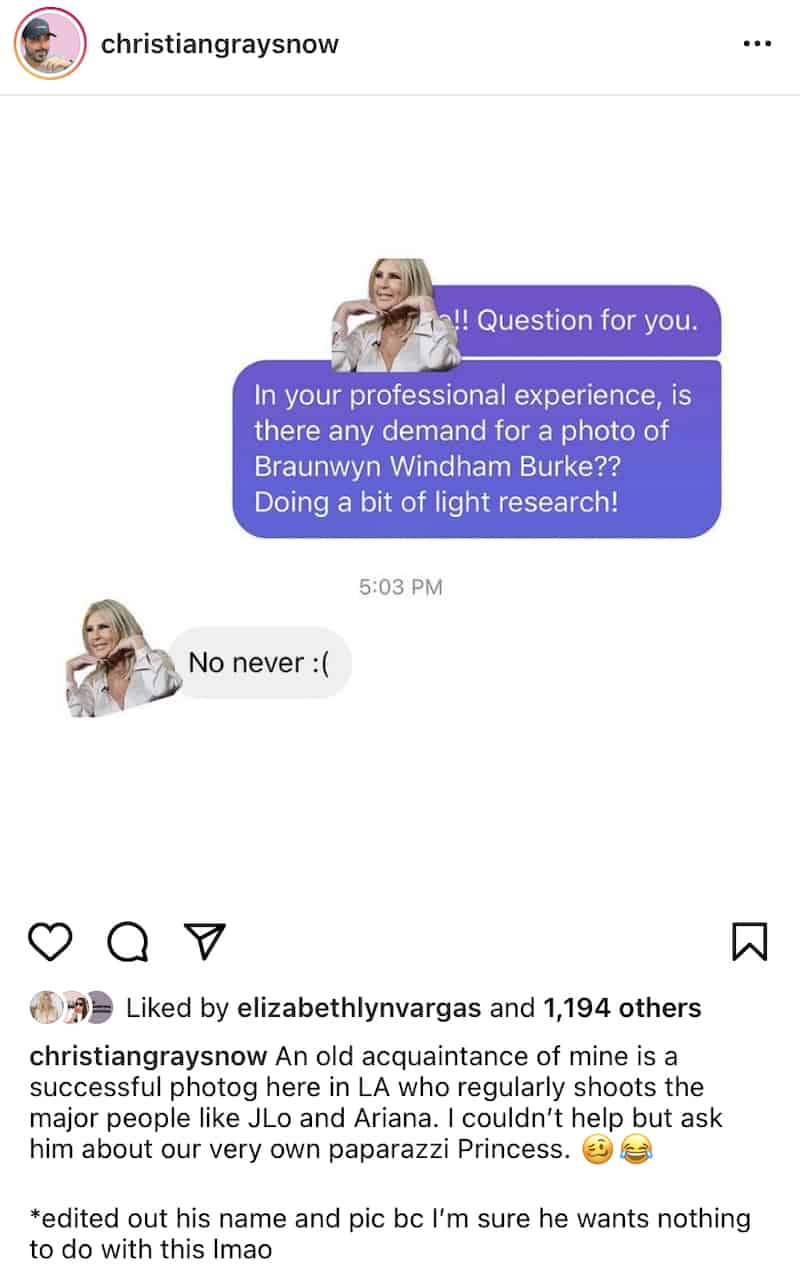 After seeing the post, Elizabeth shared her response to the photographer’s confirmation, which included three laughing-while-crying emoji.

As viewers may have heard, Braunwyn said on Watch What Happens Live earlier this week that photographers had been camping out at her Newport Beach rental home and following her wherever she goes.