Braunwyn Windham-Burke may be dating a woman after coming out as a lesbian in December, but that didn’t stop her from visiting a sex and smoke shop with her husband, Sean Burke, over the weekend.

The Real Housewives of Orange County cast member was photographed with Sean at the adult store in Costa Mesa, California, on Sunday, January 10, where she seemingly channeled her husband‘s signature look with a large “Gay O.K.” necklace.

Braunwyn and Sean began their shopping outing at Whole Foods where they picked up coffee and a healthy green juice before going back to wait by their car for the neighboring Sex Shop ‘Lovers’ to open its doors at noon. They reportedly spent about 20 minutes browsing the aisles, and they left with a brown bag full of purchases.

As RHOC fans well know, Braunwyn and Sean were quite open with their sex life when they joined the Bravo reality series in early 2020 for season 14. At that time, the couple revealed they not only engaged in several threesomes, but they also that they had a “love shack” apartment to ensure private time away from their seven kids.

Then, during season 15, Braunwyn confirmed she is an alcoholic before claiming Sean enabled her addiction and admitting to getting physical with him on a couple of occasions. 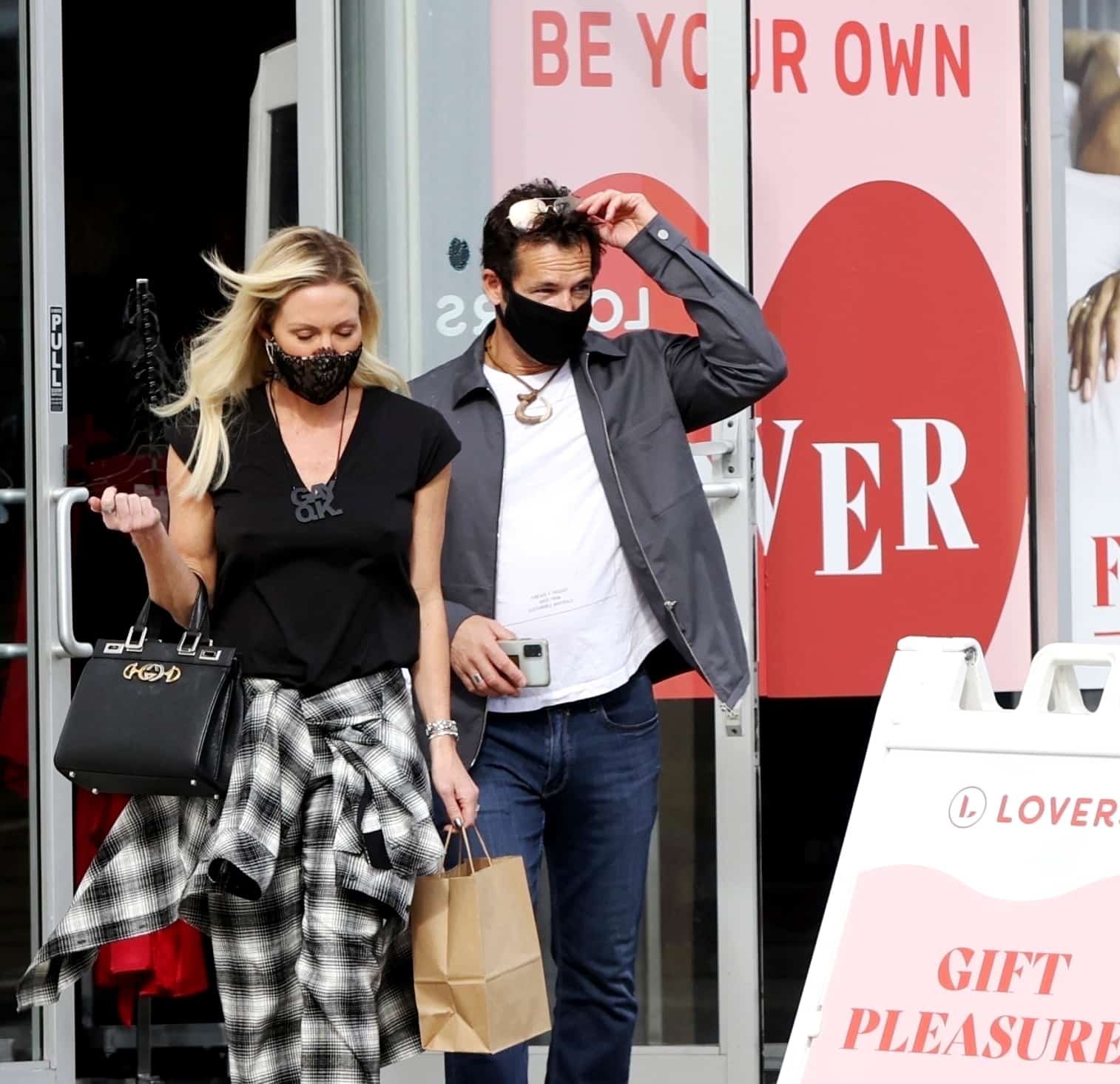 After confirming she is a lesbian, Braunwyn went public with her new relationship with girlfriend Kris and claimed that she’s “never” been physically attracted to a man. She then offered an update on her marriage to Sean, stating that while she is dating someone new, she has no plans to end their marriage.

“Right now we’re taking it one day at a time and figuring out what works,” Braunwyn told a fan on Instagram. “We don’t have any answers, we just know we love our kids and we will always be family.”

A short time later, Braunwyn told someone else, “We know it might be impossible, but we’re going to try and make this ‘open’ marriage work.”