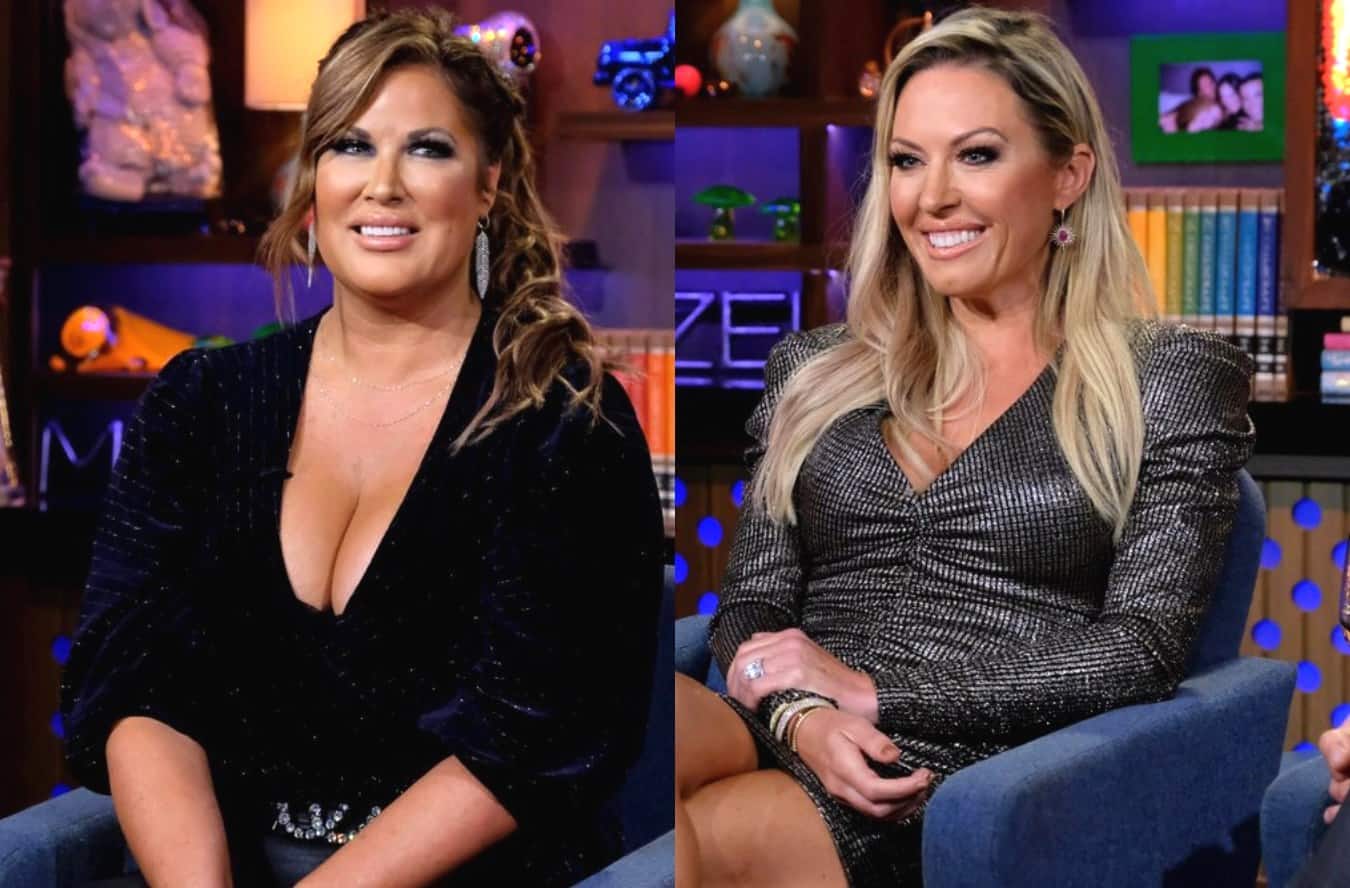 Emily Simpson is clapping back after seeing that Braunwyn Windham-Burke took aim at her marriage to Shane Simpson on Tuesday night’s episode of Watch What Happens Live.

Following the new episode of Andy Cohen‘s talk show, during which the newest Real Housewives of Orange County cast member slammed Emily and Shane’s marriage as an “arrangement” and suggested they were nothing more than co-parents, Emily took to Instagram. There, she dissed Braunwyn’s marriage to Sean Burke by claiming their relationship was made up of “cheating and threesomes.”

As RHOC fans will recall, Gina Kirschenheiter appeared on the Real Housewives of Orange County: After Show earlier this month, where she suggested Sean had cheated on Brauwnyn and said that was likely why Braunwyn has engaged in threesomes with him.

“I think her husband may have cheated on her because she’s said all these things: she’s been through it all, and she understands,” Gina explained. “I just think that she is now feeling like, okay, now I need to satisfy my husband so if I just let that come into my world and my bedroom, it keeps everyone satisfied.”

“I think that’s more damage control…And her not feeling confident in herself and her needing attention,” Gina added.

During Braunwyn’s appearance on WWHL, she was asked about Emily and Shane’s relationship.

“I think Emily and Shane have an arrangement and that works for them,” Braunwyn stated. “They are good parents. I think they are a great family. His family is amazing and they both kind of get something out of it.”