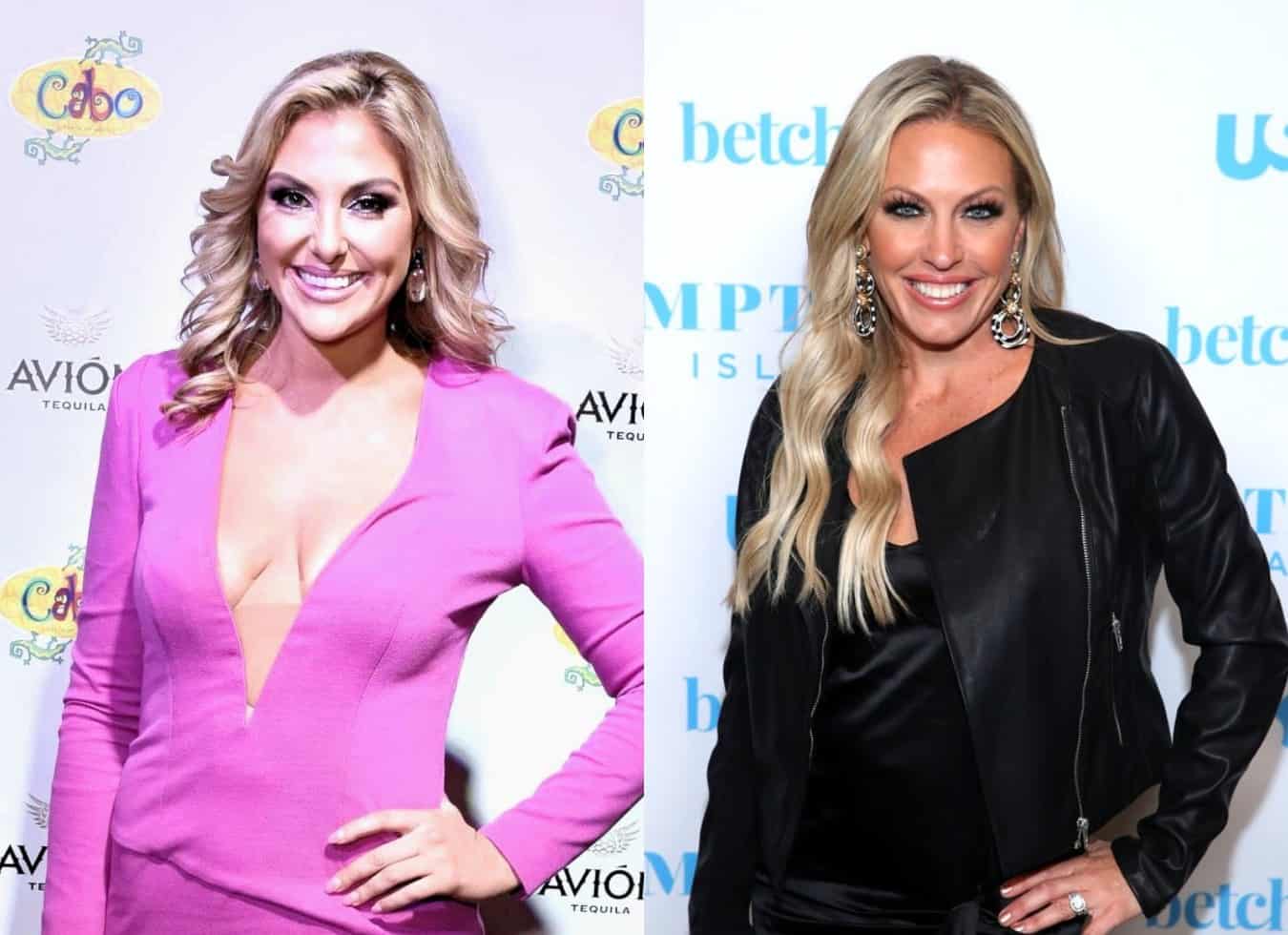 While appearing on the series’ After Show, Gina reacted to Braunwyn’s statement regarding her threesomes with Sean before bringing up the possibility of an affair as the mother of seven fought back against her claims on Instagram.

“I think it’s kinda sad actually. I think personally, I’ve thought about it a little bit, I think her husband may have cheated on her because she’s said all these things: she’s been through it all, and she understands,” Gina explained.

According to Gina, she believes the newest member of RHOC engages in threesomes with her husband in an effort to keep him happy.

“I just think that she is now feeling like, okay, now I need to satisfy my husband so if I just let that come into my world and my bedroom, it keeps everyone satisfied,” Gina stated. “If you wanna keep it spicy, keep it spicy but I think that’s more damage control…And her not feeling confident in herself and her needing attention.”

After Gina said this, Braunwyn clapped back at her co-star in the comments section of the Good Tea Time‘s article about the comments on Instagram.

“We’ve definitely had our hard times in the past 24 years, but when things got really bad, he put us first,” Braunwyn wrote of Sean. “Anyone that knows Sean knows he’s the rock of this relationship. I think it’s hard for some people to see that ‘happily’ married can come in a variety of ways, not just the traditional one we’re brought up believing.”

Braunwyn also reacted to a fan who applauded her for defending her marriage and her husband.

“When it’s me it’s ok, I signed up for the show and I knew it came with the territory, Sean didn’t, and I can’t have people thinking something like that about him,” she explained. “He really is one of the nicest guys I’ve ever known.”