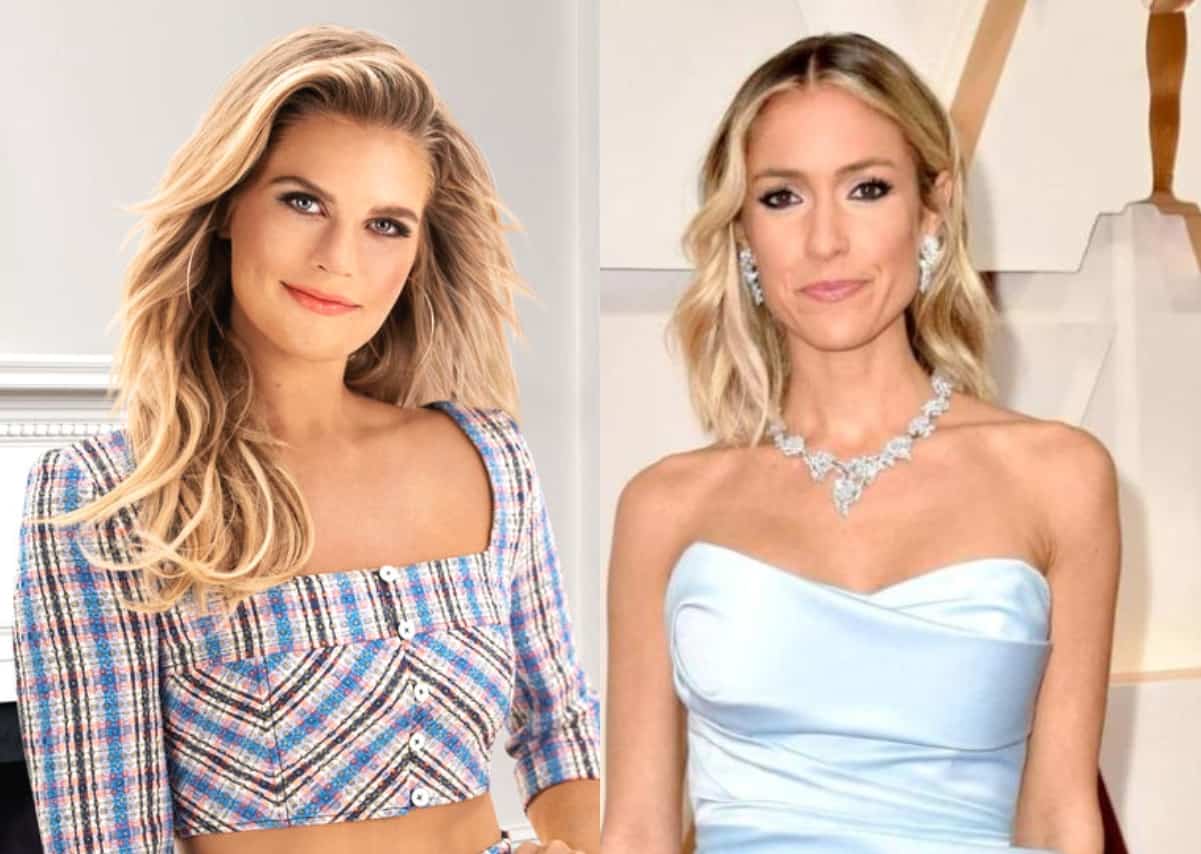 Madison LeCroy is now being accused of mom-shaming  Kristin Cavallari amid the Jay Cutler drama that’s taken the internet by storm as she defends herself against her own mom-shamer.

In a resurfaced clip from her shocking Instagram Live over the weekend, the Southern Charm star took a shot at the mother-of-three’s parenting as she mocked the former Laguna Beach star as she danced on the couch.

“Don’t worry, my kid is at his dad’s,” she snarked as she tried to recreate Kristin’s dance from the video she made with Madison’s ex-boyfriend and co-star, Austen Kroll. “I think when that video was made, [her kids] weren’t, but hey!”

Madison was referring to the Instagram Live that Kristin, Austen, Craig Conover, and Justin Anderson made in December 2020. In that particular Live, Kristen was seen on Austen’s shoulders dancing to Taylor Swift‘s “Mean.” It’s likely no coincidence that Madison also had Taylor Swift playing in the background, but she chose “We Are Never Ever Getting Back Together” instead.

“Oh, I might have to save this Live,” Madison quipped at one point in the video, which has been re-shared by Not Skinny But Not Fat on Instagram.

As fans know, Madison and Austen have been in a tumultuous, on-again, off-again relationship for well over a year. Though Kristin and Austen have both stated that they are strictly friends, Madison obviously had a huge issue with the pair hanging out. As a result, she and Kristin’s ex, Jay, allegedly began their own short-lived fling. After Madison’s Live, both Jay and Kristin also took to Instagram and insinuated that the Southern Charm reality star is a “user.”

“The world is full of users. 10 years. Can’t break that,” wrote Jay, and Kristin also posted the same photo with an identical caption.

The following day, Madison posted “receipts” in an attempt to prove that Jay was the one who pursued her, and in one of her messages to Jay, it’s clear she was trying to convince him she didn’t say anything about Kristin.

“I am disgusted by this whole situation. You reached out to me…” she wrote to the former NFL quarterback in one of the leaked text messages. “Your intentions may have not been pure but that might be you projecting. I’ve never said anything about Kristin nor would I. I came into this honestly with good intentions. I want no part of being involved in a payback or drama. But you initiated and pursued. If you weren’t interested in something real you shouldn’t have [illegible] with me.”

Meanwhile, as the drama between Madison, Kristin, and Jay gets messier by the day, Madison — who is the mother of seven-year-old Hudson — faced her own criticism as a fan attempted to mom-shame her for posting sexy photos on Instagram.

“[You’re] a MOM be [decent] and cover up,” the person commented.

“I am a mom captain obvious,” the star clapped back, adding, “Do you suggest I wear a turtleneck.” 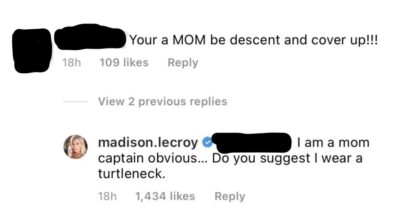 Part one of the two-part season seven Southern Charm reunion is set to air on Thursday night on Bravo at 9/8c.