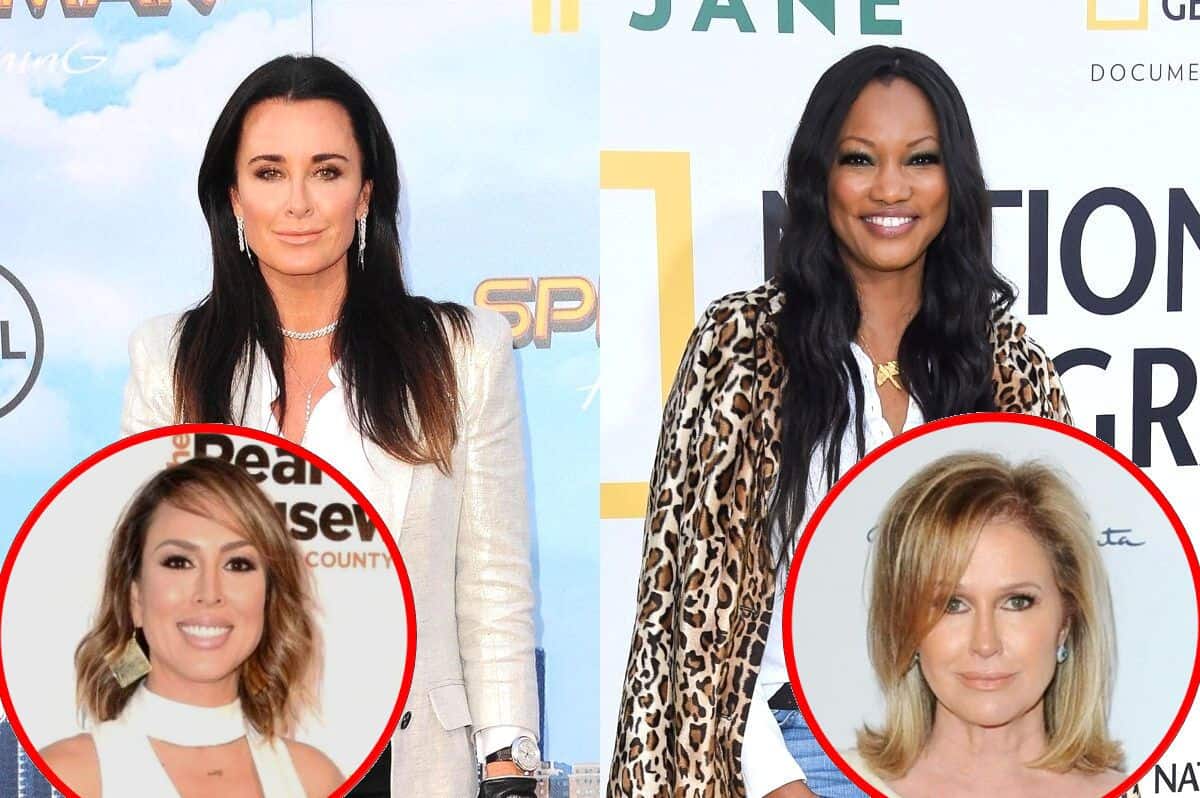 Kyle Richards denies shading her Real Housewives of Beverly Hills co-star Garcelle Beauvais, but she seemingly shades The Real Housewives of Orange County as she talks Kelly Dodd. She also offers an update on working with sister Kathy Hilton on the show.

Rumors began to swirl last week after Kyle posted a pic of her RHOBH “squad” to her Instagram Stories, but one particular cast member was noticeably absent. The photo was taken while the ladies were on their cast trip, and fans immediately began to speculate that Kyle was cryptically stating that Garcelle isn’t a part of the “squad” since she wasn’t featured in the pic alongside Kyle, Erika Jayne, Crystal Kung Minkoff, Lisa Rinna, Dorit Kemsley, and Kathy. 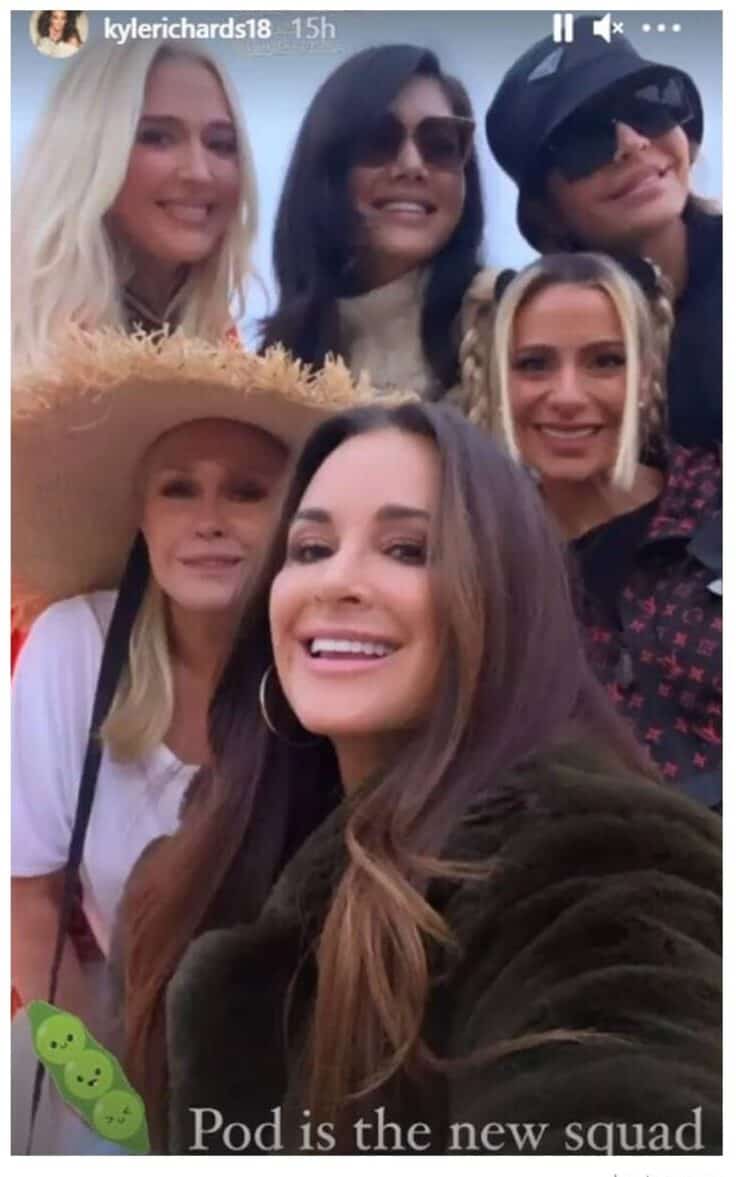 Kyle was caught leaving Il Pastio in Beverly Hills by TooFab with two friends, and she took the opportunity to clear the air when asked about Garcelle’s omission.

“It’s so ridiculous. No one was shading her,” she declared. “She wasn’t there yet.”

The reality star then tried to explain the situation by using the friends she was there with as an example.

“Like right now I have two friends here,” she began. “If there’s some missing, I’m not shading. They’re not here. She wasn’t physically there to be in the photo.” She added, “I don’t know why she made the shady comment because we’re having no issues, so I don’t know.”

It’s unclear what “shady” comment Garcelle has made about the photo in question, but it’s interesting that Kyle said Garcelle wasn’t at the cast trip yet because when The Real co-host was asked on Twitter if she would be attending the cast trip, she simply replied, “No.”

The photog then asked Kyle if she thinks Kelly should be fired from RHOC following her controversial comments and behavior. Though the former child star claims she’s unfamiliar with the happenings of the show and doesn’t want to get involved, she does appear to know enough about Kelly’s “mistakes.”

“Oh my G*d. I don’t follow that show to even know anything,” she replied. “She’s made some mistakes. I don’t know if she should be fired. I don’t even know. No comment on that one. No, I’m staying away from that one.”

Then, she was asked if she would want anyone on her show acting like Kelly, and she swiftly answered, “No.”

As for working with her eldest sister Kathy, who agreed to join the show  in a friend role, Kyle says it’s “interesting.”